“Do you hate the president, Madam Speaker?” Rosen asked.

How did Pelosi respond?

With that, an angry Pelosi stopped, turned, pointed her finger at Rosen, and walked toward him as cameras furiously snapped.

“I did not accuse you, I asked a question,” Rosen replied while Pelosi shot back, “You did. You did.”

Rosen went on to explain that U.S. Rep. Doug Collins (R-Ga.) of the House Judiciary Committee “suggested yesterday that the Democrats are doing this simply because they don’t like the guy. I think it is an important point.” 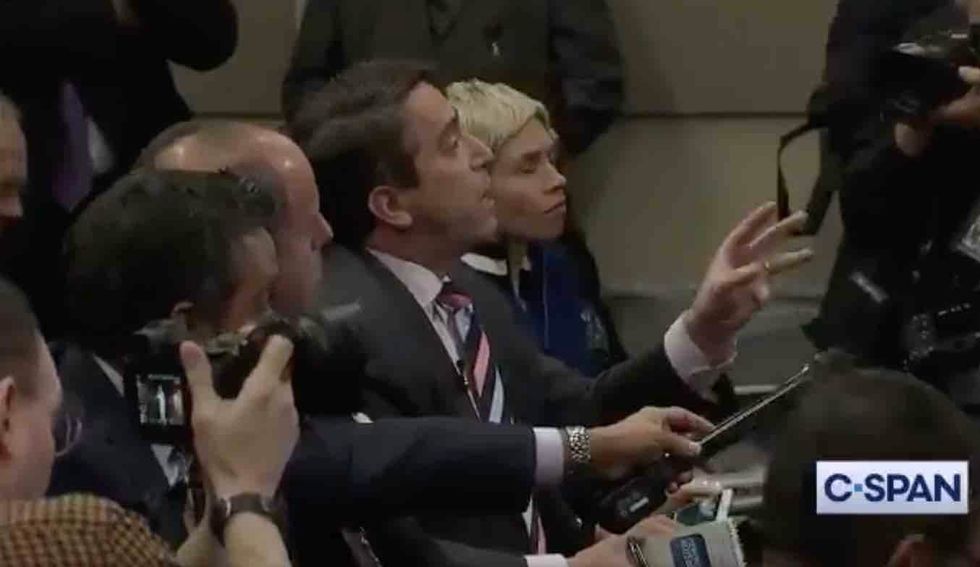 Collins on Wednesday told Fox News the Democrats “have to go out and explain it to the American people why they are trying to impeach a duly-elected president simply because they don’t like him. And they’ve failed many times before. This is just a new attempt.”

Pelosi replied to Rosen that she has “nothing to do with” Collins statement — and then stepped back to her microphone and ripped Trump.

‘I think the president is a coward’

“I think the president is a coward when it comes to helping our kids who are afraid of gun violence,” Pelosi said. “I think he is cruel when he doesn’t deal with helping our DREAMers, of which we’re very proud. I think he is in denial about … the climate crisis.”

Pelosi has ripped into Rosen before

Rosen — a Fox News alum who’s now with the Sinclair Broadcast Group — got a “testy” reply from Pelosi last month after he asked her a whistleblower anonymity question.

“Well, let me just say this,” Pelosi told Rosen, smiling and pointing at him. “I’ll say to you, Mr. Republican Talking Points, what I said to the president of the United States: When you talk about the whistleblower, you’re coming into my wheelhouse.”