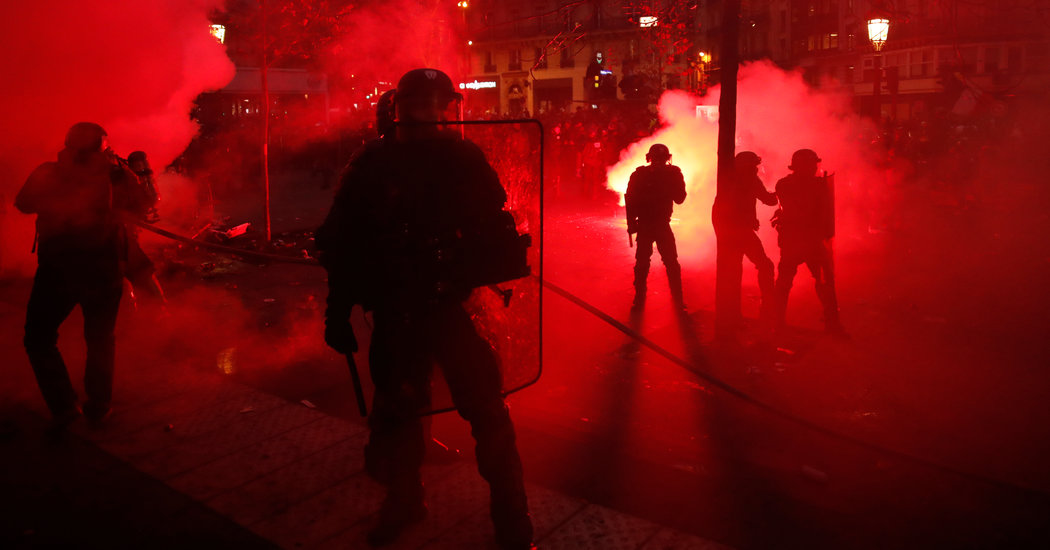 Châtelet, a major metro hub and station for regional trains, was empty by late morning, and virtually all the stores inside were closed. A screen displayed all lines to the outer suburbs of Paris as being on strike, as well as most Paris metro lines.

A scattering of security guards and cleaners working in the giant shopping mall Les Halles, which is connected to the station, said they had woken up earlier than usual to take trains in from the suburbs.

“I can’t afford not to work,” said one cleaner who would only give his first name, Manu, as he washed the floor in front of an empty escalator. He said he was employed on minimum wage for a cleaning company subcontracted by the mall. “I know people are striking over pensions, but it makes things a lot harder.”

The Gare de Lyon, a major hub in eastern Paris that has an elegant clock tower and from where trains leave for cities such as Lyon and Marseille, was nearly empty. One traveler, Alexandra, 28, who declined to give her last name, was trying not to fall asleep, bundled up in a scarf to ward off the biting cold. She said she was waiting for a train to visit family in Lyon, but it had been canceled, and she now had to wait several hours for the next one.

While she felt concerned by pension changes, she said, she disagreed with the strike.

“It’s inconvenient,” she said, adding that for tourists, like those on their way to see the famed festival of lights in Lyon, “It gives a bad image of France.”

But when people strike in France, Alexandra said, “they don’t do it halfway.”

Local businesses and tourism braced for a hit.