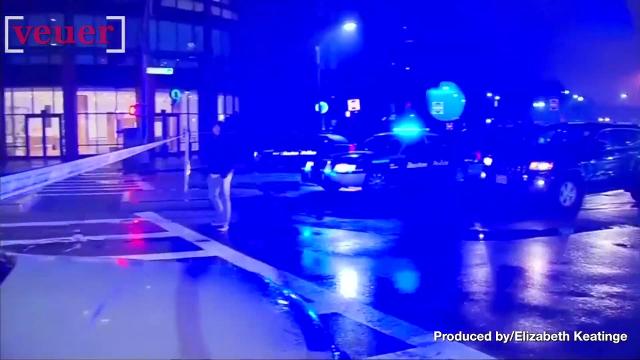 Prosecutors could wrap up their case Thursday in the trial of a former condominium concierge accused in the bizarre, grisly slaying of two Boston physicians whose desperate calls and texts in the final minutes of their lives failed to save them.

Lawyers for Bampumim Teixeira, 33, have not revealed whether he will testify in his own defense, but the case could go to the jury as early as Friday. Teixeira is charged with two counts of first-degree murder, armed robbery and kidnapping in the May 2017 deaths of Richard Field, 49, and Lina Bolanos, 38.

The bodies of the engaged couple were found, hands bound, each in a pool of blood. Chilling photos released this week show the words “he killed my wife” and “Payback” scrawled on the walls of their penthouse.

Boston police Det. Sean Wallace has testified that Teixeira, who was shot by police outside the condominium, told arresting officers, “You guys are going to die” and “They killed my wife.” No evidence, however, has been presented indicating whether Teixeira, a native of West Africa, was ever married.

Teixeira’s lawyer, Steven Sack, has yet to present a defense, but he did tell the jury there is no “credible evidence” that Teixeira burglarized the home or committed the murders “because he didn’t.”

Boston murder case: Couple texted for help minutes before being stabbed to death

Stephanie Hartung, a professor at Northeastern University School of Law who has been following the trial, told USA TODAY that Teixeira’s behavior suggests “he may not have been of sound mind.”

“Some of the statements attributed to Mr. Teixeira, such as ‘he killed my wife,’ reflect a detachment from reality,” Hartung said. “Defense counsel has also suggested to the jury that there is no evidence of a break-in, but again, it is unclear how this might support a theory that undermines Teixeira’s guilt.”

But Heidenreich didn’t see the texts until about 30 minutes later. Heidenreich testified that he called the building’s front desk. Police were then called to the scene, and Boston police officer Scott MacIsaac said he shot Teixeira because the suspect appeared to be holding a gun.

Officers testified they found bags with jewelry, a carving knife, a replica firearm and other items belonging to the couple near Teixeira.

“Although the why to this story may never be fully explained to your satisfaction, the who will absolutely never be in doubt,” Pappas told the jury.