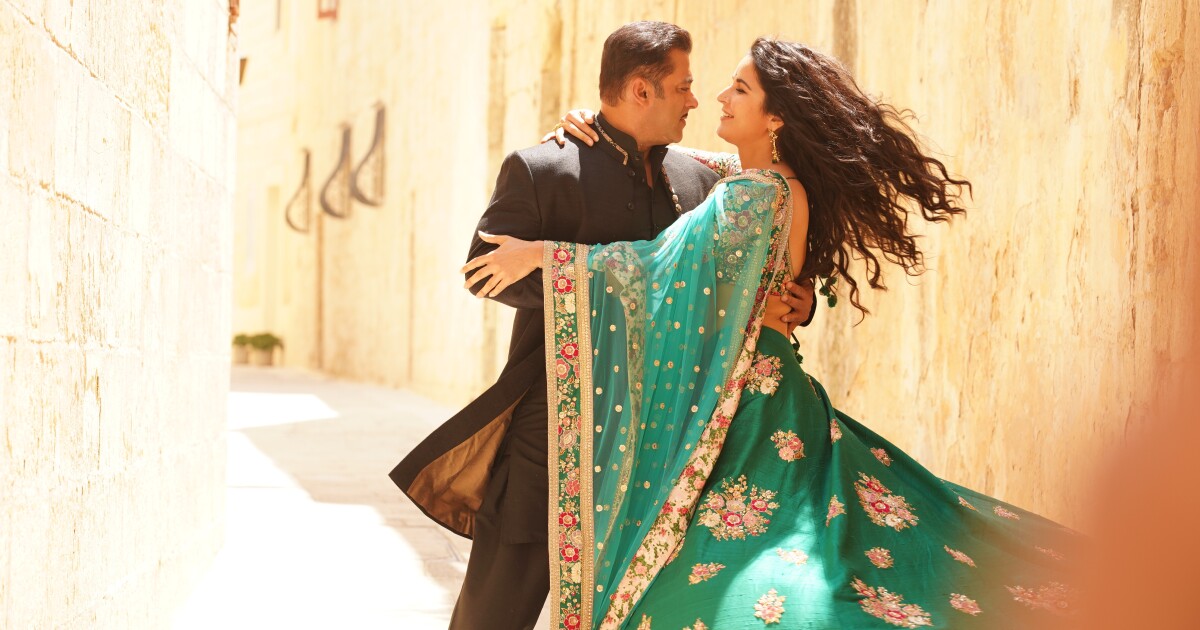 PewDiePie was in trouble.

The snarky Swedish internet sensation, whose real name is Felix Kjellberg, had long held the distinction of having the most subscribers on YouTube. Now he was about to be dethroned.

He complained to his “9-Year-Old Army” — the youthful audience that devours clips of him playing video games and cracking off-color jokes — that a new contender was piling up subscribers at an unprecedented rate.

The two operations traded the lead for weeks. On March 31, trailing by about 100,000 subscribers, Kjellberg posted a diss track called “Congratulations” — a four-minute rap video that included a line about Indians having “poo-poo in their brains.”

T-Series persuaded a court to block the video in India on the grounds that it was racist, and a few weeks later surged into a commanding lead. It now boasts 118 million subscribers, 16 million more than Kjellberg.

“Dheere Dheere,” a 2015 cover of a classic Hindi film song, became a hit for T-Series. (YouTube)

“It was a childish war, but it helped us,” said Neeraj Kalyan, the company’s president. “Now people all over the world know what is T-Series.”

What most do not know is the story behind T-Series — how a family-owned company bucked entrenched rivals, legal challenges, disgruntled artists, murderous gangsters and private tragedy on its way to dominating Bollywood, as India’s prolific entertainment industry is known.

PewDiePie’s rap, in its flippant way, zeroed in on the studio’s checkered origins:

Now you’re at number one, hope you did nothing wrong/

In the 1970s, long before digital subscriber counts and social media wars, a young man named Gulshan Kumar was managing his father’s record shop in New Delhi and saw an opportunity to capitalize on a breakthrough technology: the cassette tape.

Then, as now, the most popular music in India came from Hindi films, which are typically closer to musical theater than Western cinema, with elaborate song-and-dance sequences wedged into by-the-numbers plots. The advent of tape decks meant that customers could compile tunes from different soundtracks onto a single cassette.

With hardly any copyright enforcement, record shops dubbed and sold countless unlicensed rip-offs of LPs. The pudgy, curly-haired Kumar had a genius for anticipating the mix tapes that listeners wanted and churning them out.

“You can’t call it piracy because it was happening in every shop,” said Kumar’s son, Bhushan, 41. “Everyone was re-recording a song and selling it.”

In 1984, Kumar founded T-Series and within a few years had built a state-of-the-art facility outside New Delhi that was manufacturing 80,000 cassettes a day.

As Indian authorities got tougher on copyright infringement, Kumar made his next breakthrough: exploiting a loophole in the copyright law that allowed producers to release cover versions of original songs merely by notifying the license holder and paying a small fee.

Kumar found little-known singers and musicians who could perform pitch-perfect renditions of the beloved, warbling Bollywood oldies. He brought the artists to his studio to record fresh versions in crisp, stereophonic sound, then sold the recordings — often carrying the same name as the originals — for as little as a quarter of the price.

Tapes stamped with the red T-Series logo were hawked on sidewalks, in tea stalls, at watch-repair shops. Taxi drivers installed cassette decks and blasted the new songs with the windows rolled down.

The song “Hawa Hawai,” from the 1987 Bollywood film “Mr. India” starring actress Sridevi, was an early hit for T-Series. (YouTube)

“He made music a lot more easily available to the masses,” said Smruti Koppikar, a longtime journalist in Mumbai, India’s entertainment capital. “It was a mini-revolution.”

“Did he break rules? Yes, he broke some rules. But he made T-Series out of nowhere.”

By the late 1980s, it was believed to control 70% of India’s music market. The artists Kumar plucked from obscurity became stars, breaking the monopoly that a handful of singers had held over the industry for decades.

“T-Series was ostracized by the powers that be in the music industry,” said Gautam Chintamani, a film historian. “They treated Gulshan Kumar like an outsider. He used that to his advantage and created this aura of an underdog.”

There were other innovations too. A devout Hindu — he credited his success to the goddess Mata Vaishno Devi and said the “T” in his company’s name stood for the trident wielded by Lord Shiva — Kumar was the first to bring recordings of devotional songs into the mainstream.

He also produced music in regional Indian languages, tapping into the more than half of the country for whom Hindi isn’t the mother tongue.

That year’s blockbuster film “Hum Aapke Hain Kaun” — “Who Am I to You,” a wholesome romantic comedy centered on a family wedding — had a soundtrack that every producer wished he’d had.

Kumar quickly went to market with his own version that used the original’s title on the cover and mimicked its color scheme and layout. He even included a photo of the film’s stars.

A showcase for compelling storytelling from the Los Angeles Times.

The soundtrack’s producer, the Gramophone Co. of India, sued. Kumar would not live to see the resolution of the case.

One morning in August 1997, the 41-year-old was leaving a Mumbai temple when three men unloaded 16 bullets into his neck and back.

It was Bollywood’s most sensational murder. As the investigation unspooled in the national media, it exposed the film industry’s worst kept secret: the growing influence of organized crime.

At a time when India’s socialist economy was opening up and movie producers were struggling for financing, underworld figures latched on to them to launder money.

Kumar’s associates said he had refused demands by representatives of Dawood Ibrahim, India’s most notorious gangster, that he pay nearly $4 million of his estimated $130-million fortune as protection money, according to Koppikar, who covered the killing for a national magazine.

Bhushan Kumar said his father had received a threatening call the day before he died.

“He still went to the temple without any security,” he said. “He had that kind of belief that, ‘If anything happens to me, it’s just because God wants me.’ ”

An associate of Ibrahim eventually confessed to the killing and is serving a life sentence.

Control of the company fell to Bhushan Kumar, who was 19 at the time and living a privileged life of exotic cars and foreign holidays.

“He wanted me to enjoy my childhood the way he never could,” Bhushan Kumar recalled.

T-Series struggled to maintain its primacy. In 1998, a Delhi court ruled against the company in the soundtrack case, setting the stage for tougher regulations that ended its ability to mass-market cover songs.

It took years for management to bounce back with a slew of original films and albums. In 2007, however, a new threat arose: YouTube.

The world’s biggest video-sharing platform went online in India the next year and T-Series, like other media companies, soon found its songs showing up on the site without permission.

T-Series, so long accused of stealing the work of others, sued YouTube for — yes — copyright infringement. The legal battle ended in a settlement in 2011. The company soon started its first YouTube channel and began digitizing its massive music library.

The song “Nimboda Nimboda” was adapted from a northern Indian folk tune for the 1999 film “Hum Dil De Chuke Saman.” The T-Series soundtrack is one of the most popular Bollywood albums of recent decades. (YouTube)

The “Jio effect” has doubled the number of Indians online to nearly 600 million, half of them in rural areas. This gigantic population of new users, hooked on music and movies, is reshaping the digital world. Three of the 10 most subscribed channels on YouTube now are from India.

“Until now Indians in villages have been on the fringes of the internet economy,” said Kalyan, the T-Series president. “Now they are experiencing it for the first time, and that means an explosion of consumption across media.”

When YouTube started, it was largely a platform for quirky solo diarists and silly pet clips. Now it’s increasingly ruled by media companies.

Fans lament that independent stars have little hope of keeping up. Or, as PewDiePie put it in his diss track: “Guess to beat one Swedish boy, you need a billion Asians.”

The company has launched a new generation of stars. Guru Randhawa, a 28-year-old singer who signed with T-series in 2016, has seen his videos collect well over 5 billion views.

Randhawa, the son of a veterinarian, blends American hip-hop with the bhangra sounds of his native Punjab. This year he teamed with the Cuban American rapper Pitbull on the song “Slowly Slowly.”

The video they shot in Miami shows Randhawa, wearing a tuxedo and the steel kara bangle favored by men of the Sikh faith, partying with Pitbull at a waterfront bungalow overflowing with skimpily dressed models.

Randhawa described the collaboration as the type of flashy hit that defines T-Series.

“I’ve never given songs to anyone else,” Randhawa said. “All the record labels call me. Whenever any music app launches, they come to me. I always tell them the same: ‘I’m with T-Series.’ It’s like family.”

The duel with PewDiePie earned a lot of hype, but company officials say they are more focused on total views, which determine how much advertising revenue YouTube videos earn. T-Series has long been No. 1 by that metric, too, averaging 2.9 billion views per month over the last year, according to Tubular Labs, which collects audience data. The nearest competitor is a children’s nursery-rhyme channel called Cocomelon, at 2.5 billion monthly views.

T-Series officials declined to disclose specific figures, but out of $153 million in total revenue last year, earnings from digital platforms including YouTube reached into the tens of millions of dollars.

Kalyan said the market extends far beyond India, with about 40% of views coming from abroad.

Working out of an industrial park outside Delhi, where trophies and plaques from YouTube bedeck the halls, a dozen employees upload new music videos and movie trailers almost daily as T-Series expands the biggest song catalog in Bollywood — 180,000 tracks — and produces as many as 20 films a year.

Next year, megastar Aamir Khan is due to play the lead role in the biopic “Mogul,” which producers describe as a paean to a man who changed the Indian entertainment industry forever: Gulshan Kumar.