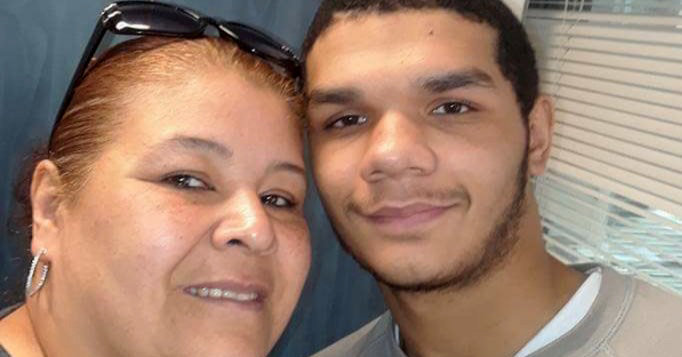 “This captures almost everything that’s wrong about Rikers Island,” said Councilman Rory Lancman, a Queens Democrat who supports changes to the criminal justice system. “A kid in jail with mental health issues not being appropriately treated — if that is not an argument for reforming our criminal justice system, especially related to Rikers Island, then I don’t know what is.”

Federal prosecutors in Manhattan are conducting a preliminary review to determine whether there is sufficient evidence to open a criminal investigation, according to three people with knowledge of the matter.

The union representing corrections officers did not respond to requests for comment, but the union president, Elias Husamudeen, strongly denied to The Daily News on Wednesday that the four officers had stood idly by and watched while Mr. Feliciano tried to hang himself. “That’s preposterous, that’s almost criminal,” Mr. Husamudeen said. “That never, ever happened.”

The suicide attempt was captured on a video feed that the officers are expected to monitor periodically, according to several people with knowledge of the incident. The actions of the officers, including a supervisor, were recorded by a separate camera, they said.

Lawyers with the Legal Aid Society, which represents Mr. Feliciano, said he had a history of past suicide attempts and mental health problems. The organization said the city jail system had a poor track record of protecting people at risk for taking their own lives.

“This outcome underscores the New York City Department of Correction’s inability to safeguard the youngest people in its custody,” Redmond Haskins, a spokesman for the Legal Aid Society, said. “It represents a colossal failure of supervision and leadership, one for which we demand answers before another New Yorker leaves the New York City jails in critical condition.”

Mr. Feliciano received youthful offender status following a robbery charge, which meant he received a shorter sentence than an adult and his criminal record was sealed, officials said. He was released from state custody in October, but state officials said he violated the terms of his parole within weeks.