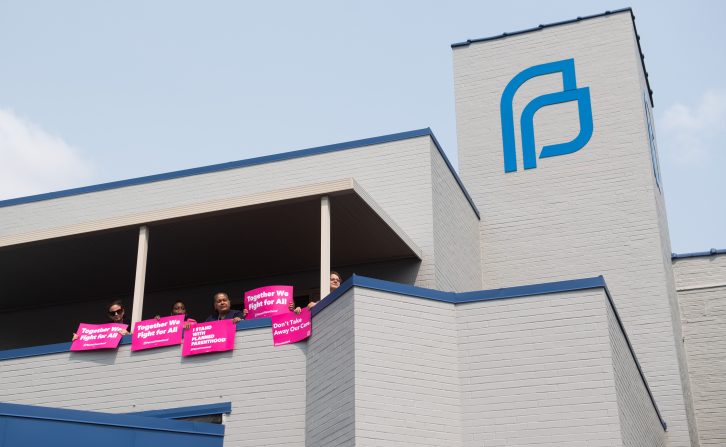 The Center for Medical Progress, pro-life activist David Daleiden’s organization, is suing a former Planned Parenthood employee over her claims that the group fabricated videos showing her candidly discussing the harvesting of body parts from aborted babies.

The pro-life group filed a defamation lawsuit against Dr. Savita Ginde, a former Planned Parenthood chief medical officer who was captured on camera describing the abortion industry’s organ harvesting operations. Ginde has claimed the videos are edited and fake on multiple occasions. In one video, Ginde is seen with another Planned Parenthood employee discussing the potential sale of fetal tissue and noting that some fetuses can come out of an abortion completely intact. The videos, recorded by Daleiden and another activist posing as prospective fetal body part buyers, were publicized in 2015.

“I welcome Planned Parenthood and other abortion providers, current and former, speaking honestly and publicly about their work, especially as it regards fetal experimentation and organ harvesting,” Daleiden said in a press release. “But anyone who tries to attack our undercover reporting by making false statements about our work should expect to make a public correction or be held accountable in a court of law.”

The lawsuit stems from a TEDx talk Ginde delivered in which she said the videos had been “spliced and diced” and told a “completely fake” story. “In the videos in which I am featured, many of my words are taken out of context, others are actually dubbed in, and actions are attributed to me that never actually happened,” Ginde said in the speech. She also wrote a book titled The Real Cost of Fake News: The Hidden Truth Behind the Planned Parenthood Video Scandal.

“The First Amendment protects the rights of every American, including Dr. Ginde, to disagree with my clients and express their own views publicly–but when someone makes demonstrably false statements and refuses to correct them, as Dr. Ginde repeatedly did in multiple forums, our clients have the right to set the record straight in court, and we look forward to our day in court against Dr. Ginde,” Dhillon said in a statement.

The lawsuit follows a legal defeat for Daleiden and the CMP. In November, Daleiden said he would appeal a ruling that he must pay $2.2 million to Planned Parenthood for security fees and damages caused after publishing the series of undercover videos. The jury ruled that Daleiden caused substantial harm to the abortion provider by publishing the videos.

The publishing of the videos sparked a combative investigation by then-California attorney general and former presidential candidate Sen. Kamala Harris (D., Calif.). In addition to the civil penalties, Daleiden is also facing criminal charges stemming from his undercover recording techniques.

Planned Parenthood and Ginde did not respond to email requests for comment on the lawsuit.