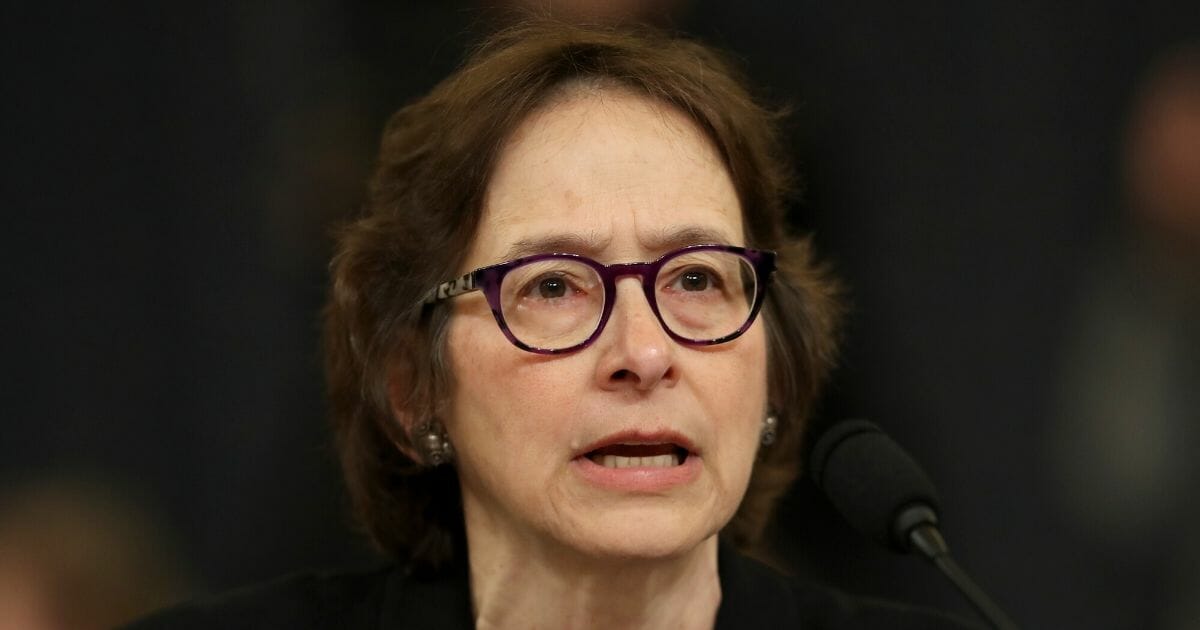 Breitbart reported that Harder was one of seven California Democrats to win a Republican-held seat in the Golden State in 2018.

Warren was among the first Democratic presidential candidates to call for Trump’s impeachment following the release of Special Counsel Robert Mueller’s report in April.

The senator supported impeachment despite Mueller’s team finding the Trump campaign had not colluded with Russia.

The report provided no conclusion on whether Trump obstructed justice during the 22-month long investigation, but that’s a pretty hard case to make if there was no underlying crime to cover up.

During her opening statement before the House Judiciary Committee on Wednesday, Karlan testified, “Everything I read … tells me that when President Trump invited, indeed demanded foreign involvement in our upcoming election, he struck at the very heart of what makes this a republic to which we pledge allegiance.”

Do you think Karlan should not have been chosen to testify, given her bias?

“The evidence reveals a president who used the powers of his office to demand that a foreign government participate in undermining a competing candidate for the presidency,” Karlan said.

Near the close of her opening remarks, the legal scholar pulled a Rep. Adam Schiff parody move by attributing words to Trump he did not say.

“What would you think if that president said, ‘I would like you to do us a favor, I’ll meet with you and I’ll send the disaster relief once you brand my opponent a criminal,’” the professor said.

“Wouldn’t you know in your gut that such a president had abused his office? That he betrayed the national interest? And that he was trying to corrupt the electoral process?”

“If we are to keep faith with our Constitution and our Republic, President Trump must be held to account,” Karlan concluded.

It’s not enough that she attack a President she opposes, @realDonaldTrump.

Or that she crosses the street rather than walk by the Trump Hotel.

Now she goes after the President’s 13 year old son.

The only problem with the professor’s analysis is that Trump made no such quid pro quo demand during his July 25 call with Zelensky.

The aid was released in mid-September. Zelensky has repeatedly said that he did not feel pressured during the call with Trump. Further, neither he nor his officials believed opening an investigation into the Bidens was tied to the release of the aid.

And guess what? Ukraine opened no investigation into the Bidens.

“The only non partisan expert witness has been Professor Turley. It’s been 3 against 1, but thus far the 1 has been more objective and persuasive than the 3,” Dershowitz tweeted.

The only non partisan expert witness has been Professor Turley. It’s been 3 against 1, but thus far the 1 has been more objective and persuasive than the 3.

Karlan is clearly a partisan: Her campaign donations and testimony prove it.