The Trayvon Martin case was built on a fraud, with a key witness being swapped out with an imposter when the real witness wouldn’t testify, George Zimmerman said in a lawsuit Wednesday.

The lawsuit says Martin was on the phone with his girlfriend, a vivacious 16-year-old named Brittany Diamond Eugene, when Zimmerman killed him on Feb. 26, 2012. At trial, prosecutors produced the plump, slow-spoken 18-year-old Rachel Jeantel as the girl who had crucial insight into his final moments by being on the phone with him.

The lawsuit says Eugene refused to provide the version of events used to build a narrative of racism at trial, so Jeantel, who reads at a fourth-grade level, was pressured into pretending to be “Diamond.”

The lawsuit seeks $100 million and names both young women as defendants, plus Martin’s parents, who it says were well aware of the swap.

Zimmerman’s lawyer filed the lawsuit in state court in Florida and it also targets the state of Florida and its prosecutors, who allegedly initially falsely told the defense that Martin’s cellphone was too damaged to extract its data, when it actually contained evidence damaging to their case. That includes not only evidence of the witness swap, but also texts showing Martin previously discussing gun sales and bragging of beating up a “snitch” and saying, “He aint bleed nuff 4 me, only his nosez.” Prosecutors also ran out the clock by repeatedly ignoring the defense’s entitlement to exculpatory evidence, the suit says.

It additionally names Benjamin Crump, the civil attorney for Martin’s parents, who rode the case to fame and wrote a book about “genocide” of “colored people” despite allegedly playing a key role in a hoax.

Each and every one of them … instituted, ordered, commanded, conspired, and covered up the illegal substitution of Defendant Eugene, a legitimate phone witness to the days, hours and minutes before the death of Trayvon Martin with Defendant Jeantel, an imposter and fake witness, who told a made to order false storyline to prosecutors in order to cause Zimmerman to be arrested, tried, and convicted for second degree murder and sentenced to life in prison in a case that had already been investigated and closed by the Sanford, Florida police department, and after they had already exonerated Zimmerman, having concluded Zimmerman had acted in self-defense with no probable cause for arrest based on eye-witness testimony, physical evidence, and 911 audio recordings.

Rachel Jeantel, who testified in the Trayvon Martin case, is pictured along with a comparison of her signature with that on a letter she says she signed. (Joel Gilbert/”The Trayvon Hoax” book) 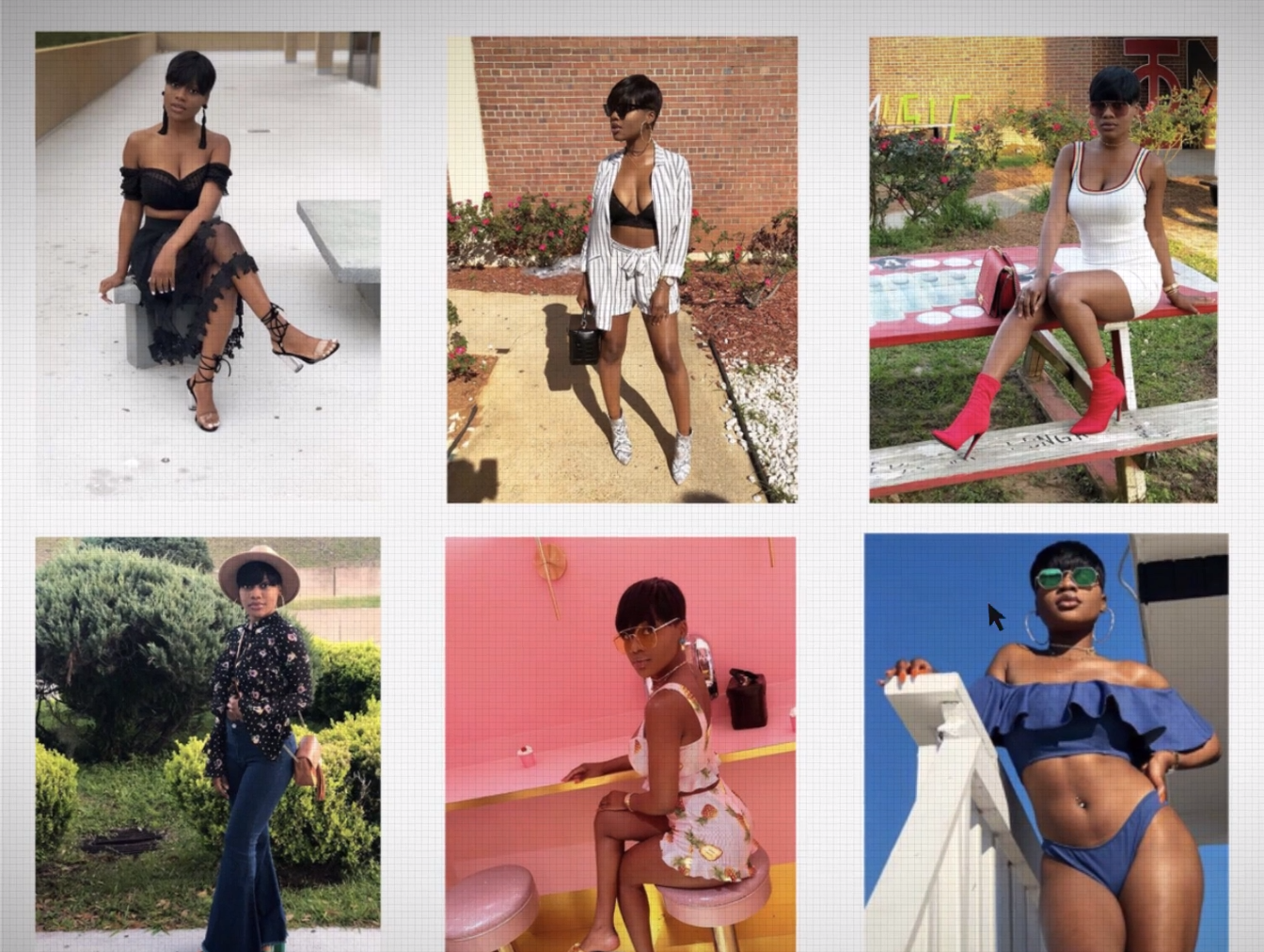 That changed March 19, 2012, when Crump recorded an audio interview in which Martin’s 16-year old girlfriend, “Diamond,” provided a contradictory tale based on her being on the phone with him at the time of the incident. The tape precipitated the arrest of Zimmerman on April 11, 2012.

Phone records show Eugene and Martin spent hours on the phone with each other on a daily basis and exchanged loving and sexual texts, the lawsuit says.

After the shooting, Martin’s girlfriend came to the home of Martin’s mother, Sybrina Fulton, and provided a short letter memorializing her knowledge as the person on the phone at the time of his death. The letter was signed Diamond Eugene. Fulton did not tell prosecutors or the defense about the letter for nearly a year.

The lawsuit says Crump pressured Eugene to provide the audio statement that supported a narrative of racism, but that she refused to do the same in court.

Prosecutors initially had no contact with Eugene except through Fulton, but on April 2, 2012, they insisted on meeting her, so Fulton led them to her residence, it says. They knocked on the door and were referred to a different house, where Jeantel answered and claimed to be Diamond Eugene.

“Defendant Eugene could in no way be mistaken for Defendant Jeantel, who was 2 years older, 5 inches taller, and about 120 pounds heavier than Defendant Eugene. Defendant Fulton was alarmed and immediately called Defendant Eugene, who tweeted at about that same time at 6:27 PM ‘Trayvon Martin Mom just called me’ and at 6:32 PM ‘She thought I was Trayvon Girlfriend, Asking Me Hella Questions,’” the lawsuit said, citing phone records and social media records.

Jeantel was an 18-year-old ninth grader who read at a fourth-grade level, it says.

Martin’s parents both lied repeatedly to cover up the swap, the lawsuit says.

To explain the name on the letter and the changing age of the girlfriend, Jeantel testified that she initially gave a “fake name” and “fake age” and lied about why she wasn’t at Martin’s funeral.

The difference in the voices is stark between the initial call Crump released and the testimony provided by Jeantel, who spoke in a deep, slow mumble. 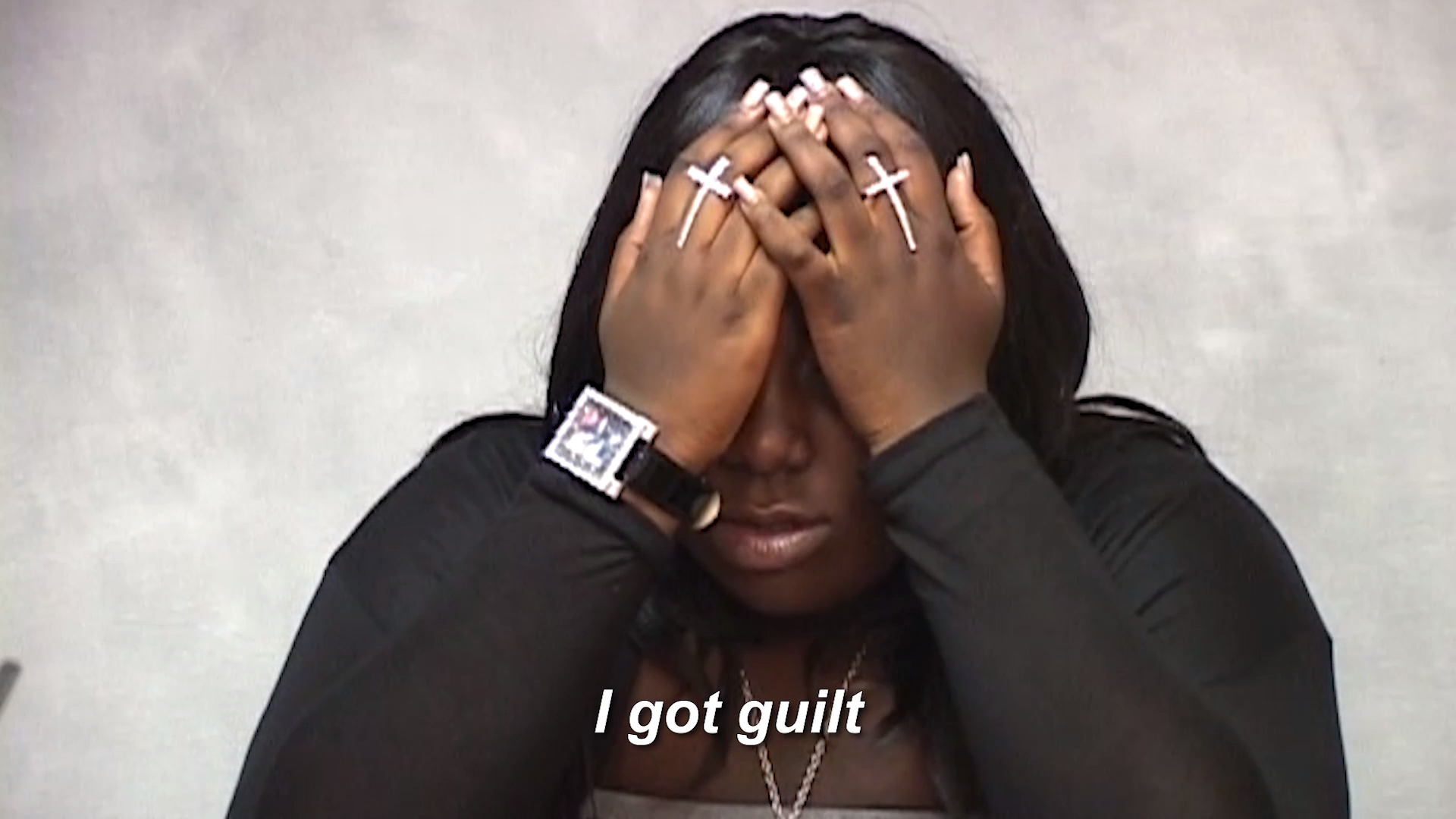 Rachel Jeantel, who said she was on the phone with Trayvon Martin, is pictured. (Screenshot from “The Trayvon Hoax”)

The lawsuit is based on the investigative work in a book and movie called the “The Trayvon Hoax” by Joel Gilbert, a Hollywood director who has made entertainment films as well as conspiratorial conservative films.

“The Trayvon Hoax,” however, attributes its conclusions almost entirely to specific contents of cellphone data related to the criminal case, which Gilbert obtained under Florida’s expansive open-records law, as well as copious social media postings by the young people involved.

Martin’s dad Tracy Martin — who fathered six children with five women and spent time in prison for trafficking $1 million in cocaine — admitted to police that the cries of “help” on a 911 call came from Zimmerman, not his son, but later changed his story, the suit says.

Crump issued a statement on behalf of himself and the parents. “I have every confidence that this unfounded and reckless lawsuit will be revealed for what it is – another failed attempt to defend the indefensible and a shameless attempt to profit off the lives and grief of others,” he said.