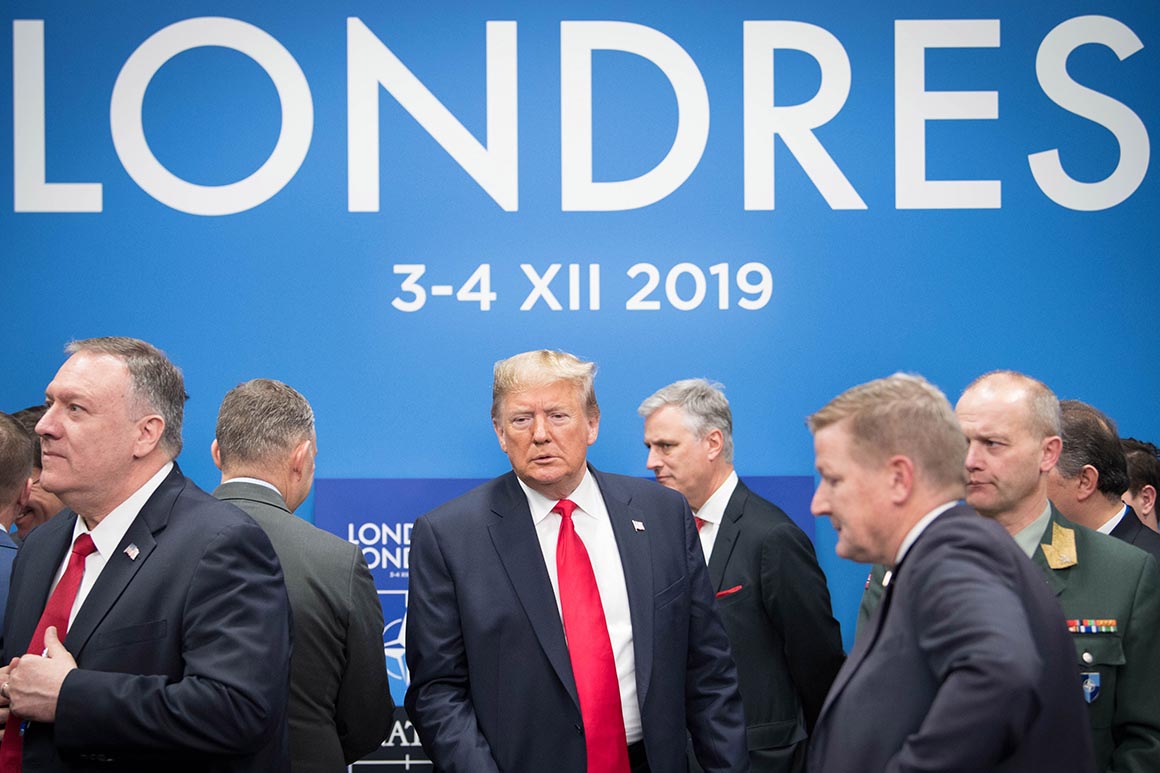 America doesn’t have a major telecommunications network equipment manufacturer — the main players are European companies Ericsson and Nokia, in addition to China’s Huawei and ZTE — but Trump would like Apple or another American tech company to step in.

Most U.S. allies prefer to place limits and conditions on Huawei while stopping short of a full ban. Countries with existing Huawei 4G networks would face years of litigation and costly replacement if they were to abruptly replace the networks.

President Trump’s main target is China, and he brought his anger to the NATO table.

He pressed allies to get wise to the Chinese Communist Party, which he sees as an unrepentant currency manipulator and intellectual property thief, enabled by state-linked companies that cheat their way to market domination. The International Monetary Fund has found that China was not a currency manipulator.

Trump has also had an up and down relationship with the European Union, which negotiates trade terms for its 28 member countries. Trump struck a trade truce with EU negotiators after a White House visit by EU negotiators in June 2018, but has on several occasions slapped tariffs on specialty export products from sensitive industries and regions in Europe. Hopes of a broader U.S.-EU trade deal are “in the freezer” according to Europe’s recently departed trade commissioner, Cecilia Malmström.

At the NATO gathering, Trump tussled with Macron over the issue, lashing out over a tax France recently levied on American tech companies that operate in the country. In response, the Trump administration on Monday threatened to hit luxury French items with 100 percent tariffs, threatening a truce the two countries had reached in August.

The president was more equanimous toward the British while at the NATO meeting, issuing a public reassurance that he would not negotiate an opening for private American companies to obtain contracts with Britain’s public health system. The possibility has become a point of contention during the U.K. elections, with Corbyn saying such an outcome would drive up drug prices in the country.

Trump also had kind words for the updated trade deal he struck with Canada and Mexico, repeatedly urging Congress to approve it.

Debates about the future of NATO have focused on how much alliance members should spend on the military, as well as how the organization should prioritize national security threats.

On spending, Trump spent his time at the NATO gathering this week chiding Germany and Canada for their lagging investment levels, while hosting a lunch for the countries that have hit a hit a voluntary target of spending 2 percent of their GDP on military expenses.

And on the topic of national security threats, Trump sparred with Macron over the fight against the Islamic State, with the French leader openly telling his American counterpart that he didn’t feel the fight was finished, as Trump has largely proclaimed.