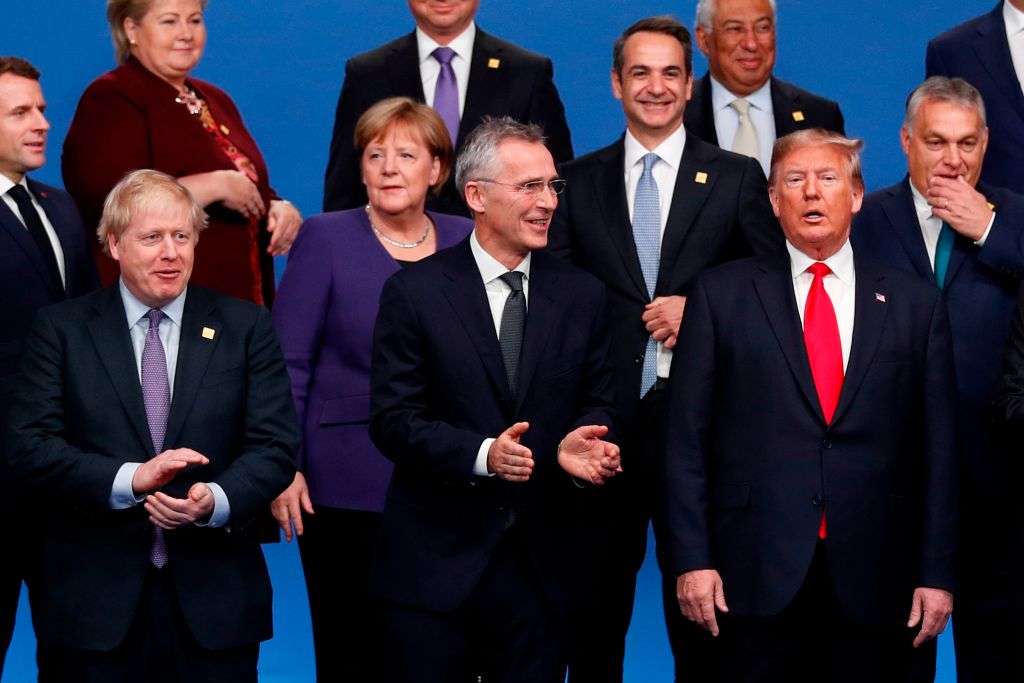 A group of world leaders representing the meager dregs of the old European empires were caught on video Tuesday evening discussing their admiration for President Donald J. Trump’s legendary stamina.

The video was recorded in London, where chief executives from a number of formerly great countries, as well as the United States, were gathered for a NATO summit.

“He was late because he takes a 40-minute press conference off the top,” Trudeau says to the group, an apparent reference to the American president, who is renowned for his ability to answer tough questions from his enemies in the media. Earlier in the day, Trump spoke with reporters for nearly an hour at the U.S. ambassador’s residence in London.

“Oh, yah, yah, yah,” Trudeau adds in a jarring Canadian accent that exudes weakness. Macron can been seen interjecting, presumably to offer his own laudatory assessment of Trump’s physical and mental endurance, but his comments could not be heard on the video.

Trudeau is later heard saying, “You just watched his team’s jaws drop to the floor.” It is unclear what he is referring to, but it can be assumed that Trudeau is marveling at the fact that even White House staffers who work with Trump on a daily basis continue to be amazed at the relentless stamina of their commander in chief.

.@JustinTrudeau, @EmmanuelMacron, @BorisJohnson and other VIPs shared a few words at a Buckingham Palace reception Tuesday. No one mentions @realDonaldTrump by name, but they seem to be discussing his lengthy impromptu press conferences from earlier in the day. (Video: Host Pool) pic.twitter.com/dVgj48rpOP