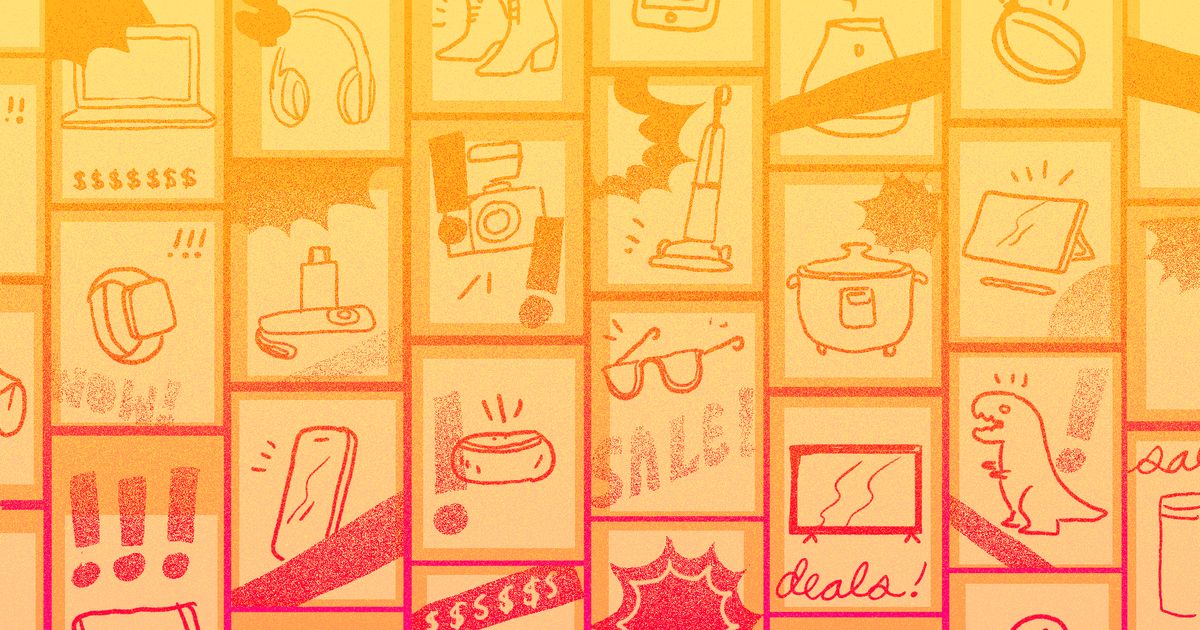 Both Black Friday and Cyber Monday have passed, and you can probably guess what we spent the entire weekend doing: Scouring every retailer for the best deals so that we could tell you about them.

But, that doesn’t mean we didn’t find some time to take advantage of those deals ourselves.

If you’re wondering what we spent our money on, some of it was items that we plan on gifting to others for the holidays, while the rest was just stuff that we wanted. (Treating yourself is key to self-care.) Below, what we bought on Black Friday and Cyber Monday this year.

“My late 30s seemed like a good time to purchase my first new mattress (street mattresses are free! Kidding. Sort of.), so I surveyed all my fancy, adult-y friends who’d already bought new mattresses to find out what they loved to sleep on. Leesa Hybrid was the winner, and I kept my eyeballs open for a deal and ordered the darn thing from my phone when they had a limited-time deal while I was on my way to Pittsburgh for the holiday. So far, it seems like a good purchase, but honestly, anything is better than the 10-year-old trash bed my husband has had since he moved to New York.” —Annie Colbert, Executive Editor

A bunch of stuff at Glossier

“I usually only buy makeup when I’m stressed (Election Day was a big spending day) or if it’s on sale. I think Google knows that, so I got a targeted ad for Glossier’s Black Friday sale (20% off everything) and stocked up on basics for myself, and little gifts for a couple of friends who are better at makeup than I am.” —Annie Colbert, Executive Editor

“I got this inflatable kayak for $50. When it’s not inflated, it’s really small and can pretty much fit into a backpack. Planning to give this as a gift to my brother, who is really into ATV riding, so he’ll be able to pack it onto the back of his four-wheeler.” —Nicole Cammorata, Shopping Editor

“I also got these fun, Nordic-looking winter socks that bring me more joy than they probably should.” —Nicole Cammorata, Shopping Editor

“As a lot of us do, I mostly used Black Friday and Cyber Monday as an opportunity to get my holiday shopping done (I bought some stuff for myself, too). My mom is really into self-care and loves a good bath bomb, so I got her this container of three during Ouai’s Cyber sale. I love Ouai’s other products, so I figured their bath bombs would be a safe bet. Let’s hope she likes them!” —Dylan Haas, Shopping Reporter

A big ass candle to get into the holiday spirit

“I’m about as obsessed with candles as Jan Levinson-Gould from The Office, and the holidays are when I go way too hard on candle shopping (those Bath and Body Works sales are just way too good). I usually don’t buy ones that are this big, but I’ve tried the smaller version of Target’s Fireside candle and loved it — since the gigantic 34.1-ounce size was only $20, I had to pick it up.” —Dylan Haas, Shopping Reporter

“My little sister is obsessed with sloths. She thinks they’re extremely cute and has a ton of sloth-themed items at home. Since she’s going off to college soon, I wanted to get her some dorm room essentials for Christmas to send with her — so I got her this adorable sloth-shaped coffee mug to help fuel those upcoming schoolwork all-nighters.” —Dylan Haas, Shopping Reporter

“I have the Pura device in my apartment and I love it, and I thought my dad would think it’s cool. The device itself is $39 and individual fragrances are $12, so getting this gift set with the device and four fragrance for $59 was a great deal.” —Miller Kern, Shopping Reporter

“Cyber Monday is one of my favorite holidays for clothes shopping. The sales this year weren’t anything super crazy, but I did get some sweaters from American Eagle for 40% off, a blazer/skort set from Forever 21 for $28, and a good pair of jeans from Urban Outfitters for $10 off, which was a pretty measly discount TBH, but I’ve been wanting the jeans for a while.” —Miller Kern, Shopping Reporter

“My mom has a cheap pair of knock-off AirPods, so when I found out real AirPods would be dropping to $129, I felt like I had to get them for her. I tried buying them at 1 a.m. on Black Friday and they were already sold out at Walmart. I got them at Amazon for that price, but they sold out pretty quickly after that. Also, praying my mom doesn’t read this and spoil her Christmas present.” —Miller Kern, Shopping Reporter

“I’ve been meaning to upgrade a few things on my PC for a while, and I was going back and forth between getting an Intel processor and an AMD processor. But when I saw the deal on the AMD Ryzen 7 2700 CPU, the choice was made for me. You can’t beat paying only $140 for a processor like that.” —Kellen Beck, Entertainment Reporter

“I was wanting a Bluetooth speaker and I got a really good deal on this one for my mom during Prime Day. She really loved it, so I was looking for it again during Black Friday. It was pretty fairly priced already, but getting it for $10 off is still really nice!” —Lily Kartiganer, Assistant Growth Editor

“I was considering buying Crash Team Racing for the Switch to set up a family Christmas throw-down (we played it a lot when I was a kid), and when I spotted $20 off an extra Joy-Con on Amazon, it sealed the deal for me — previously I had never seen one cheaper than $69.99. (I also bought Crash Team Racing on sale at the same time for $24.99).” —Kristen Welling, Sr. Manager of Digital Analytics

“Disclaimer: I’m a yarn addict. I’m notorious for buying tons of yarn with specific plans for each skein, but I rarely finish a project that’s not a gift for someone else. 40% off these gorgeous sweater kits was just too good to pass up! Maybe I’ll have one of them finished by 2021?” —Kristen Welling, Sr. Manager of Digital Analytics

“I was looking for a good deal on a weighted blanket as a gift for someone and stumbled across this one featured on Amazon. It’s always nice to save some money on holiday gifts I plan on buying anyway!” —Kristen Welling, Sr. Manager of Digital Analytics

“Madewell sends me so many emails, but I noticed that their 30-percent-off sale was not just online, but also in-store (and through Monday, on which I was planning to avoid crowds and go to the mall). So that worked well!” —Sasha Lekach, Transportation Reporter

“The restaurant, Señor Sisig, sent me an email and, like a sucker, I bought it through that email. $21 for $25 worth of food!” —Sasha Lekach, Transportation Reporter