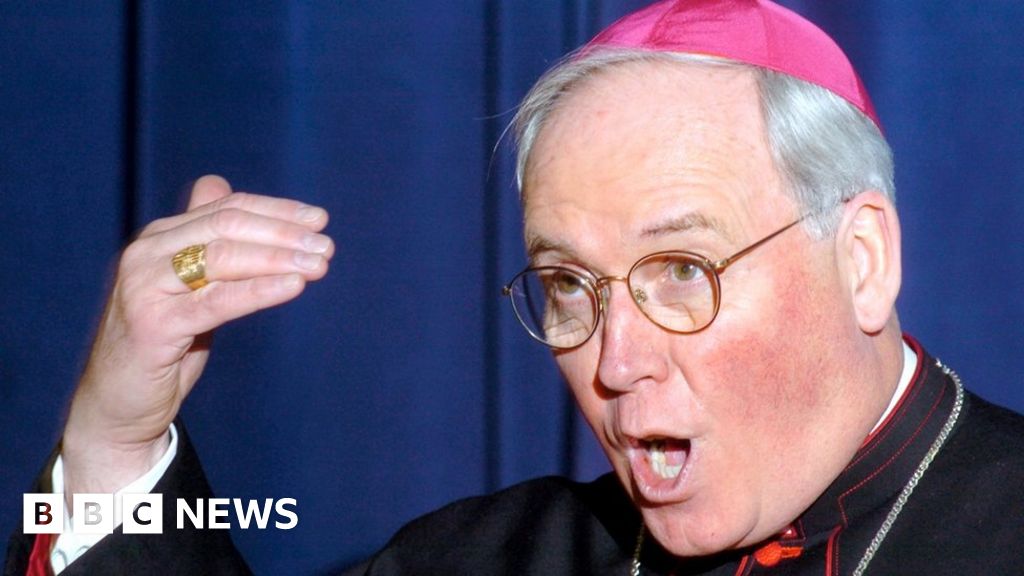 The Vatican has announced the resignation of a US bishop who faced widespread criticism for his handling of sexual abuse claims.

It is facing more than 200 lawsuits and an FBI investigation.

In a statement, Mr Malone said that “after much prayer and discernment” he had decided the diocese would be better served by a new bishop.

At 73, he is leaving earlier than the 75-year mark that is the mandatory age for bishops to offer their retirement.

“As you are well aware, we have faced tremendous turmoil over the past year-and-a-half,” Mr Malone said in the statement.

“Some have attributed this to my own shortcomings, but the turmoil also reflects the culmination of systemic failings over many years in the worldwide handling of sexual abuse of minors by members of the clergy.”

Mr Malone was accused of cover-ups and faced embarrassing leaks.

One contained Mr Malone’s interactions with Church lawyers which appeared to try and limit the damage of abuse allegations.

Secret audio recordings this year suggested Bishop Malone was worried a scandal involving sexual harassment of a seminarian by a pastor “could be the end of me as bishop”.

Another leak showed that he was hesitant about removing a priest whom he referred to as a “sick puppy”.

The diocese had avoided any major scandals until 2018 when complaints of abuse started emerging.

In March of that year, Mr Malone released a document showing 42 priests who had been accused of sexual abuse, mostly from past decades.

But his former assistant said an earlier draft contained upwards of 100 names.

A recent poll conducted by The Buffalo News suggested that 86% of local Catholics wanted the bishop to go. Fewer than 3% of those surveyed said he should stay on.

A petition signed by more than 12,000 people called for his departure.

“I have concluded after much prayer and discernment that the spiritual welfare of the people of the Diocese of Buffalo will be better served by a new bishop who perhaps is better able to bring about the reconciliation, healing and renewal that is so needed,” Mr Malone said.

Mr Malone will be replaced on a temporary basis by Albany’s bishop, Edward B Scharfenberger.

“I will be doing a lot of listening and learning,” the new bishop said in a statement.