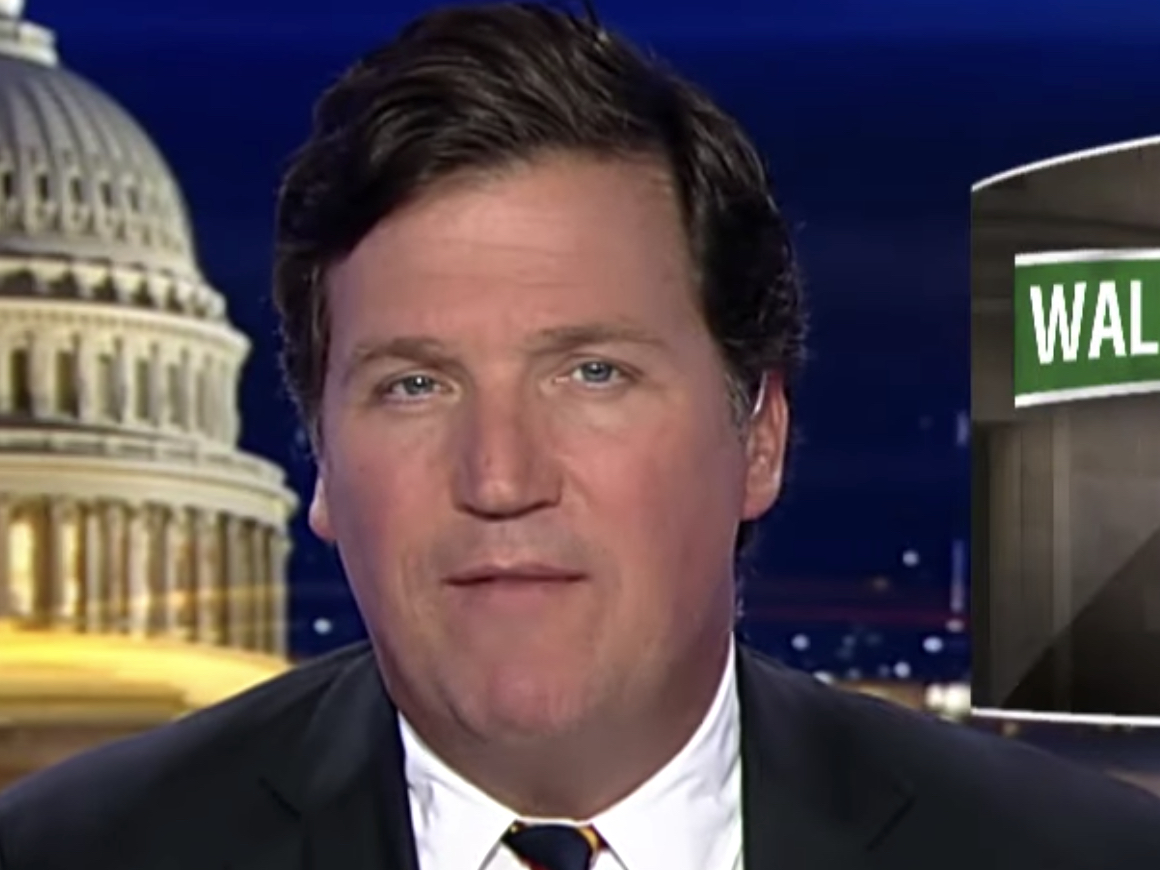 TUCKER CARLSON, FOX NEWS: If you’ve spent any time driving around America recently, you may have noticed that an awful lot of the country seems to have shriveled up and died. Take a trip on route two in Maine some time and count the boarded-up paper mills and abandoned houses. Or head down route 23 in Michigan or Ohio and consider the empty factories ringed with barbed wire. Outside the coastal cities, scenes like this are everywhere. Shuttered car dealerships, next to defunct restaurants, across the street from thrift stores and methadone clinics. Community after community, desiccated. Empty husks, with nothing left. Huge swaths of the United States look like this now. What happened?

A lot of things, some of them complicated and hard to change. But one of the big factors in this slow-moving disaster is the utter transformation of the way our leaders think about the American economy. During the last gilded age, 125 years ago, America’s ruling class may have been ostentatiously rich, but it was still recognizably Amercian. Tycoons accumulated fortunes, but they also felt some obligation to the country around them. Steel tycoon Andrew Carnegie famously built stone libraries around the country, for the edification of the poor. John D. Rockefeller and many other so-called robber barons set aside huge portions of their wealth to make the country better. In January of 1914, Henry Ford more than doubled the prevailing factory wage, to a then-astounding five dollars for an eight hour day. Ford didn’t have to do it, but his company was succeeding and he thought he should. Some historians trace the creation of the American middle class to Henry Ford’s decision. Either way, it’s nearly impossible a big company doing anything like that today. Attitudes are just too different. Your average finance mogul looks at workers merely as costs to be reduced or eliminated. Private equity isn’t building a lot of public libraries these days.

Instead the model is ruthless economic efficiency: buy a distressed company, outsource the jobs, liquidate the valuable assets, fire middle management, and once the smoke has cleared, dump what remains to the highest bidder, often in Asia. It has happened around the country. It has made a small number of people phenomenally rich. One of them is a New York-based Hedge Fund manager called Paul Singer, who according to Forbes has amassed a personal fortune of more than $3 billion dollars. Singer made a lot of his money by purchasing sovereign debt from financially-distressed countries, usually at a massive discount. Once a country’s economy regained some stability, Singer would bombard its government with lawsuits, until he made his money back with interest. The practice is called vulture capitalism — feeding off the carcass of a dying nation. In some ways, it’s not so different from what Singer and his firm, Elliott Management, have done in this country. Over the past couple of decades, Elliott has made billions by buying large stakes in American companies, firing workers, driving up short-term share prices, and in some cases, taking government bailouts. Bloomberg News has described Singer as “the world’s most feared investor,” which tells you a lot. No one’s even pretending Paul Singer’s tactics are good for anyone but Paul Singer and his fund.

Consider the case of Delphi, the automotive parts supplier. During the last financial crisis, a consortium of hedge funds, including Singer’s Elliott Management, purchased Delphi. With Singer and the other funds at the helm, the company took billions of dollars in government bailouts. Obama’s auto-czar compared the tactics to extortion. Once they had the bailout money, the funds moved most of Delphi’s jobs overseas, and then either cut retiree pensions entirely or shifted the costs to taxpayers. With lighter financial commitments at home, and cheap factories abroad, Delphi’s stock soared. According to investigative reporter Greg Palast, of the 29 Delphi plants in operation when the hedge funds started buying Delphi debt, only four were still operating in the United States by 2012. Tens of thousands of unionized and white-collar workers lost their jobs. Paul Singer’s hedge fund cashed out for more than a billion dollars.

Some countries, including the United Kingdom, have banned this kind of behavior. It bears no resemblance to the capitalism we were promised in school. It creates nothing. It destroys entire cities. It couldn’t be uglier or more destructive. So why is it still allowed in this country? Because people like Paul Singer have tremendous influence over our political process. Singer himself was the second biggest donor to the Republican Party in 2016. He’s given millions to a super PAC that supports Republican senators. You may never have heard of Paul Singer. But in Washington, he’s rock star famous. That may be why he’s almost certainly paying a lower effective tax rate than your average fireman. Just in case you’re still wondering if the system is rigged.

Tonight we want to tell you a little more about how Paul Singer does business. The story begins in a small town called Sidney, Nebraska, population 6,282. Two hours outside Denver, Sidney is the longtime home of the sporting goods retailer Cabela’s.

In October 2015, Singer’s hedge fund disclosed an 11 percent stake in Cabela’s and set about pushing the board to sell the company.  Cabela’s management, fearing a long and costly fight with Singer, announced it would look for a buyer. At the time, Cabela’s was healthy. The company was posting nearly $2 billion a year in gross profits, off $4 billion in revenue. There was no immediate need to sell. But they did anyway. One year after Singer entered the equation, Bass Pro Shops announced the purchase of Cabela’s. The company’s stock price surged. Within a week, Singer cashed out. He’d bought the stock for $38 a share. He sold it for $63. His hedge fund made at least $90 million up front, and likely more over time.

But in Sidney, Nebraska, it was a very different story. The residents of Sidney didn’t get rich. Just the opposite. Their community was destroyed. The town lost nearly 2,000 jobs. A heartbreakingly familiar cascade began: people left, property values collapsed, and then people couldn’t leave. They were trapped there. One of the last thriving small towns in America went under. We recently sent two producers to Sidney, to survey the wreckage and consider what happened. Our producers talked to more than a dozen former Cabela’s employees. Almost all of them refused to speak on camera, fearful of legal retribution from the famously vicious Paul Singer.