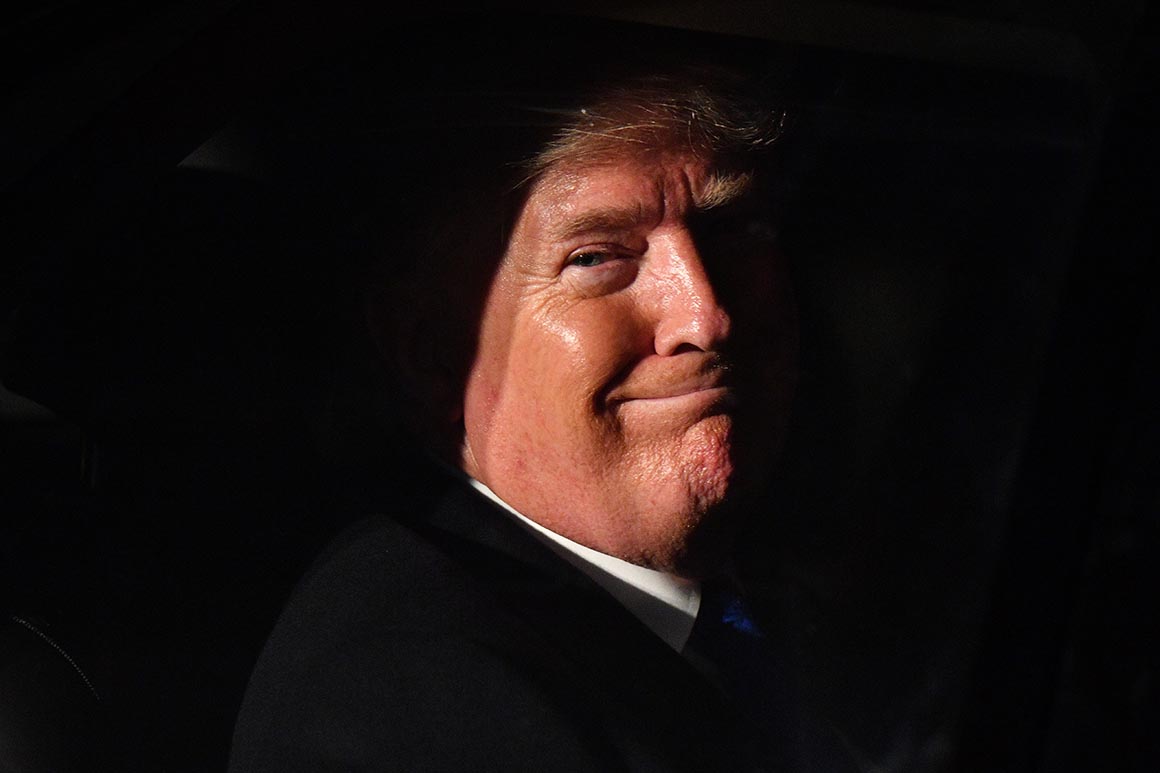 Cipollone said he needs more information about future impeachment hearings to decide whether to show up, but it’s unlikely he’ll get what he wants. The House waited until Monday to announce who would testify at its hearing Wednesday.

Even if the House does give the White House earlier notice about its hearing plans, numerous Trump advisers say the president’s team shouldn’t — and likely won’t — participate.

The White House didn’t send anyone to fill the seats the House Intelligence Committee reserved for Trump officials during the two weeks of impeachment hearings that concluded late last month. Instead, informal Trump allies peppered the audience, including former 2016 deputy campaign manager David Bossie and a few House GOP members, including Gaetz and Meadows, who are not on the Intelligence Committee.

“This is an unconstitutional, illegitimate process,” White House counselor Kellyanne Conway told reporters at the White House this week.

Still, the president has, at times, been tempted to tell his side of the story at the hearings. But his advisers convinced him the better strategy was to sit it out.

Instead, Trump has resorted to tweeting and talking to the media incessantly about impeachment. In London Tuesday for a meeting of NATO leaders, he spoke to reporters for 121 minutes — much of it about impeachment.

His advisers have followed suit.

Since Thanksgiving, Giuliani has blasted out more than a dozen tweets challenging Democrats’ impeachment probe, likening it to “the McCarthy era” and urging the Senate to change who argues first at a trial. Giuliani’s suggestions: let Trump’s defense team jump ahead of the House prosecutors “to prove innocence” and call several witnesses who would turn the spotlight onto Biden.

This attempted coup takedown is a serious assault on our nation. A nation that is ruled by laws, rather than men.

It’s not unlike the McCarthy era. It justifies violating rights, laws, and decency with media support.

Giuliani, a former New York mayor, has been sidelined from handling Ukraine matters on behalf of the president’s impeachment defense since mid-October after media reports said federal investigators were scrutinizing his efforts to orchestrate the pressure campaign against Ukraine.

Republicans and Democrats agree that the White House’s participation is unlikely to sway any lawmakers. Members are expected to vote, largely along party lines, in favor of impeaching Trump, sending the process to the Senate for a trial over whether to convict Trump and remove him from office. There, the Republican majority will likely prevent Democrats from obtaining the two-thirds majority vote needed to oust the president.

Polls showed an uptick in support for impeachment soon after the Ukraine scandal surfaced, but the momentum has slowed, hovering around an even split both for and against impeachment.

Republicans say those figures are in their favor.

If the process moves to the Senate, though, the White House will likely reconsider its no-engagement strategy. Trump’s advisers believe Senate Majority Leader Mitch McConnell would set ground rules that are more favorable to the president’s legal team.

“They have their chance in the Senate, where they know they’ll get some fairness,” said one former senior Trump administration official.

Team Trump says it’s fighting Democratic impeachment investigators for another reason, too. It’s part of a long-term effort to protect the president’s successors.

That’s the case Trump made on Twitter last week when he said he would welcome testimony from former White House counsel Don McGahn, even as his Justice Department argues in federal court that the president’s aides are “absolutely immune” from congressional subpoenas.

“I am fighting for future Presidents and the Office of the President. Other than that, I would actually like people to testify,” Trump tweeted late last month.

Trump’s Justice Department is making a related argument in another legal fight at the crux of Democrats’ impeachment fight — over Robert Mueller’s most sensitive grand jury materials.

The House won before a federal district court, but the case is now headed to the U.S. Court of Appeals for the D.C. Circuit, where arguments are scheduled for Jan. 3. In a brief filed Monday, DOJ warned of the consequences if the Mueller materials are ordered to be released to Congress.

“It is not difficult to imagine that a witness in a future investigation of alleged presidential misconduct might be deterred from testifying fully or frankly,” the DOJ lawyers wrote, “if she believed that her testimony would be readily disclosed to the House for use in impeachment proceedings.”

Melanie Zanona and Kyle Cheney contributed to this report.