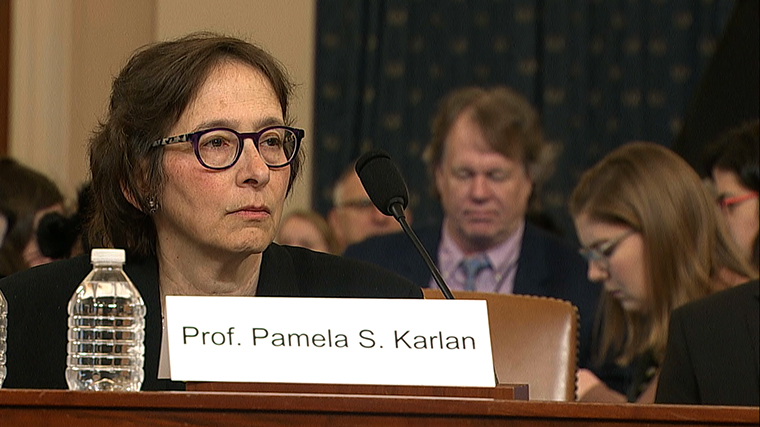 While Professor Jonathan Turley tapped into the mood of the country today, testifying that in part, the reason why the impeachment process was unmerited and dangerous was because “we are all mad,” Democratic members of the House Judiciary Committee flatly rejected his assumption.

Earlier today, Turley testified about the country’s anger. Here’s what he said:

“I get it. You are mad. The President’s mad. My Republican friends are mad. My Democratic friends are mad. My wife is mad. My kids are mad. Even my dog seems mad and Luna is a golden doodle and they don’t get mad. We are all mad and where has it taken us? Will a slipshod impeachment make us less mad? Will it only invite an invitation for the madness to follow in every future administration? That is why this is wrong.”

In a break during the hearing, CNN asked Democratic lawmakers Sheila Jackson Lee and Cedric Richmond to respond to Turley’s assertion.

In response to Turley’s testimony, Lee said it is not new that there is “anger in America.”

Lee continued: “What I would say is that Americans have been angry in times past. Wars make us angry. Very sensitive political issues make us angry. I do want to say that we are a unique country. We have faith and I do think that as the American people listen to the quiet presentation of the scholars that their faith will increase, that we will get through this, and that this is not going after anyone. It is really a task that is assigned to the United States House of Representatives and our faith, our faith will get us through.”

Richmond had suggested Turley could almost prove to be a helpful witness to Democrats because he went beyond recognizing the country’s anger.

“[Turley] did speak to the anger in the country, but he also said that the president’s call was less than perfect. He said that the asking for an investigation into Biden was highly inappropriate. And he said that if the facts of a quid pro quo are proven to be true, it is an impeachable offense. So I want to be sure that we understand what even the Republican witness is saying about the conduct of the president of the United States,” Richmond said.