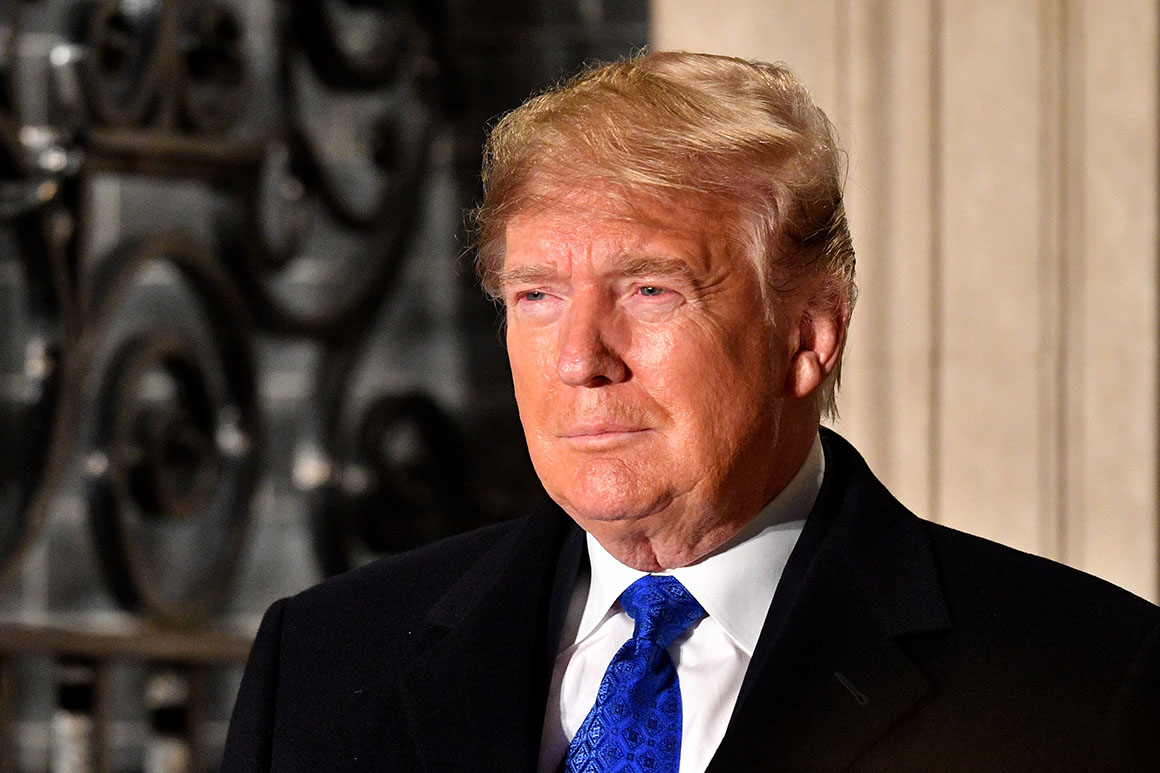 Trump also repeated his attacks on the Democratic lawmakers leading the investigation, accusing them of trying to kneecap him on the world stage.

At the same moment Trump was speaking to reporters, back in Washington, the House Judiciary Committee had kicked off the first of its impeachment hearings featuring legal scholars making the constitutional case for or against impeachment.

“To do it on a day like this, where we’re in London with some of the most powerful countries in the world, having very important NATO meetings,” Trump complained, “honestly it’s a disgrace.”

He also pointed to when House Speaker Nancy Pelosi, who Trump at one point referred to with the deprecating nickname “Nervous Nancy” in front of the Italian leader, announced that the House would begin impeachment proceedings while Trump was in New York for the annual U.N. General Assembly in September.

“You almost question whether or not they love our country and that’s a very serious thing: Do they, in fact, love our country?” he pondered, before launching into yet another defense of his behavior at the center of the inquiry.