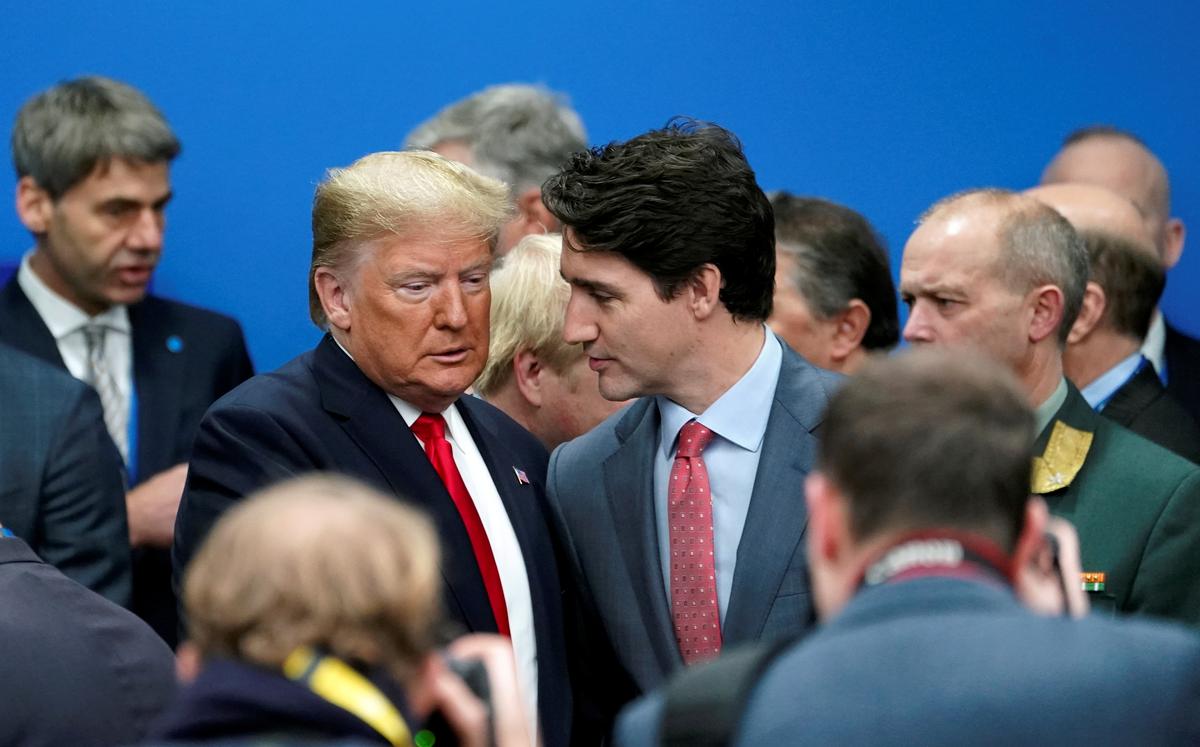 LONDON (Reuters) – U.S. President Donald Trump denounced Justin Trudeau as “two-faced” on Wednesday after the Canadian prime minister was caught on camera laughing over Trump’s press appearances during a chat with other leaders at a Buckingham Palace reception.

The incident came at a reception on Tuesday evening, after Trump had criticised French President Emmanuel Macron and other leaders during long question-and-answer sessions with reporters on the eve of a NATO summit.

“Is that why you were late?” Johnson can be heard asking Macron.

Other words were exchanged but could not be heard, before Trudeau added with a chuckle: “I just watched his team’s jaws drop to the floor.”