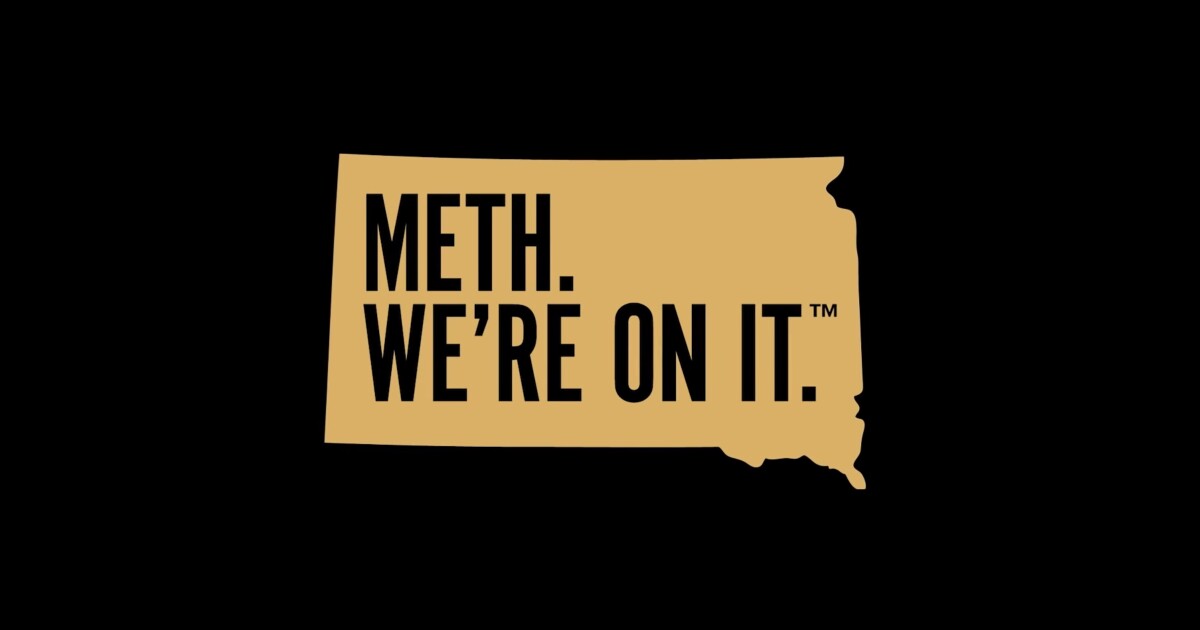 For all the ridicule South Dakota is receiving for its new antidrug slogan — “Meth. We’re On It.” — experts in substance abuse say the most important story is being missed.

South Dakota is the only state that classifies ingestion of illegal substances as a felony, a hard-line approach that has widely been shown to make it harder to break the cycle of addiction.

Even if a user manages to go clean, a felony conviction makes it more difficult to find a job, especially one with health insurance, increasing the chances of a relapse.

Its impact is apparent in the state’s prisons, where 9% of inmates are serving time for ingesting a controlled substance, 18% for possession of drugs and 5% for distribution and “other drug offenses.”

That’s a total of 32% of prisoners incarcerated for drug convictions — more than double the national average for state prisons, according to the Sentencing Project, a Washington-based nonprofit that advocates for fairness in the criminal justice system.

Like much of the United States, South Dakota embraced a get-tough policy on drugs starting in the 1980s and saw its prison population skyrocket.

Policymakers and politicians across the country and across the political spectrum have recognized the failure of that strategy and over the last decade turned to a less punitive approach. Last year, President Trump signed into law a bipartisan prison reform bill that undid many harsh federal policies created in the 1990s.

In a nod to the shifting winds, South Dakota lawmakers in 2013 passed reforms aimed at decreasing the prison population by promoting probation and other alternatives for those incarcerated for nonviolent offenses.

In the same year, however, they also made it a felony to possess and ingest methamphetamine, cocaine and heroin as well as prescription drugs obtained illegally. Smoking or eating marijuana remained a misdemeanor.

A positive drug test can be the basis for a conviction.

The ACLU found that this new law played a significant role in increasing felony convictions — by 26% between 2013 and 2015.

There have been recent attempts to get on track with the rest of the nation.

In 2018, state Sen. Craig Kennedy proposed a measure to reclassify drug ingestion from a felony to a misdemeanor — a move that the state Senate’s fiscal analysis estimated would reduce prison costs by $51 million and jail costs by $10 million over a 10-year period. The bill failed.

The Pennington County sheriff, Kevin Thom, told the Associated Press in September that recategorizing drug-taking as a misdemeanor on its own wouldn’t reduce the number of drug users. That would require more drug treatment and prevention programs, he said.

Kevin Sabet, a drug policy expert and an assistant professor at the Yale School of Medicine, said in a statement to The Times that officials should “not fall into a false dichotomy that our two choices in dealing with drug users is ‘legalize’ or ‘lock ’em up.’”

“There’s ample evidence that the answer lies somewhere else — in proven interventions that link up public health with public safety,” he said.

Skarin said that South Dakota officials are “failing to grapple with the problem” because they “aren’t willing to actually put in some reforms to our drug laws.”

Meth, or methamphetamine, a stimulant, is involved in nearly 83% of controlled substances cases in state court this year.

This week’s rollout of the “Meth. We’re On It.” campaign — developed by a Minneapolis-based consultant who was paid $449,000 — was rocky to say the least.

Twitter users joked the slogan implied the entire state is on meth.

In an interview Wednesday with Fox News, Gov. Kristi Noem defended the campaign, saying she “knew it would be provocative” and that “we wanted people to start talking about meth in a way that they never have before.

“This is something people need to take seriously,” she said. “We need everyone to solve the problem with us.”

Matt Sutton, spokesman for the Drug Policy Alliance, a New York-based advocacy group, said the new slogan is successful in one regard: It has sparked a conversation that doesn’t stigmatize drug users.