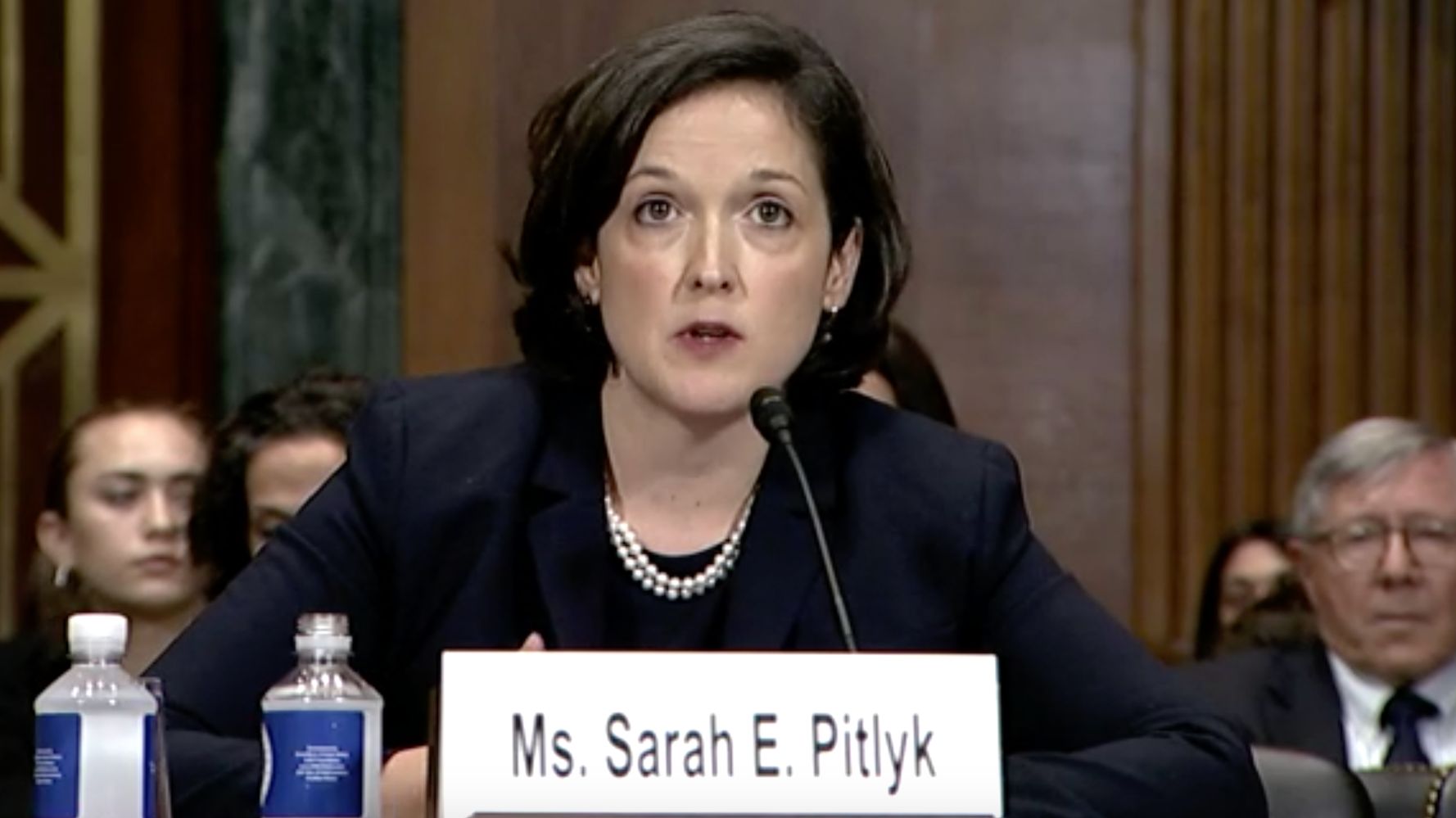 WASHINGTON ― Senate Republicans voted Wednesday to confirm Sarah Pitlyk to a lifetime seat on a federal court, despite her extreme views on fertility treatments having “grave effects on society” and her unanimous “not qualified” rating from the American Bar Association.

Every Republican present but one, Sen. Susan Collins (Maine), voted to put Pitlyk, 42, onto the U.S. District Court for the Eastern District of Missouri. Every Democrat present opposed her. The final tally was 49-44.

You can see how every senator voted here.

Alaska Sen. Lisa Murkowski is one of two pro-choice Republicans in the Senate, along with Collins. She did not vote. Her spokeswoman Karina Borger said the senator was not there because she is attending the first meeting of the International Energy Agency’s Global Commission for Urgent Action on Energy Efficiency, of which she is an honorary member.

“She would have voted no” if she were present, Borger said.

Pitlyk, who is special counsel to the Thomas More Society, a conservative, anti-abortion law firm based in Chicago, argued in a 2017 amicus brief that in vitro fertilization, or IVF, and surrogacy lead to “diminished respect for motherhood and the unique mother-child bond; exploitation of women; commodification of gestation and of children themselves; and weakening of appropriate social mores against eugenic abortion.”

In a related 2017 interview with the National Catholic Register, she said that “surrogacy is harmful to mothers and children, so it’s a practice society should not be enforcing.”

Nearly one in six U.S. couples face infertility, according to a 2014 National Institutes of Health study. Sen. Tammy Duckworth (D-Ill.) is among them. She had been urging her colleagues to oppose Pitlyk over her “deeply insulting” views on fertility treatment.

“As a mother who struggled with infertility for years and required IVF to start my family, I would be one of the many Americans who could never enter Ms. Pitlyk’s courtroom with any reasonable expectation that my case would be adjudicated in a fair and impartial manner,” Duckwork wrote in a letter to her 99 Senate colleagues.

Pitlyk fits the mold of many of President Donald Trump’s court picks: young, white and a member of the Federalist Society, a conservative lawyers’ group that has served as a pipeline for judges for this White House. Most Federalist Society-backed nominees also tend to have records of opposing abortion, LGBTQ rights and voting rights.

In private practice and in her work at the Thomas More Society, Pitlyk built a clear record of attacking reproductive rights. She defended anti-abortion activist David Daleiden, who broke federal and state laws by secretly recording and deceptively editing videos that falsely claimed to expose Planned Parenthood’s illegal sale of fetal tissue. She defended Iowa’s six-week abortion ban that was later struck down as unconstitutional. In another case, Pitlyk argued that it is “scientific fact” that “human life begins at the moment when a human sperm fertilizes a human egg.” (It is not scientific fact.)

After losing that case, Pitlyk lamented that “the trial court’s judgment treated the embryonic children as inanimate objects, not human beings with the same interests as other unborn children.”

“I think it is disqualifying for any judicial nominee to make unfounded and unsupported claims, especially in a court of law,” Feinstein said in a statement.

Beyond the controversy over her views on fertility treatments, Pitlyk earned a rare and embarrassing “not qualified” rating by the ABA given her lack of courtroom experience: She has never tried a case in civil or criminal court. She has never examined a witness. She has never taken a deposition or argued any motion in a state or federal trial court. The ABA’s rating was unanimous.

Pitlyk previously clerked for Brett Kavanaugh, also a Federalist Society member, when he was on the U.S. Court of Appeals for the District of Columbia Circuit. When Kavanaugh was credibly accused of sexual assault by Christine Blasey Ford during his Supreme Court confirmation hearing, Pitlyk came to his defense, writing in a Fox News opinion piece that his critics were “trying to tarnish the character of a man we and so many other people admire and respect” on the basis of “a single, unsubstantiated, anonymous allegation about an alleged incident in high school – some 35 years ago.”

Pitlyk also publicly dismissed Ford’s story, saying in a CNN interview that it was “hard to take it seriously … in light of the transparently, politically motivated manner in which it has come to light,” and that “it defies credibility to believe that it is just a coincidence.”

You may be wondering, why on earth would Republicans confirm a lifetime federal judge with such extreme views who was rated unqualified by a panel of senior lawyers?

By all appearances, and in keeping with the agenda of this White House, it is because she is a young Federalist Society member who publicly defended Kavanaugh when Republicans needed it the most. A lifetime seat on a federal court is a pretty sweet thank you present.

It isn’t the first time Republicans have confirmed an unqualified judicial nominee after they went to bat for Kavanaugh.