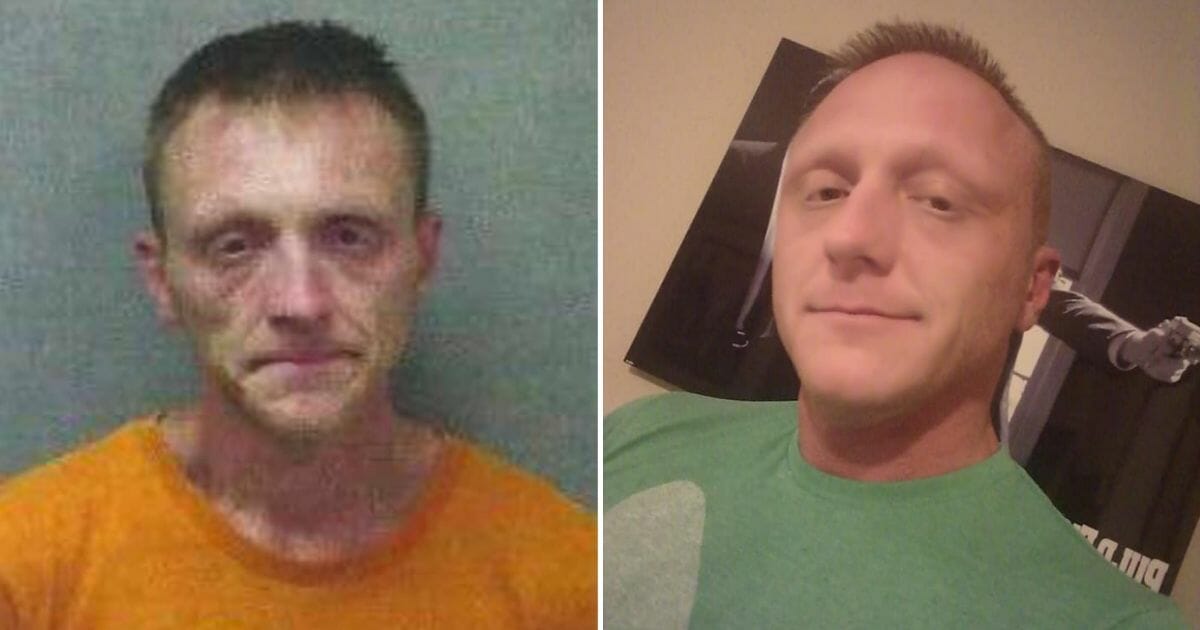 A photo is worth a thousand words, and that’s especially true when photos are used to illustrate a profound transformation. They tell a story without using any words, and even people who don’t share the same language can often understand the story.

For Jason Wickline, the story started out pretty depressing. According to WKBN, Wickline started dabbling in drugs in his 20s, and it led to his son being taken away from him five years ago.

“And at 4 years old he turned around and he said, ‘Daddy I love you; I’ll never forget you,’” Wickline told the news outlet. “So, at 4, he understood that life was never going to be the same again. He was fully prepared to accept that he’d never see his Daddy again.”

Wickline chalks up his experiences to a difficult upbringing, but now he says he let his past get the better of him.

“Due to several forms of abuse I experienced as child, my entire life, I carried myself as if the world was unfair to me and I just didn’t fit anywhere,” he shared in a post that was circulated on More than Addiction. “There were also feelings of worthlessness in coming from a broken home.”

For him, it took losing everything to shake him up enough to set him on the straight and narrow. He lost his home, his car, his friends and custody of his son. But he got help, and now he’s invested in helping others who are experiencing the same things he experienced and encouraging people that just because you face trials and setbacks doesn’t mean you should throw in the towel.

“Just because someone falls, doesn’t mean they can’t get back up,” he told WKBN. “They can fall tomorrow, but just because that happens doesn’t mean it’s the end of their story.”

He’s now involved with More than Addiction, a group whose mission is to “cultivate compassion, understanding, and awareness of life with addiction,” according to its Facebook page.

Wickline has inspired many people with his journey and is in a much better place than he was just a few years ago. In July, he reshared his story as part of the #cleanchallenge, and he continues to share his success online, along with a clear understanding of Who has helped him get there.

“I have regained full and sole custody of my son,” he wrote. “I have been employed at the same job for nearly two years. I have a car, a home, and all of the bills are in my name and paid on time.”

“I have had the same cell phone number for 18 months, which may not seem like too big of a deal to you, but it is a real accomplishment for me!” he continued. “I have met a most amazing woman who helps me grow and become a better me everyday.

“I have people in my life that not only care about me but who I wholeheartedly love and care about. I have an amazing support group, and most importantly… I am a child of God, a God who has loved me this whole time.”