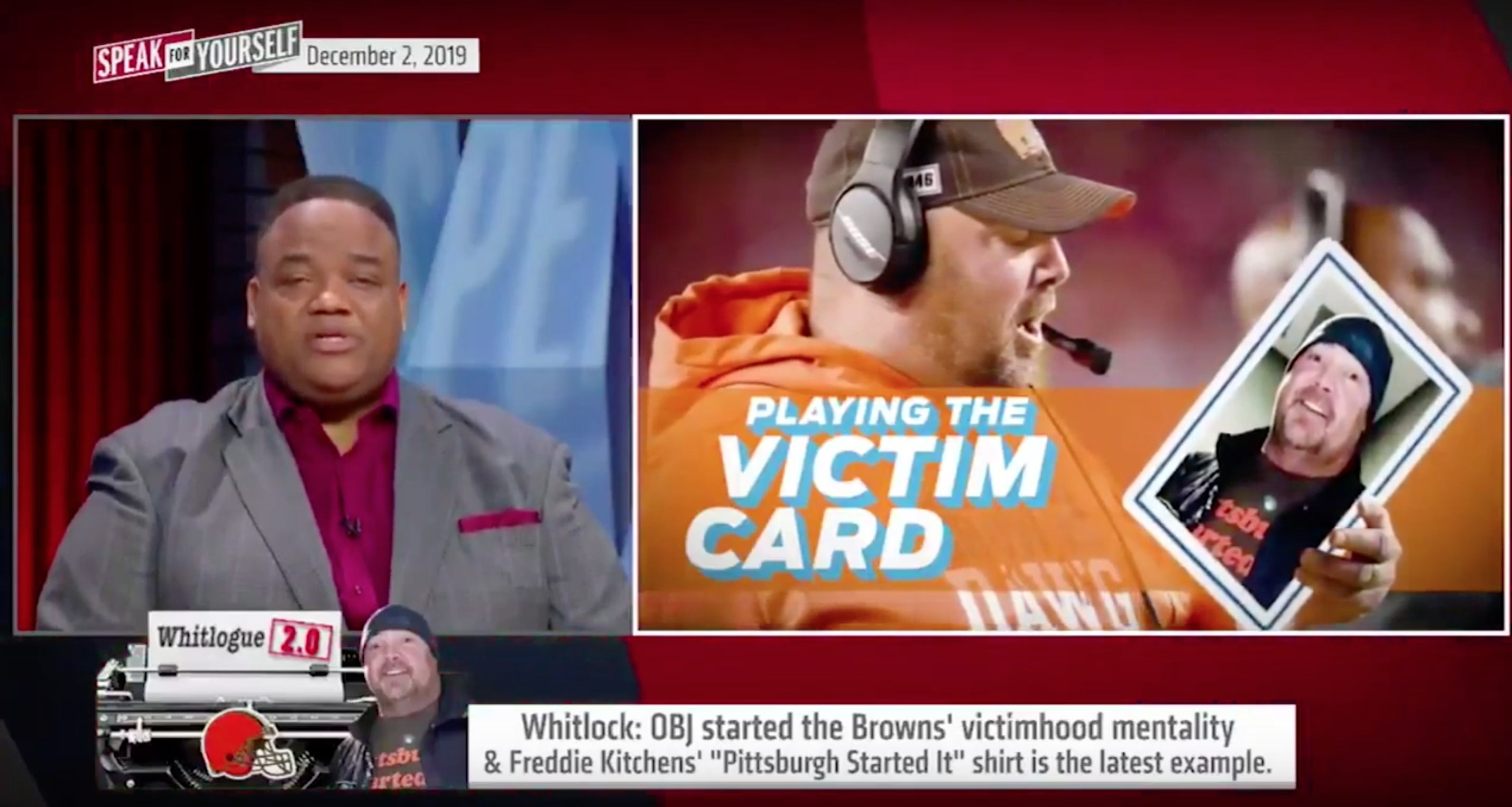 In their rematch against the Steelers on Sunday, Browns Head Coach Freddie Kitchens made waves by wearing a tee-shirt that simply said, “Pittsburgh started it.” This referred to the fight between the Steelers and Browns earlier this season, which resulted in 33 disciplinary actions, including an indefinite suspension to the Browns’ Myles Garrett.

Was wearing the shirt just a petty joke?

Fox Sports’ Jason Whitlock certainly didn’t think so. He had harsh words for Odell Beckham Jr. and the Browns organization on Monday’s Speak for Yourself, specifically targeting a “victim mentality” that he says Beckham brought to the locker room. In his eyes, this tee-shirt highlights the overarching disposition of the team.

“There are no victims in sports. There are conquerors and those who have been conquered. OBJ wakes up every day looking to prove the NFL or society treated him unfairly.”

Whitlock continued saying that this is a “loser’s mentality.” It may build a great social media following, but it’s toxic to success.

In contrast, another storyline that came from this weekend was Lamar Jackson wearing a shirt that had a simple message: “Nobody cares. Work harder!”

In Whitlock’s words, this show Jackson’s “winner’s mentality”. Rather than being sucked into a sports culture of victimhood, he embraces the challenge of the every day. He shows a belief in meritocracy; that eventually, hard work really does pay off.

And based upon how these two teams are preforming, it goes without saying which mentality is the successful one.