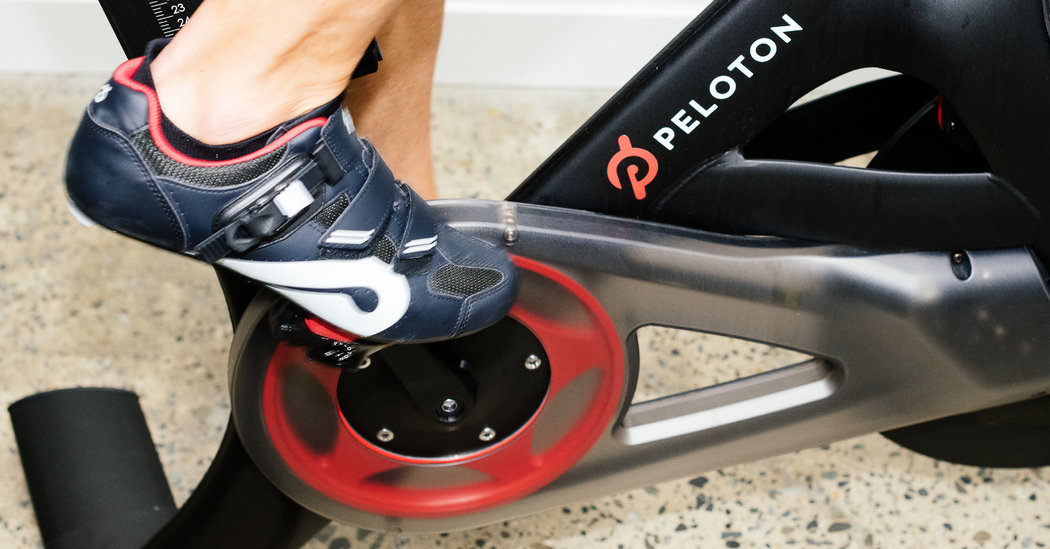 Peloton, the maker of high-end exercise equipment, faced backlash and ridicule after its new holiday commercial, a 30-second ad in which a man gives a woman one of the company’s stationary bikes as a holiday gift, was widely shared online this week.

“A Peloton?” the woman exclaims after she uncovers her eyes and sees the bike in her large living room, complete with a Christmas tree and fireplace.

The ad, which first appeared about a month ago, was quickly spoofed by comedians as it became meme fodder for social media.

Despite speculation about the stock price drop and rumors that the ad could be taken off the air, Peloton does not believe that any stock movement was tied to the adverse response to the holiday ad. The company stated that it stood firmly behind the commercial.

Still, reaction to the ad on social media was overwhelmingly negative, with many users comparing it to an episode of “Black Mirror,” the tech-centric dystopian Netflix satire.

Many social media users criticized the commercial for being sexist and classist. A Peloton Bike retails for $2,245, and membership for the company’s signature interactive classes costs $39 a month.

The woman in the commercial, many users pointed out, was already fit.

Several publications criticized the video, which follows “Peloton Wife,” as the female character quickly became known online, and the video diary she created during her year riding the stationary bike.

Before her first ride, the woman says she is “a little nervous, but excited.” But her face, many suggested, screamed fear.

The ad ends with the woman and her partner sitting on the couch, watching her indoor cycling video diary entries. In the last entry, she thanks the man for giving her the bike a year ago.

“I didn’t realize how much this would change me,” she says in the video diary.

Her partner smiles as she looks at him and smiles back. As the camera zooms out, you can see that it’s the holiday season again.

The company said on Tuesday that it had received tremendous support for the ad. In one email that Peloton shared with The New York Times, someone describing herself as a 60-year-old woman named Tami said the commercial “inspired” her.

“I can relate to her being surprised she did it for a year,” she wrote. “Bad health comes in all shapes and sizes. Glad you acknowledged that EVERYONE needs to be healthy regardless of how you look.”

But the positive messages might be too little and too late for the holiday ad.

By Tuesday evening, the comedian and writer Eva Victor’s parody of the commercial had garnered more than three million views on Twitter.

“My husband got me a Peloton for Christmas, nothing weird about that,” she says, thanking him and adding “you get me.”

At the end of Ms. Victor’s video, she serves her husband divorce papers — heeding the advice some social media users said “Peloton Wife” should take.