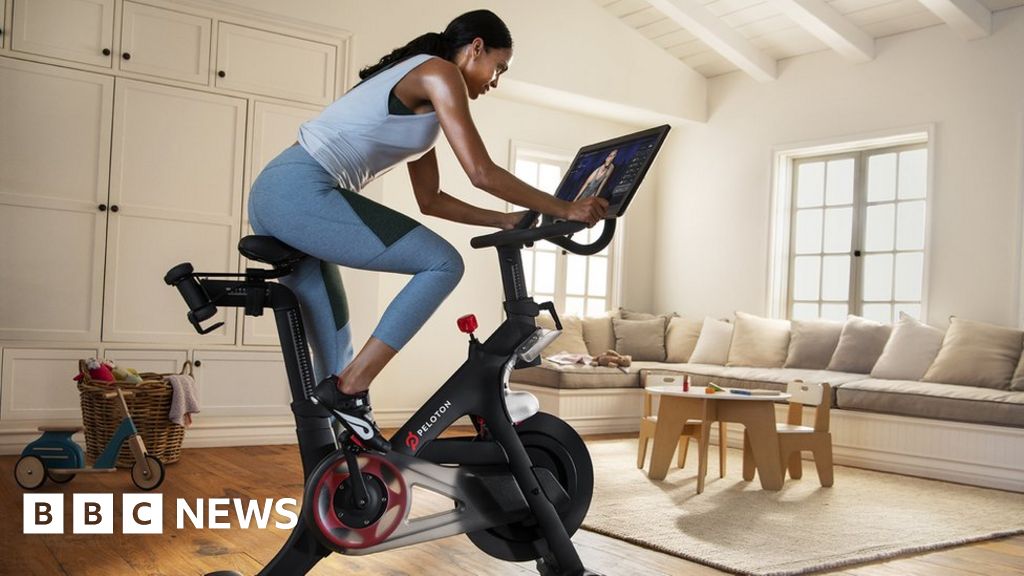 A Christmas advert from exercise bike company Peloton has been widely mocked on social media as being “sexist”, “out of touch”, and even “dystopian”.

The ad, which has been viewed more than a million times on YouTube, sees a woman receive an exercise bike for Christmas from her husband.

She then records her workouts over the following year in a vlog and presents it to him as a way of saying thank you.

“A year ago, I didn’t realise how much this would change me,” she says.

The criticism knocked the company’s shares, which closed more than 9% lower on Tuesday.

Peloton sells fitness equipment – with bikes priced at more than $2,000 – fitted with touchscreens. Users then purchase a subscription to access classes streamed live and on-demand.

The New York-based company released the ad in November, but criticism on social media has increased markedly in recent days.

Some people complained it is sexist for a man to give his wife an exercise bike for Christmas, as it suggested he wanted her to lose weight.

Others noted that – despite claims the bike has “changed” her – the already slim actress who plays the main character looks exactly the same.

Some also said the ad had a dystopian vibe and compared it to a horror film.

Comedy writer Jess Dweck wrote on Twitter: “The only way to enjoy that Peloton ad is to think of it as the first minute of an episode of Black Mirror.”

A Twitter account devoted to Limericks wrote: “The Pelaton [sic] wife/Has a beautiful life/And a general aura of fear.”

Peloton said the advertisement was meant to celebrate a “fitness and wellness journey”.

“While we’re disappointed in how some have misinterpreted this commercial, we are encouraged by – and grateful for – the outpouring of support we’ve received from those who understand what we were trying to communicate,” it said in a statement.

It is not the first time Peloton’s appeals to buyers have been spoofed.

ClueHeywood, a Twitter personality in Arizona, criticised the company earlier this year by suggesting the way it staged its adverts was absurd.

“Love putting my Peloton bike in the most striking area of my ultra-modern $3 million house,” he wrote.

He offered his take on the most recent commercial as well, describing it as an account of a “116 lb woman’s YEARLONG fitness journey to becoming a 112 lb woman”.

Look I don’t want to be “The Peloton Ad Guy” anymore but the newest commercial about the vlogging 116 lb woman’s YEARLONG fitness journey to becoming a 112 lb woman who says “I didn’t realize how much this would change me” is just ri-god-damn-diculous. Come on.