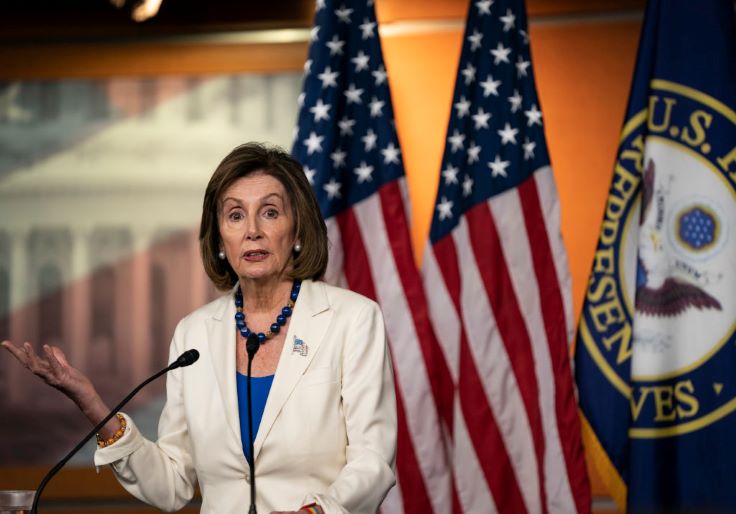 The White House Council of Economic Advisers on Tuesday slammed House Democrats’ hallmark plan to cut drug prices, arguing that it could keep up to 100 fewer life-saving drugs from reaching consumers over the next decade.

The bill backed by Speaker of the House Nancy Pelosi (D., Calif.) would cap drug prices at a fixed percentage of the average costs in other nations. The bill may be aimed at decreasing the cost of medicine, but it could also cut lifespans in the United States, according to the council. The advisers estimated that such a cap could lead to a drop in U.S. life expectancy by up to four months due to cuts in pharmaceutical firms’ research and development budgets.

“The Trump Administration is committed to lowering prescription drug prices while encouraging medical innovation to help patients access new lifesaving drugs,” the council said in a new report. “The Lower Drug Costs Now Act of 2019, may share the Trump Administration’s first goal of lowering prices, but the threat it poses to continued medical innovation will harm American patients in ways that far outweigh any benefits.”

The report is the latest volley in the on-going struggle over how best to drive down Americans’ sky-high prescription drug prices. Although there has been a surprising bipartisan focus on this issue, the disagreement over how to resolve it highlights a deeper division over the role that government should play in health care, one that takes on greater significance in light of 2020 Democrats’ plans for radical socialization.

The Democrats’ bill would require the Centers for Medicare and Medicaid Services to negotiate prescription drug prices directly with pharmaceutical firms, something they are prohibited from doing by federal law. Prices could not exceed either a) 120 percent of the average cost in Australia, Canada, France, Germany, Japan, and the United Kingdom, or b) where that information is not available, 85 percent of the current price. The prices would also be offered to private insurers; noncompliant firms would face an excise tax of up to 95 percent on their products.

The problem, the CEA said, is that lowered prices mean lower revenues, which in turn means less money for research and development. The nonpartisan Congressional Budget Office estimates that the bill would reduce revenues by $500 billion to $1 trillion over 10 years. The CBO estimates that would mean 8 to 15 fewer drugs in that time period. Reducing drug innovation in that way “would have substantial negative effects on Americans’ health” and cause a four-month decline in life expectancy and $375 billion and $1 trillion in lost economic value, according to the CBO. This would swamp H.R. 3’s predicted cost-savings of $34.5 billion over a decade.

The White House’s top economic advisors said the CBO was conservative in calculating the costs of such caps. The CEA estimates that, at a cost of $2 billion per new drug, the bill could mean 50 to 100 fewer drugs over ten years. That would mean losing roughly a third of the total new drugs expected to come to market.

“Heavy-handed government intervention may reduce drug prices in the short term, but these savings are not worth the long-term cost of American patients losing access to new lifesaving treatments,” the CEA report said.

The idea that price controls could translate to a dramatic reduction in supply is at the heart of the broader debate around reforming America’s health care system. 2020 contender Sen. Elizabeth Warren’s (D., Mass.) much-maligned Medicare for All plan keeps its costs low, in large part, through an aggressive rationing scheme which, experts previously told the Washington Free Beacon, could see hospitals closing and a substantial reduction in hospital services.

The Trump administration has sought to walk a fine line on drug pricing. Its 2018 plan for cutting costs calls for a host of changes, including expanding genericization of biological drugs, increasing price transparency, and even permitting experimentation with drug importation.