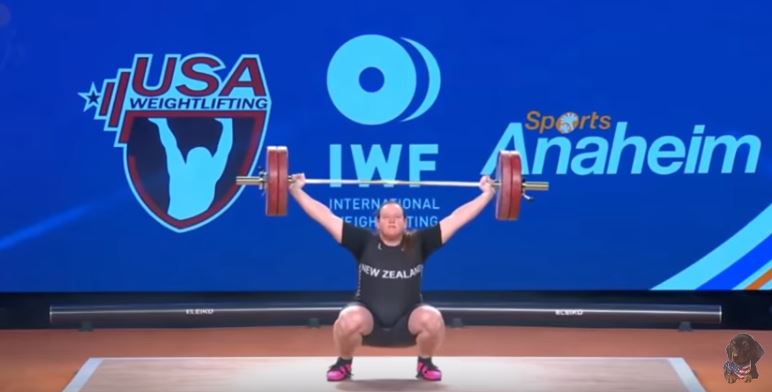 Outsports journalist, sports fan and transgender athlete Karleigh Webb has peeked into the so-called “playbook” used by trans-phobes and cracked their so-called “code.” You know, it’s that code they use to make bigotry look reasonable. The so-called “playbook” can be characterized by five tactics used by groups and individuals who have always maintained an anti-LGBTQ position, Webb maintains.

Before reeling off the five tactics used by those “bigots,” Webb says she agrees with Outsports contributor Ken Schultz‘s critical analysis of a November Rasmussen poll that found a majority of Americans oppose transgender inclusion in sports. Of course, those trans-phobic poll respondents were misled by slanted questions! Shoot the messenger!

“In order to move the debate in that more inclusive direction, we need to educate the public on these kinds of biased euphemisms and anti-trans code words that transphobes use to sway public opinion,” Schultz claimed.

“When you look in the transphobe’s playbook, you find a number of varied tactics designed to make bigotry look reasonable,” Webb contends.

Tactic 1: “Immediately sell the point that trans women are not women.”

“Willful, deliberate misgendering is a critical piece of this con game,” says Webb, who’s in no danger of being mistaken for a biologist. Exhibit one is a poster circulated by the group Hands Across The Aisle Women stating: “This is not progress.” The poster includes headshot photos of 21 trans athletes, including Brazilian volleyball stud Tiffany Abreu and University of Montana star cross country runner June Eastwood.

The quote at the top of the poster is an example of conditioning, and is a tactic used by Breitbart, The Blaze and RedState, “who ruthlessly target transgender female athletes,” Webb alleges. The transphobes commonly use terms like “biological males” and “biological females”, and Webb denounces this as “passive-aggressive misgendering.”

Causing the author further heartburn is a complaint filed by the “professional political transphobe group” Alliance Defending Freedom with the Department of Education. The complaint victimizes Connecticut high school trans-athletes and frequent state champions in girls’ track and field Andraya Yearwood and Terry Miller, referring to these boys as “boys” and “biological males.”

Tactic 2: “Notice whom they do NOT discuss.”

A photo of female-to-male trans-boxer Patricio Manuel is displayed to support this spurious claim. This tactic “shows the misogyny of the people who are ‘behind the curtain’. The main message here is transgender women are not women and cisgender women are too inept to compete successfully in sport.“

However, Newsbusters can offer first-hand pushback to Tactic 2. We addressed Manuel’s story, reporting that she had appeared in just one male boxing match and won a decision in 2018 against the hapless punching bag Hugo Aguilar, loser in all eight of his professional fights. Manuel’s one and only pro fight in men’s competition is the sole foundation for Webb’s flimsy Tactic 2.

Tactic 3. “They will not tell you the full story.”

Webb writes, “Lies of omission are a centerpiece tactic of the anti-trans crowd. The most used is the matter of regulations. They intensely try to sell the idea that ‘men wake up one morning, say they are a woman and play women’s sports’. Yet they know that there are extensive rules and regulations that transgender athletes must follow to the letter, like every athlete.”

NCAA transitioning guidelines are held up as support for this claim, without conceding that this organization is in the tank for trans-athletes and LGBT demands. Transitioning athletes who abide by NCAA rules make gender bending legitimate and render biology a moot point. The debate is apparently over.

“At times, the other side will just flat-out lie,” Webb charges. Exhibit A is trans-phobes incorrectly describing New Zealand weightlifter Laurel Hubbard (appearing above in photograph) as a world champion. However, Hubbard is a major force in the women’s sport, winning international, Oceana, Commonwealth, Pacific Games and World Master’s championships. At the expense of female athletes.

5. “The anti-LGBTQ lobby will pick anything, no matter how obscure, to try to make their point.”

Most of the targets of anti-trans people are involved in sports that are out of the mainstream, Webb writes. This type of propaganda is aimed at small college and high school athletes “because it is easier to bend a story fewer people actively know about.” Yeah? Well that’s no consolation to the females in obscure sports whose dreams of winning championships were ruined by athletes with unfair biological advantages.

Using the discredited hate group Southern Poverty Law Center as her source, Webb identifies the leading trans-phobes out there as the Heritage Foundation, the Family Research Council and Alliance Defending Freedom. “These are among most influential anti-women’s rights and anti-LGBTQ lobbies in the world. Both the FRC and the ADF are also classified as ‘anti-LGBTQ hate groups’ by the Southern Poverty Law Center.” They’ve supposedly been demonizing feminism for decades.

“The real match here is inclusion versus erasure, and it’s a match we transgender Americans cannot afford to lose,” Webb concludes.