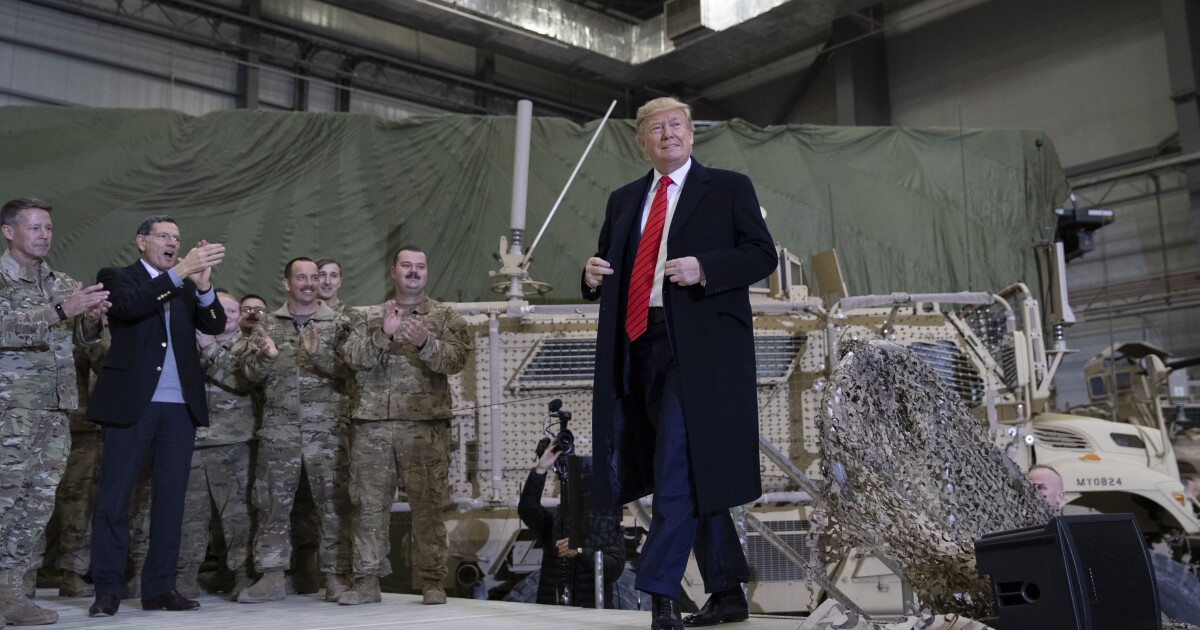 Secretary of Defense Mark Esper has imported into the American military lexicon a new rationale for U.S. military actions in the Middle East. It’s called “mowing the lawn,” but it has nothing to do with keeping the grass trimmed. “To mow the lawn,” Esper recently remarked to reporters, “means, every now and then” giving your adversary a good, swift kick in the shins. “You have to do these things,” he explained “so that a threat doesn’t grow, doesn’t resurge.”

You mow the lawn not to eliminate a threat but to manage it.

The phrase itself is of Israeli provenance and describes that country’s prevailing approach to dealing with the militant groups Hamas and Hezbollah. Unable to eliminate the threat posed by these organizations, Israel accepts the necessity of periodically employing force to keep them weak and off balance. Mowing the lawn, in other words, is a euphemism for attrition warfare that accepts low-level hostilities as inevitable and permanent.

Esper’s endorsement of this concept is striking for two reasons. First, his boss does not accept war as inevitable and permanent. In speeches and at rallies, President Trump routinely promises to “end endless wars.” Mowing the lawn as a tactic for dealing with Islamic State and similar entities concedes that America’s wars in the Middle East won’t be ending anytime soon. Commander in chief Trump insists that a decisive victory over these adversaries is not only achievable, but also that he himself will deliver it. Now his Pentagon chief in effect acknowledges that nothing approximating victory is in the cards.

There is, of course, nothing remarkable about this president and his principal subordinates reading off radically different scripts. In this case, however, the contrast, and Esper’s embrace of lawn mowing as a de facto military doctrine, is troubling. It implies that the United States has no alternative but to persist on the course it embarked on after the Sept. 11 terrorist attacks. In that regard, mowing the lawn constitutes a tacit admission of strategic bankruptcy.

A comparison of the situation confronting Israel and the United States may be instructive. Given the nexus of its dispute with the Palestinians — both sides laying claim to the same territory — Israel has few viable strategic choices that the majority of Jewish Israelis will deem acceptable. Peace with Palestinians has been elusive for the simple fact that the minimal demands of the two sides have proved irreconcilable. So for a small state operating under severe constraints, mowing the lawn offers an expedient way of coping with an intractable problem. While solving nothing, it helps to sustain a status quo that Israelis have learned to live with.

Yet the United States is not small. Nor is it encumbered by any of the constraints that Israel faces, whether diplomatic or geopolitical. Put simply, the United States does have choices in the Middle East, even if most members of our hidebound and war-besotted foreign policy establishment remain willfully blind to them.

The groups with which Israel and the United States are presently locked in conflict, misleadingly referred to under the generic heading of “terrorists,” have a common purpose: to expel intruders from lands they view as rightfully theirs. Yet while the state of Israel cannot leave its disputed territory — doing so would forfeit its existence — that option is available to the United States. Today, the option of military withdrawal, which need not imply outright disengagement, is very much worth examining.

Employing American forces to mow the lawn in perpetuity across large swaths of the Middle East does not enhance U.S. security. It merely adds to an already enormous body count and consumes vast sums of money while diverting attention from matters of far more pressing concern, such as climate change and changing power relations in East Asia.

Half a century ago, critics of the Vietnam War urged U.S. policymakers to “declare victory and go home.” The advice remains no less pertinent today.

Waging open-ended war in the Middle East serves chiefly to perpetuate anti-American terrorism, which in any event does not pose a proximate threat to vital U.S. national security interests. Exercising the choice to terminate a misguided military enterprise dating from Sept. 11 offers a first step toward returning national security policy to a sound footing. U.S. forces have better things to do than to mow lawns in distant and inhospitable climes.

Andrew Bacevich is a contributing writer to Opinion. He is president of the Quincy Institute for Responsible Statecraft. His new book “The Age of Illusions: How America Squandered Its Cold War Victory” will be published in January.