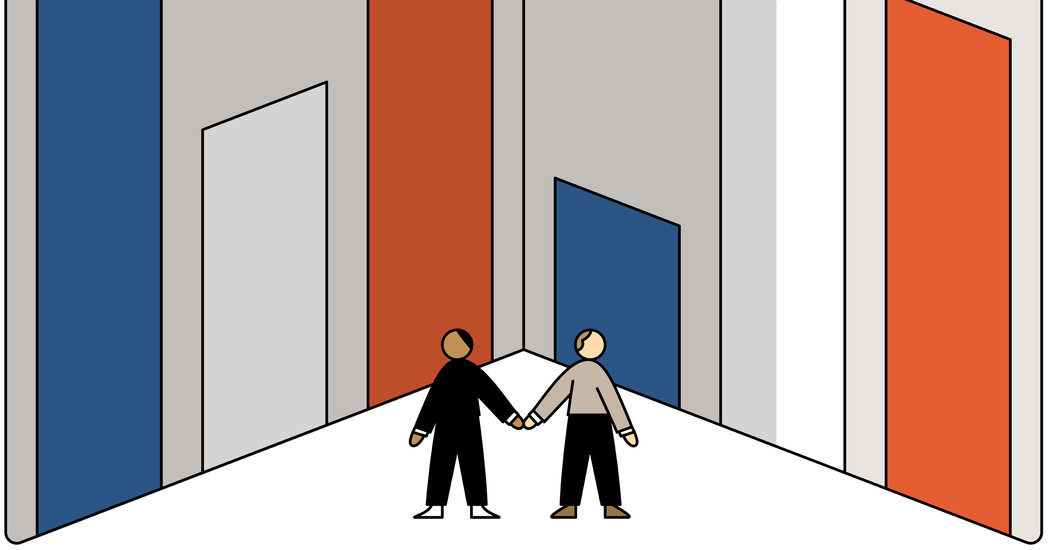 As Pete Buttigieg, the openly gay mayor of South Bend, Ind., has surged to a top position in Iowa polls in the Democratic presidential primary, media reports have emerged warning that his sexuality may yet derail his White House bid. A recent national Politico/Morning Consult poll found that a plurality of voters, 45 percent, think the country is not ready for an openly gay president, with only 40 percent saying it’s ready. Consultants have chimed in to say the mayor may be less electable than coastal elites realize because he’s gay.

Ordinary voters are quoted saying they — or their “devout Christian” mother — “would never vote for a gay.” And the Buttigieg campaign’s own focus groups recently found that many undecided black voters in South Carolina regard the candidate’s sexual orientation as a “barrier” to winning their votes.

But the power of polls to predict behavior around social issues and disfavored groups has always been poor, and what we know about people’s attitudes and actions when it comes to L.G.B.T. concerns tells a cautionary tale about how to interpret claims by voters that they won’t support an openly gay candidate for president.

Pollsters have long known about the poor predictive power of asking respondents how they would treat members of an unfavored minority group, especially in politically polarized climates. In the 1930s, following a period, like today, of growing anti-immigrant sentiment, the Stanford researcher Richard LaPiere crisscrossed the country with a Chinese couple, visiting hundreds of hotels and restaurants. Nearly all of them welcomed the group as patrons.

But when he contacted the establishments months later asking them if they would serve Chinese people, over 90 percent said they would not. In an ensuing article, “Attitudes vs. Actions,” LaPiere concluded that polls about social attitudes often reflect how respondents feel rather than how they’ll actually behave.

Subsequent research has repeatedly confirmed this gulf between what people say they will do and what they actually do when it comes to treatment of certain groups. In the 1970s, surveys suggested that military officers would resign if women were admitted to the service academies. Those who opposed the change used the data to fight women’s inclusion, warning that the military would suffer a fatal blow. But when women were admitted anyway, virtually no one left as a result.

The same argument surfaced a generation later to oppose L.G.B.T. military service. In 2008, a Military Times survey noted that 24 percent of service members said they would not want to serve alongside gay or lesbian troops. Citing the poll, opponents of inclusive service warned of a mass exodus that could swell to half a million troops if President Barack Obama insisted on overturning a ban. Some said the policy change could “break the all-volunteer force.”

Yet after the “don’t ask, don’t tell” policy ended in 2011, nothing of the kind took place. A study written by a panel of service academy professors the next year found that “retention was unaffected” by the reversal of the policy. “There was no mass exodus of military members as a result of repeal, and there were only two verifiable resignations linked to the policy change, both military chaplains,” the report said.

An equally relevant example of the gap between attitudes and behavior comes from President Obama’s politically risky decision to back same-sex marriage six months before the 2012 election. A Gallup poll conducted just after the announcement suggested that a quarter of voters were less likely to support the president in November because of his support for marriage equality. While it’s impossible to know how many, if any, of those voters actually declined to vote for Mr. Obama because of his position, he handily won re-election.

Of course, as the first African-American to be elected president, he once faced the same questions Mr. Buttigieg does now about whether voters who express reluctance to support a minority candidate will ultimately match their voting behavior to their words. Although Mr. Obama likely lost some votes because of his race, his two-term presidency offers yet another data point that many will not.

While the “Attitudes vs. Actions” discrepancy suggests that voters tend to overstate the likelihood that they’ll penalize minority candidates, there is also evidence of the opposite effect: “Social desirability bias” — the tendency of respondents to tell pollsters what they think they’re supposed to say instead of what they really believe — as well as the presence of unconscious bias threaten to skew polling results toward more minority-friendly responses.

This was seen when pollsters failed to capture the full extent of Mr. Trump’s support because, they concluded, some of his voters were reluctant to voice support for a candidate seen as bigoted. That is, they wanted pollsters to believe they were more enlightened than they were.

These conflicting polling phenomena complicate predictions of how voters will respond when faced with a minority candidate. The “Attitudes vs. Actions” discrepancy is a reminder that many people use surveys not to signal behavior they’ll actually engage in but to express their values and even their biases about members of unfamiliar or disfavored groups, especially when they feel those values may be under threat. After all, it’s not every day that a professional surveyor, with the implicit promise to make your voice count, asks you to share your views about something that you don’t always have the chance to discuss honestly.

Attitudes and intentions don’t correlate neatly with behavior. And headlines that over-read what such polls mean can become a dangerous self-fulfilling prophecy, making some candidates seem less electable than they are. This is a good reason to support the candidate you think is best rather than the one you think others may prefer. Voters should decide at the polls, not in the polls, who wins high office.