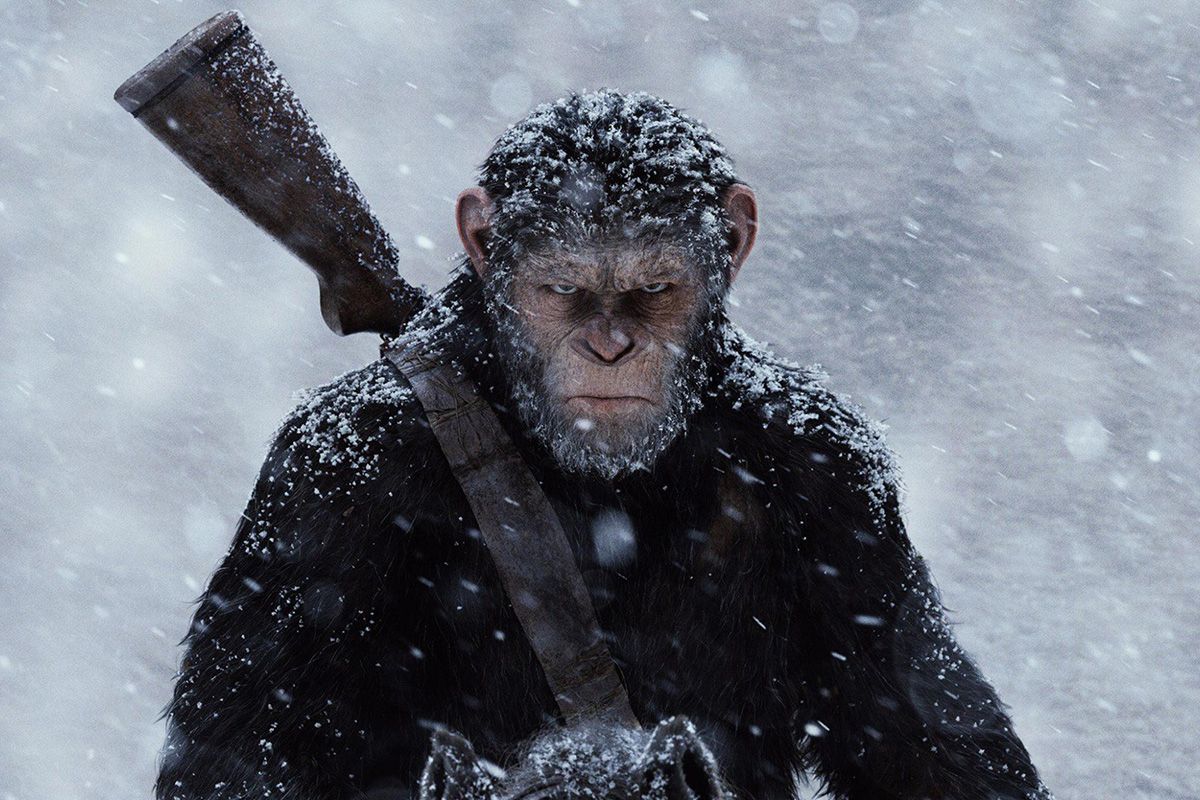 Celebrating the announcement on Twitter, Ball first replied with a thumbs-up emoji to a skeptical fan who tweeted, “if it doesn’t exist in the same universe as this most recent trilogy, it’s really gonna need to justify its existence.”

It’s possible to read that tease either way: that the new Planet of the Apes either exists in the same universe (thumbs up!) or will justify its independent existence (thumbs up again!), but subsequent answers have us leaning more toward the former.

“I would only do this if I felt I could offer something special while still honoring what’s come before,” Ball said. “We have something that’s shaping up to be an awesome chapter to this franchise.”

“It also doesn’t hurt I’m friends with all the folks behind these movies,” he added.

Ball went on to describe his new Planet of the Apes as the “next installment,” pushing back against a Twitter user describing the movie as a “cynical Disney cash grab.”

‘Planet of the Apes’ Ending: Hopeless, in a Good Way

The trilogy begun in 2011 concluded in 2017’s War for the Planet of the Apes, which ended on the death of Caesar (Andy Serkis) after an exodus to a paradisal new land for the ape society to call home. While drawing a definitive conclusion to Caesar’s story, there’s little reason not to reboot the series with such an open ending. The apes—perhaps led by Caesar’s son Cornelius—have a chance to build their society, leaving the future open for Disney and Ball’s take on the franchise. Ball’s description of a new chapter suggests a narrative substantially separate from Caesar’s three-movie battle against human oppression.

Should the new Planet of the Apes instead be a reboot, it would be the series’ fourth, following after the continuity of the original five movies (released between 1968 and 1973) and Tim Burton’s 2001 remake, in addition to the most recent trilogy.

The next installment of Planet of the Apes won’t be in theaters for about two years, so we’ll have plenty of time to speculate what might be next for Earth’s alternate future history.