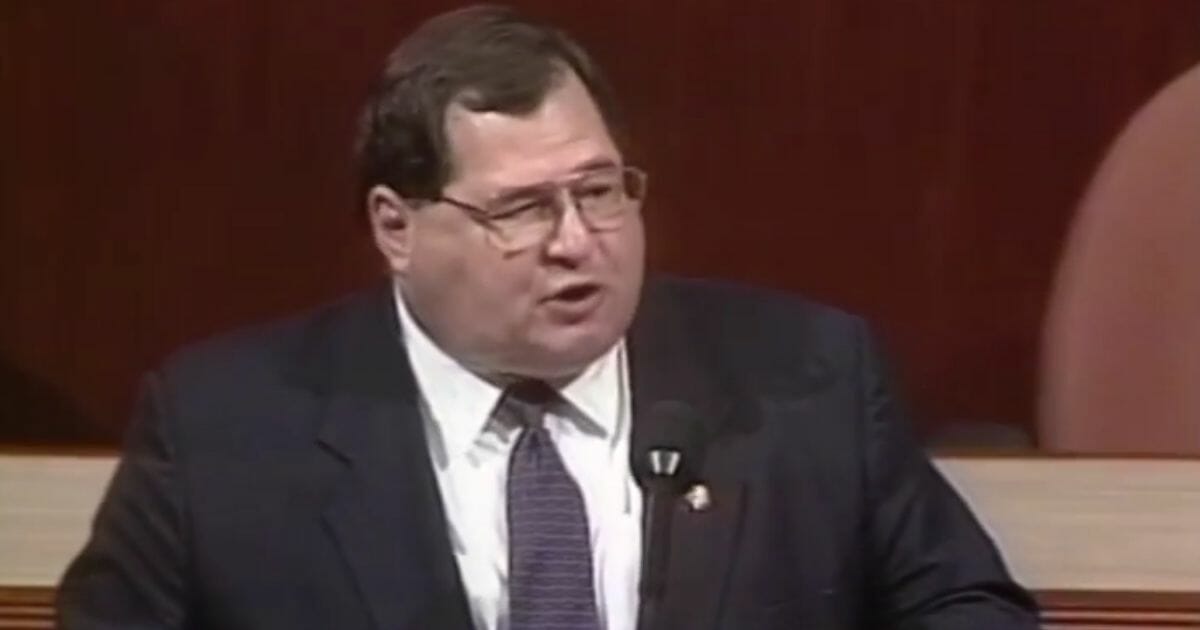 Nadler’s job, more or less, seems to be to deliver an impeachment Christmas present for the Democrats — even though it might end up being a belated one.

If President Donald Trump is impeached, which appears likely, it’ll almost certainly be on a straight party-line vote.

That’s interesting because, when former President Bill Clinton was being impeached 21 years ago, Nadler himself said he was against any impeachment that happened via a largely party-line vote.

Times change. The New York Democrat himself is a much older (if perhaps not wiser) politician. He’s lost quite a bit of weight. He’s also shed a lot of his rhetoric about impeachment, too.

Yes, this speech was made under a different president accused of different “high crimes and misdemeanors.”

If you transposed most of Nadler’s arguments to the Trump situation, however, they would pretty much fit — including what he had to say about the relatively strong consensus he felt that impeachment should require.

“There must never be a narrowly voted impeachment or an impeachment supported by one of our major political parties and opposed by the other,” Nadler said on the House floor in December 1998.

”Such an impeachment will produce a divisiveness and bitterness in our politics for years to come, and will call into question the very legitimacy of our political institutions.”

Do you think Donald Trump will be impeached?

There were plenty of other lines in the speech that resonated more than 20 years after they were uttered, as well.

“We have no right to overturn the considered judgment of the American people,” Nadler said.

RELATED: If You Thought Schiff’s Inquiry Was Bad, Nadler’s Set To Take Over in a Week

“The effect of impeachment is to overturn the popular will of the voters,” he said earlier.

”We must not overturn an election and remove a president from office except to defend our system of government or our constitutional liberties against a dire threat. And we must not do so without an overwhelming consensus of the American people.”

By the way, Nadler was essentially admitting that Bill Clinton had committed perjury, just that he didn’t think the president of the United States committing a crime was an impeachable offense.

Instead, he argued that Benjamin Franklin had called impeachment “a substitute for assassination,” noting the gravity of it.

Rep. Nadler has either changed his opinions greatly or not at all, depending on how moral you think he is.

From what he’s said and done, this clearly isn’t a man terribly concerned about the fact that there isn’t consensus over the current president’s impeachability.

He doesn’t care that there’s an election next year.

He also doesn’t care that what he’s doing is a vulgarization of the impeachment process, rushing to get it done before Christmas break as if it were an overdue term paper.

So either he’s totally changed his opinions about impeachment in the intervening two decades or he only believed what he was saying because it was a Democrat who was being impeached.

If articles of impeachment come from Nadler’s Judiciary Committee, perhaps this speech can be played.  That way, the American people can see how his views have evolved — if that, indeed, is the word you want to use.