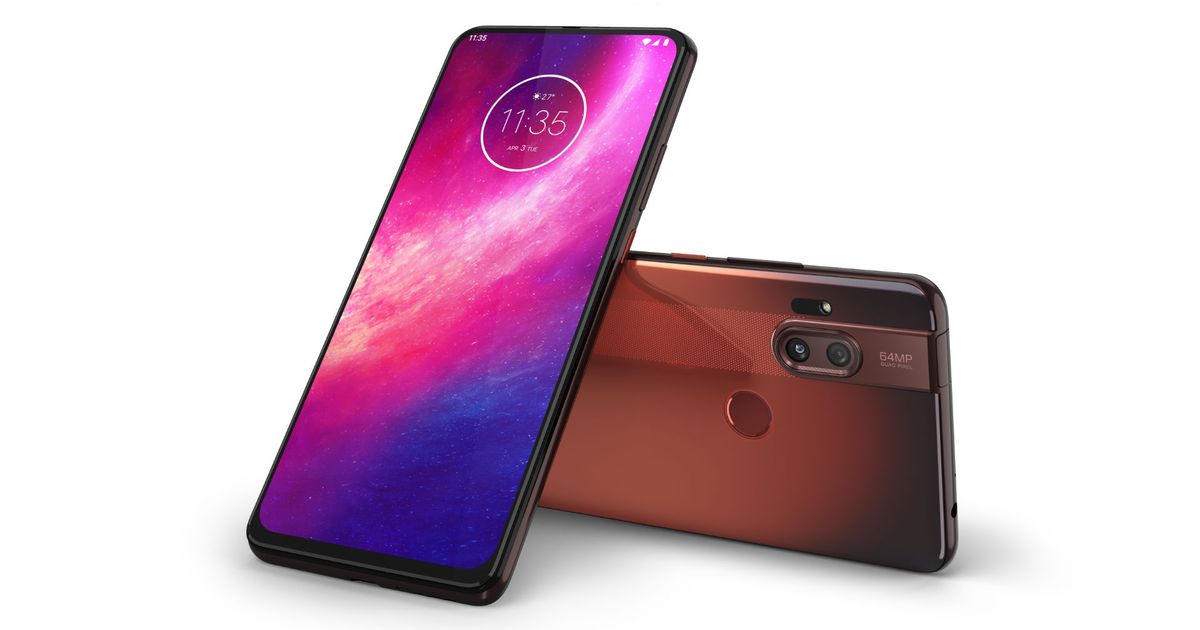 Motorola’s got a new smartphone with a focus on typical pain-points of phones these days: battery life, camera performance, and annoying screen notches.

The Motorola One Hyper is a 6.5-inch LCD display with a 2,340×1,080 pixel resolution, uninterrupted by notches thanks to the 32-megapixel, pop-up selfie camera. On the back, there’s a dual camera setup with a 64-megapixel main sensor and an 8-megapixel wide-angle sensor. Both the front and the rear camera have a “Night Vision” mode for taking low-light photos, which is pretty great as many phones lack this feature on the selfie camera.

The 4,000mAh battery offers up to 38 hours of battery life (according to Motorola) and supports 45W fast charging, with the 45W charger coming in the box but only in some, unspecified regions. Motorola says the charger will give you 12 hours of power after a 10-minute charge, and will get the batter to 75 percent in half an hour — that’s not the fastest charging I’ve seen, but it’s pretty good.

The rest of the phone’s specs keep it firmly in mid-range territory: 4GB of RAM, 128GB of storage, and a Qualcomm Snapdragon 675 processor. Other things worth noting are the fingerprint sensor on the back and the phone’s “water-repellent” design. The phone comes with the latest and greatest Android 10, which is neat.

None of the features above are particularly surprising; the Motorola One Hyper is roughly on par with the endless stream of affordable smartphones with high-specced cameras and fast charging coming out of China, but at least the company is keeping with the times.

The phone is available in three colors: Deepsea Blue, Fresh Orchid and Dark Amber. It’s available now in the U.S: and costs $399.99 unlocked at Motorola.com. It’s also available in select European markets as well as Latin America today, and it’s coming to select markets in the Middle East in the “coming months.”