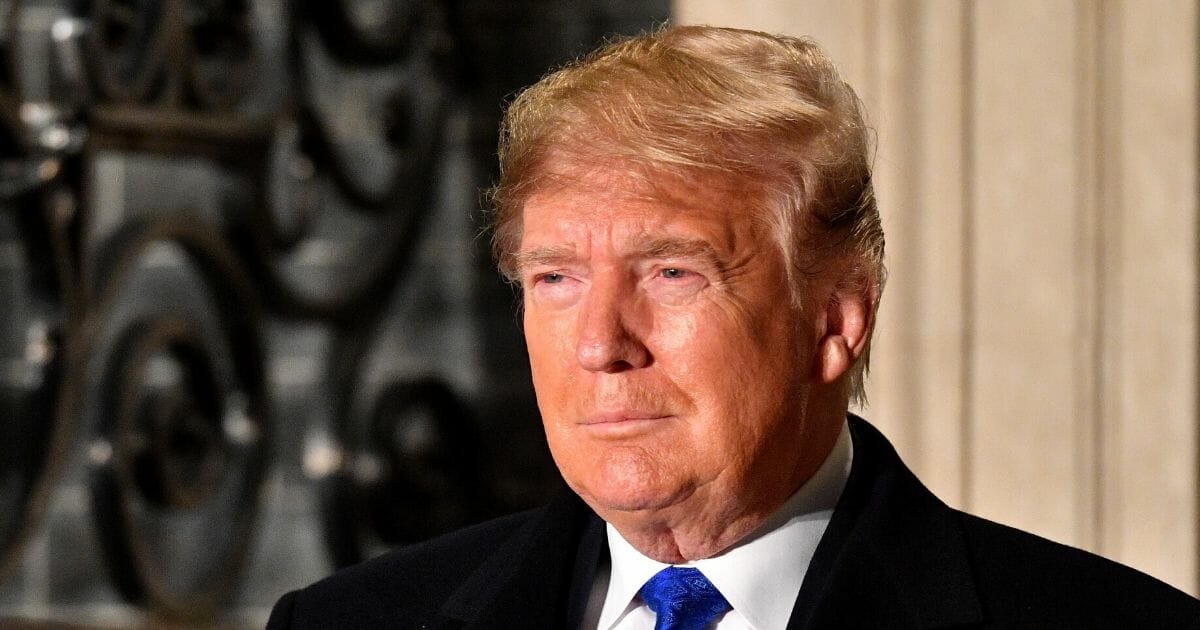 A condensed history of the Democrats’ longstanding promise to impeach President Trump runs through numerous storylines.

A fair review includes pre- and post-inaugural promises to impeach on both general grounds (Hillary Clinton’s supporters being really mad she lost), and the initial, slightly more specific grounds (Trump’s failure to divest from his business empire). Then there were the associated charges of illegitimacy because … Mrs. Clinton won the popular vote … and … the electoral college is an archaic process invented by a bunch of racist white men. This was followed by the persistent allegation that “Trump is a Russian asset,” a charge that gave birth to the 35-month, $32-million Mueller-Russia investigation. The embarrassing conclusion to that lame affair was of course followed by the Trump-Ukraine pre-impeachment process which may now indeed lead to a House vote in the near future.

Alas, it is crystal clear that even if the House finally pulls the impeachment trigger, a GOP Senate will not convict. In fact, the President will no doubt declare victory and go about his re-election efforts. But what then? Well, I’ll tell you: more impeachment shenanigans. You can take it to the bank.

At this point, you may ask, “On what grounds?” Haven’t we had enough impeachment vitriol over the past three years? One might think so, but that conclusion would define you as a Trump sycophant, unable to appreciate the pure evil that is Donald J. Trump. Indeed, a fertile mind can imagine unlimited grounds to hold Mr. Trump responsible — and impeachable:

You may not realize it, but this rarely enforced call was voted upon and passed … during the Trump Administration. Maybe, just maybe, Roger Goodell discussed this incomprehensible remedy with the former owner of the New Jersey Generals? Further investigation required.

Earthlings are now reliably informed the world as we know it has 12 years (and counting) left, per the renowned climate scientist Alexandria Ocasio-Cortez. This is big news, as previously, few climatologists have hazard a precise prediction as to when we are all toast (literally). And who do you think has been president as the timetable for Armageddon has accelerated? You guessed it. Further investigation required.

Do you think Trump will be impeached?

Just over three years ago, President Obama sent $1.7 billion in cash to the mullahs in Tehran, money allegedly owed as part of an arms settlement from the 1970s. It took three flights to Switzerland by unmarked chartered aircraft to get the job done. Mr. Obama also negotiated a nuclear deal with the Iranians, a negotiation that was supposed to be the signature foreign policy accomplishment of the Obama era. Both actions were intended to placate a murderous regional power that 1.) has promised to wipe Israel off the face of the earth and 2.) remains the world’s most notorious state sponsor of terror.

Then along comes Mr. Trump and his decision to hit Iran with draconian sanctions that are sucking the lifeblood out of the Iranian economy and give support to Iranian street protesters intent on regime change. More investigation required.

Have you noticed how popular this genre has become? It is no secret that many country stars lean right (note: lefty T. Swift crossed over to pop a few years ago) and their music is enjoyed by millions of flyover state deplorables who simply do not know better. That numerous country artists have played the Trump White House is all the more damning. This displacement of rock ‘n roll lefties from our national consciousness is an unfolding tragedy. Where is Bon Jovi when we need him? Further investigation required.

RELATED: Fiona Hill’s Testimony Was Both Nonsensical and Partisan

A series of big-money, supposedly woke blockbuster movies have proven busts at the box office, resulting in angry reactions from the directors and producers of these supposedly transformative works. To make matters worse, Clint Eastwood (yep, Dirty Harry himself) keeps churning out hit after hit, many with a decidedly anti-progressive bent. And who do you think Mr. Eastwood supported in 2016? Only another arduous $32-million inquisition will get to the bottom of it. Further investigation required.

Feel free to invent your own case in support of further impeachment inquiries. Washington’s new favorite parlor game may be suffering from low television ratings and increasingly poor polling, but there appears to be no end in sight.