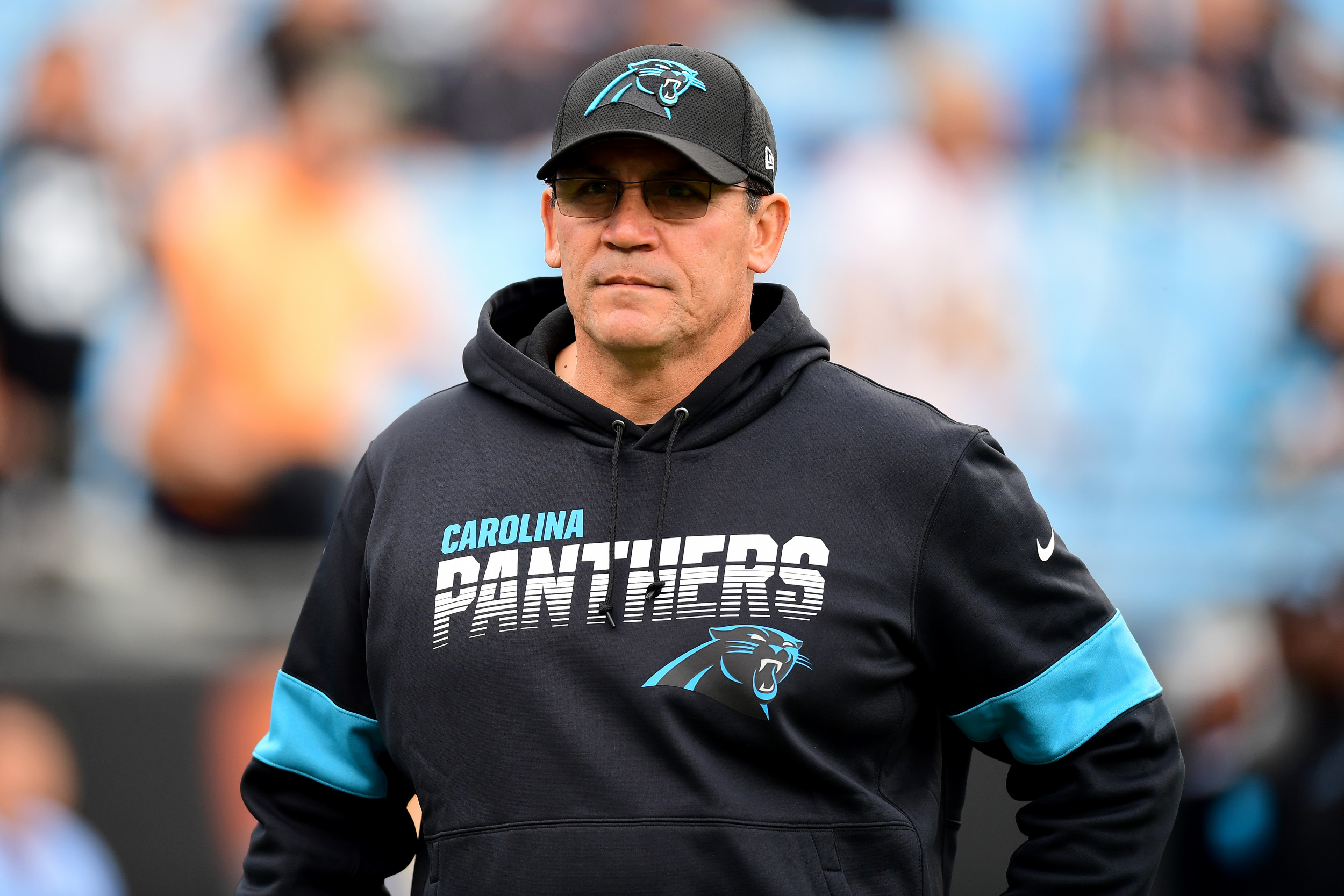 The Carolina Panthers fired coach Ron Rivera on Tuesday after a run of four consecutive losses left the franchise out of the playoff race.

A 29-21 home loss against the hapless Washington Redskins on Sunday left the Panthers 5-7 and convinced owner David Tepper that it was time to pull the trigger and end Rivera’s eight-year spell in Carolina.

“There is a point where you have to try to elevate a whole organization, and without shaking the tree you can’t get any apples,” Tepper said on Tuesday, as per ESPN

“I thought it was time. Why specifically now is [because] I was informed of other teams doing different types of searches out there, and I’m not going to start a search and not tell Ron Rivera I’m starting a search. Too good of a man.”

In eight seasons in Carolina, Rivera won three consecutive divisional titles between 2013 and 2015, the year in which the Panthers lost to the Denver Broncos in Super Bowl 50.

Rivera leaves Carolina with a 76-63-1 record and took the Panthers to the playoffs four times, with the last postseason trip coming in 2017.

So could replace the 57-year-old?

According to BetOnline, at 3/1 the 55-year-old is the bookmaker’s favorite to be the Panthers coach by Week 1 of the 2020 season.

In four seasons in Michigan, Harbaugh has taken the Wolverines to four bowl games—admittedly winning just once—but the Big Ten title has remained frustratingly elusive and Harbaugh has failed to defeat Ohio State in his time in Ann Arbor.

The most recent of those losses came on Saturday, as the Wolverines were thrashed 56-27 at home by the Buckeyes to end the season 9-3.

Michigan is again bowl-eligible this season but there is a feeling Harbaugh’s spell with the Wolverines will only be considered a success if he breaks Ohio State’s dominance. Harbaugh could offer Carolina a safe pair of hands, while the Panthers could offer him the perfect excuse to leave Michigan.

The Ohio native knows the NFL inside out and in four years with the 49ers he took the San Francisco 49ers to two NFC Championship games and Super Bowl XLVII.

So far this week Dallas Cowboys owner Jerry Jones has professed that he will not fire Garrett before the end of the season and that the current Cowboys coach will have a job in the NFL next year.

Whether the latter of those forecasts will come to pass in Dallas remains to be seen. Garrett is 83-65 since taking over as head coach in the 2010 season, and has guided the Cowboys to the postseason just three times since. Speaking on FOX NFL Sunday at the weekend, Jay Glazer of The Athletic suggested Garrett would have to win the Super Bowl to remain in Dallas next year.

That seems easier said than done, with the Cowboys topping of the NFC East more because the Philadelphia Eagles’ dismal run than through any merit of their own.

The New York Giants have also emerged as a potential landing spot for Garrett, who is a 5/1 second-favorite to replace Rivera in Carolina.

The name of the New England Patriots offensive coordinator comes up whenever a head coach vacancy arises in the NFL and he is third-favorite at 11/2 to take over the Panthers.

In his role as offensive coach in New England, the 43-year-old has won three Super Bowls and reached a further two.

While the Patriots’ offense has struggled this season, it ranked in the top 10 since McDaniels returned to Foxborough, Massachusetts, in 2012.

The prospect of McDaniels working with Cam Newton whenever the Panthers quarterback returns to full fitness would be very intriguing.

The former Ohio State coach has been linked to the Dallas Cowboys job should Jason Garrett be fired and he is likely to be in the running for just about any job in the NFL.

It could hardly be otherwise, given the 55-year-old has a career record of 187-32 and has won three nationals titles to go with seven conference titles—two each in the Mountain West and the SEC and three in the Big Ten—during his spells with Utah, Florida and Ohio State.

Firmly committed to the spread offense throughout his career, it would be fascinating to see how Meyer’s approach fares in the NFL.

Like Garrett, Quinn’s job could be on the line with the Atlanta Falcons currently at 3-9 and on a two-game losing streak.

At 6/1, the 49-year-old is a joint-fourth favorite with Meyer to replace Rivera, bizarre as the prospect of the Panthers poaching one of their divisional rivals’ head coach may sound.

In four seasons in Atlanta, Quinn has gone 39-37, taking the Falcons to the Super Bowl in his first year and made the playoffs again 12 months later. Known for his fiery personality and defensive expertise—he played a major role in shaping Seattle’s “Legion of Boom”—Quinn could be an interesting left-field choice.

The man behind the Baltimore Ravens’ high-octane offense will be one of the names at the top of the list of possible candidates for teams looking for a new head coach.

Roman has never been a head coach but spent seven seasons with the Panthers, working in a variety of roles, and is a 12/1 shot to return to the team that first gave him a job in the NFL.

As is the case for McDaniels, pairing Roman with Newton would be a mouthwatering prospect, although the latter’s injury problems mean there are no guarantees Roman could replicate the enormous success he’s had with Lamar Jackson in Baltimore.