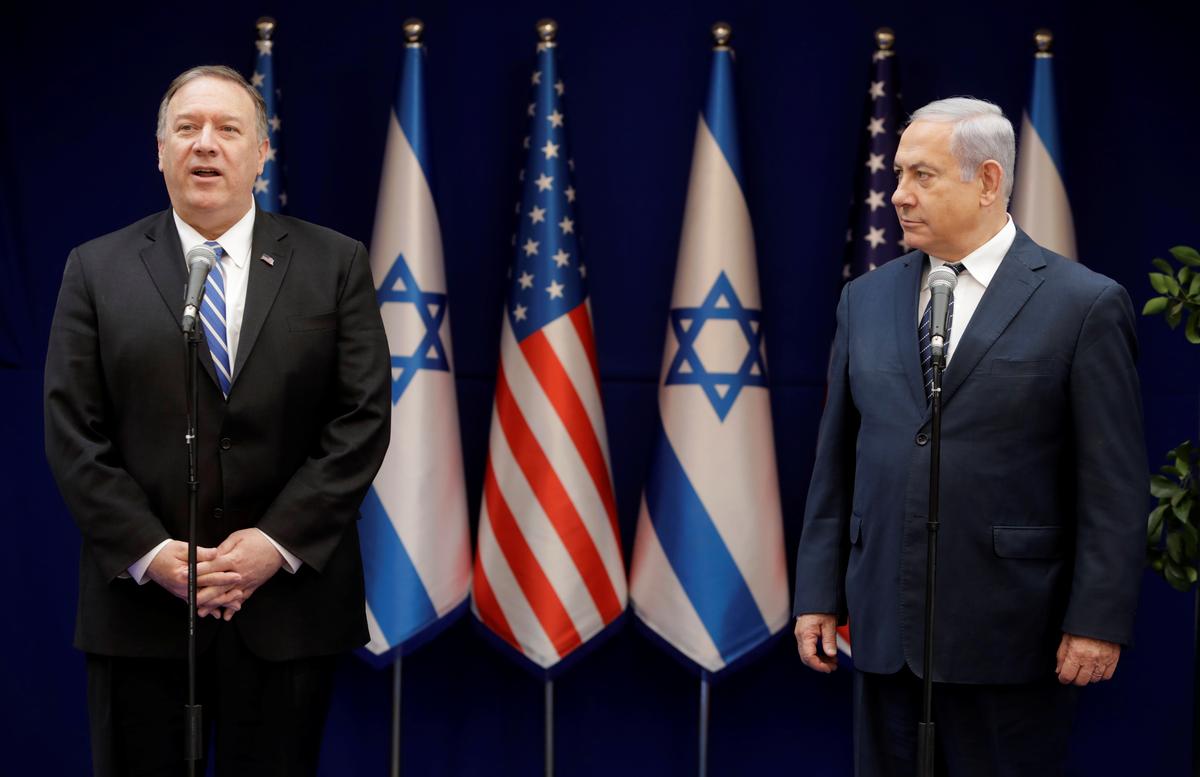 Pompeo, accompanying President Donald Trump at the North Atlantic Treaty Organization (NATO) summit in London, will be in Lisbon on Wednesday and Thursday and will meet with Portuguese Prime Minister Antonio Costa and Foreign Minister Augusto Santos Silva, the department said in a statement.

The hastily arranged talks with the top diplomat of Israel’s closest ally could be aimed at giving Netanyahu a political boost at home.

Israeli politics are in disarray after inconclusive elections in April and September and the failure of Netanyahu and his main challenger, Benny Gantz, to secure a ruling majority in the legislature. Netanyahu also faces a corruption indictment, charges that he denies.

Pompeo and Netanyahu are expected to speak about the threat from Iran, among the issues the Israeli leader discussed in a phone call with Trump on Sunday.

Netanyahu praised Pompeo last month for an announcement of a softening of the longtime U.S. position on Israeli settlements in the occupied West Bank. Pompeo declared that Washington no longer considered the Jewish settlements to be in violation of international law, a policy shift that drew condemnation from Palestinians and Arab leaders.