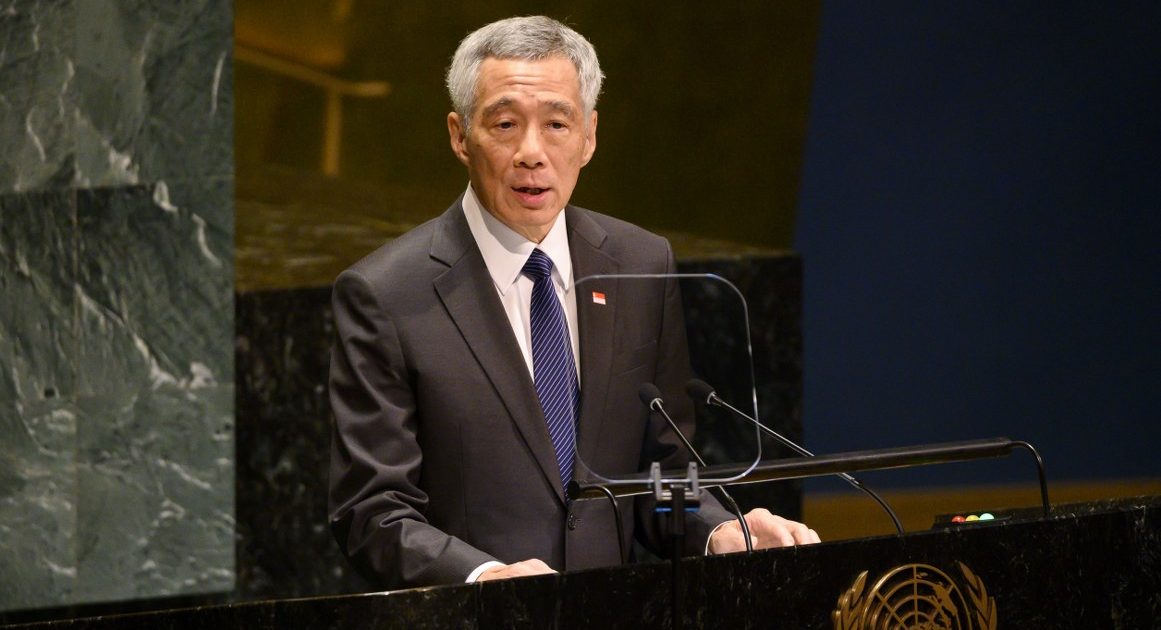 “Facebook is legally required to tell you that the Singapore government says this post has false information.”

That’s the wonderfully passive-aggressive note the social media giant has appended to Facebook shares within Singapore of an online news story by Alex Tan, a critic of Singapore’s government living in Australia. Facebook has added the note to comply with a law Singapore passed earlier in the year granting itself the authority to demand the social media platform “correct” what the government deems fake news—or else face huge penalties.

The law—the Protection from Online Falsehoods and Manipulation Act (POFMA)—was passed in part due to Tan’s regular criticism of the government. Last November, Tan’s site, States Times Review, claimed that Singapore Prime Minister Lee Hsien Loong was being investigated over financial corruption in Malaysia and that his country’s banks may be involved in money laundering. Singapore’s central bank objected to this characterization and demanded that Facebook remove a post promoting Tan’s story. Facebook refused to comply.

So Singapore passed POFMA and thus ordered Facebook to comply or else face hundreds of thousands of dollars in fines. The law even calls for possible imprisonment for violators.

On Nov. 23, Tan reported that a whistleblower was arrested in Singapore for revealing that a candidate supported by the ruling People’s Action Party (PAP) was an evangelical Christian. Tan, without explaining why, suggested that the candidate’s history of attempting to convert people to Christianity marked her as a “religious extremist” trying “to remove the secular status of the country.” Singapore disputes that this arrest actually happened and has invoked POFMA to order Facebook to “correct” what it deems to be “fake news.” BuzzFeed reports that users in Singapore (and only in Singapore) are now seeing the Facebook note stating that the government says the story isn’t true.

Tan has acknowledged to BuzzFeed that he’s not sure the arrest happened. He wrote the story based on a tip-off. The Singapore government runs its own fact-checking site called Factually, which insists no such arrest happened and that the government didn’t order (as Tan claims) Facebook to shut down a page for a National University of Singapore student group. Facebook shut the page down for violating the site’s “authenticity” guidelines after the college’s student union said the page wasn’t official and was posting misleading articles.

Tan clearly has an axe to grind with the current government of Singapore and is calling for PAP’s removal from power and the arrest of Loong for abuse of his position. He may well have been a little quick to believe accusations of bad behavior on the part of Singapore officials.

But that’s actually what makes Singapore’s behavior all the more concerning. Tan is in exile, living in Australia, and is about to become a citizen there. He’s not returning to Singapore. He’s not terribly concerned about possible jail time. But he’s also small fish compared to the Singapore government (BuzzFeed notes that his site has 53,000 likes on Facebook). It is disturbing to see the government take such heavy-handed actions—including jail threats—to protect its grasp on political power. If the government is threatening Tan over something as small as whether somebody has been arrested or not, is there any sort of fact that would be beneath its observation and interference?

Outside of Singapore, it’s hard to look at the information presented here and determine what the “facts” actually are. The Singapore government and PAP have a lengthy history of overly sensitive responses to criticism. Loong has a history of suing critics who accuse him of misconduct. Tan, however, may actually be wrong about the facts in this one story. Would you be comfortable from this distance deciding who is right? Would you be willing to decide which version of the story should be “allowed” to be shared on social media?

The fight now unfolding in Singapore should give people like Sacha Baron Cohen doubts about granting any government—whether in the United States, United Kingdom, or elsewhere—the authority to force Facebook (or any online platform) to fact-check political speech. Such authority will not be used to help the public become more informed about what our politicians and governments are doing. It will inevitably be used to stifle criticism. In Singapore, we already have a real world example of how such power can be abused.