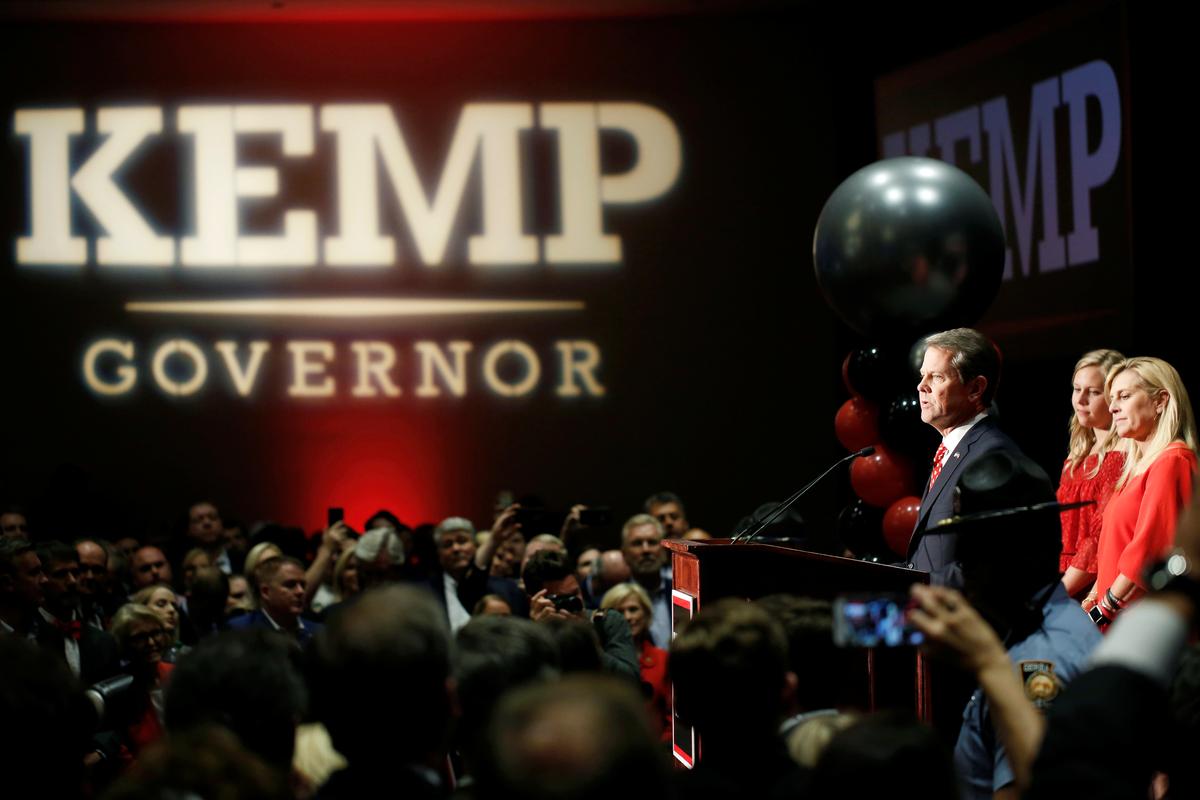 Loeffler, a self-described “political outsider” will replace Senator Johnny Isakson, who will retire at the end of the month.

“We took an unconventional approach to picking senator Isakson’s replacement,” Kemp told a news conference. “I had no shortlist prepared nor no leading candidate in mind, I had no favors to repay and no intention of making any backroom deal.”

Loeffler in a Facebook post immediately signaled her support for the president. “In the U.S. Senate, I will work with President Trump to defend life, protect our borders, grow jobs, strengthen our military, and advance policies that Keep America Great.”

Loeffler has portrayed herself as a lifelong conservative and a devout Christian who is firmly pro-Second Amendment, pro-military and pro-wall.

Trump threw his weight behind Kemp’s campaign for governor in Georgia last year, which resulted in a narrow victory over Democratic rising star Stacey Abrams.

Trump sought to have Kemp appoint Collins to the soon-to-be vacant senate seat, wanting one of his staunchest defenders in that chamber ahead of a possible impeachment trial next year.

Kemp likened Loeffler to the president’s daughter Ivanka and stressed her commitment to Trump’s agenda in his appointment speech.

“Like our president, Kelly is ready to take on the status quo, the politically correct and the special interest,” Kemp said. “She will end this impeachment circus in Washington and get Congress back to working for the people of our country.”