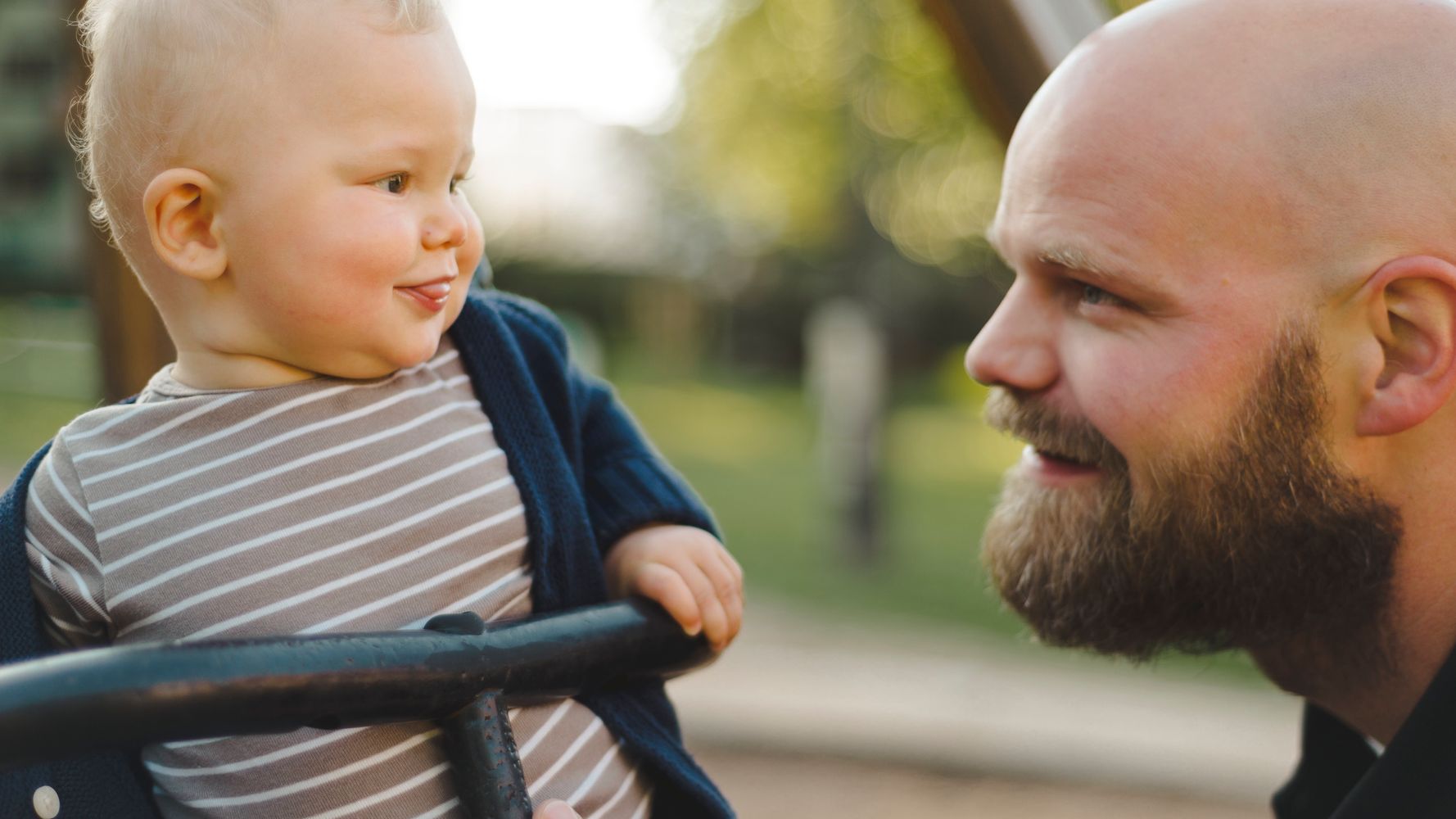 We know men earn more money than women, on average, but a new study just turned up a somewhat surprising manifestation of wage inequality: a gender pay gap in parental leave.

Though fathers are less likely than mothers to take time off to care for a new baby or a family member, when they do take leave, they’re more likely to be paid by their employer.

The findings come from a comprehensive survey and focus group study on men and caregiving released Wednesday by New America, a Washington, D.C.-based think tank.

According to the survey, 71% of fathers who took leave to care for a child or family member reported that the time off was at least partially paid by their employer. Fifty-seven percent said the leave was fully paid.

This disparity holds despite that fact that mothers in some states have access to paid maternity leave through disability insurance ― something fathers can not use.

New America’s report is based on a nationally representative survey of 2,966 men and women conducted April 25-May 16, using an online panel run by NORC, a research institution at the University of Chicago. The researchers also convened focus groups centering on 68 adults in total. (Read the full methodology.)

Contrary to conventional wisdom, the researchers found that men very much want to take leave to care for their loved ones. And many already do: 48% of fathers said they took leave following the birth or adoption of a new child, compared with 55% of mothers. About a quarter of the men surveyed said they’ve taken leave to care for a family member, compared to 31% of women.

“The central theme of this report is that men and women both want to take leave and men are less likely to take it,” said Amanda Lenhart, deputy director at the Better Life Lab at New America, who worked on the report.

The gap in caregiving pay that New America found is different from the gender wage gap in at least one key way: It is not caused by any sort of blatant discrimination. Employers aren’t purposefully giving men more money to take paternity leave.

The reason why men receive more money than women when they take leave is likely because men aren’t taking any time off unless it’s paid for. Eighty-seven percent of respondents said that economic factors are the top reason men don’t take time off for caregiving. Women, of course, don’t always have that luxury.

Men are also taking much less time off than women. New America didn’t ask survey respondents how long their leave was ― indeed, the researchers took an expansive view of caregiving leave, counting anything longer than one or two days.

A separate study from Pew in 2017 found that the median length of parental leave for men is one week, compared to 11 weeks for women. It’s likely that men can more easily cobble together the paid time off for a short period with vacation and sick days.

The report is sprinkled with snippets of stories from men about their caregiving experiences. Many wanted to spend more time at home but were hampered by financial responsibilities or social pressure to continue working ― or both.

“I took paternity leave from my job recently. Four months. I felt sort of frowned upon about it. As a man,” Peter H., a 42-year-old father of two who participated in New America’s focus group, said in the report. “Taking full paternity as a sales rep seemed weak.”

The U.S. is one of just a handful of countries that doesn’t guarantee any paid time off to new mothers.

Dave Sucharski, a father from Pennsylvania who spoke to New America, was back to work just a week after his wife went through a difficult childbirth, with his daughter ending up in intensive care. He didn’t have access to any paid parental leave through his job at a small firm ― and his wife had to piece together partial pay through disability insurance, 12 weeks unpaid leave and all her vacation and sick time just to get by herself.

“It was pretty abysmal,” he said.

Sucharski said he wished he’d gotten more time off ― and more encouragement at work and from his family ― to help both his newborn and his partner recover.

“I had no one in my inner circle of family or friends who could say, ‘Oh Dave, it’s so important for you to be there,’” he said in the report. “‘I don’t feel (taking leave) is widely accepted in the business world. I felt pressure that my job is to be the breadwinner, not to be home with the ice packs and baby bottles.’”

Men in heterosexual partnerships still earn more money than their partners ― thanks in part to the gender pay gap. In fact, the pay gap widens after a baby arrives ― with men earning more money after becoming fathers, and women earning less.

When it comes time to choose who takes time off, a male worker is less likely to risk the loss to his earnings or potential earnings.

“If you have a female member of a hetero couple who earns less, that is one tick on the ledger,” said Lenhart of New America. “It’s easier to earn less of her income than her spouse’s.”

The New America survey featured a relatively small number of LGBTQ individuals, but Lenhart said that in terms of leave-taking, “they look pretty much like heterosexual folks.”

“Research … suggests that same-sex couples adopt breadwinning and caregiving divisions of labor similar to heterosexual couples, especially after having children,” she said.

Women also have no choice but to take time off if they’ve given birth to a child ― they’ll need physical recovery time. The study found that 40% of mothers have taken unpaid leave to care for a new baby or family member, compared with 28% of fathers.

If gender equality at work and at home is the aim, the report finds there’s a lot of work to be done. And it’s not just a matter of changing the culture to make it more amenable to male caregivers.

In fact, one of the more surprising findings from the New America survey is that the culture has changed. Many men want to do more caregiving, something that became clear in the focus groups. The same percentage of men and women (30%) said they would need paid parental leave in the future; indicating a similar need. However, men need to feel empowered to take time off without denting their economic situation ― and at work, they need to feel supported to take time away.

In 2019, at many workplaces men still feel they’ll be penalized for taking leave. And, judging by a few recent lawsuits, they still are.

“American values around men and caregiving have evolved tremendously in recent decades,” the report’s authors write. “It’s time for our policy structures and work culture to catch up with them.”