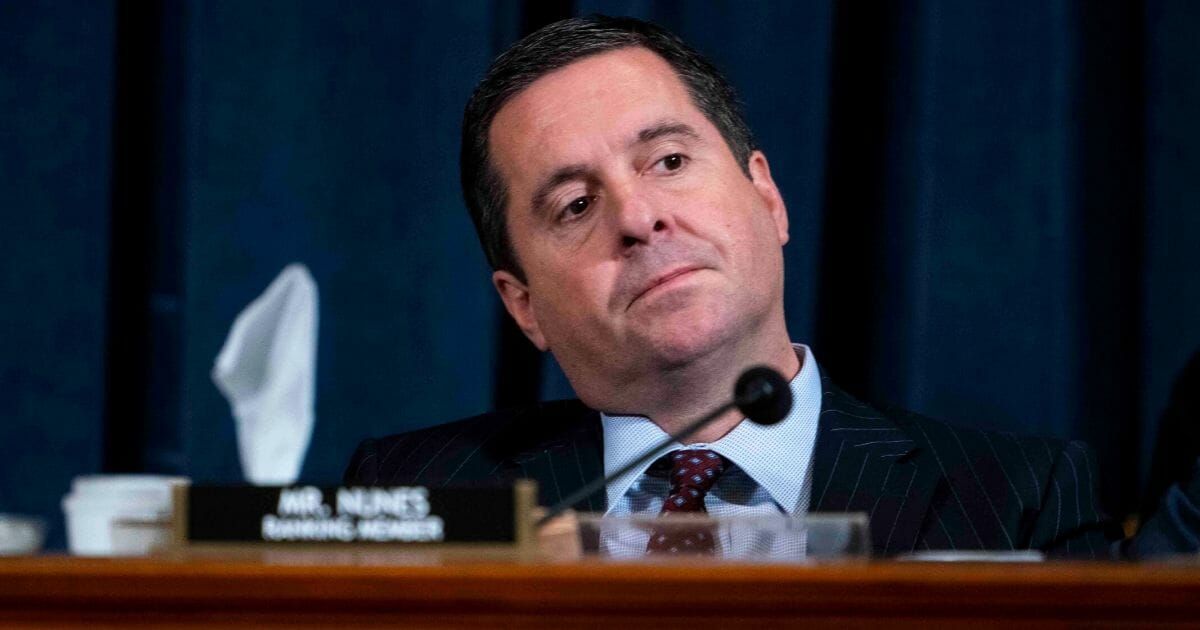 This should get the mainstream media’s attention.

California Republican Rep. Devin Nunes on Tuesday filed a $435 million defamation lawsuit against CNN over what the lawsuit called a “demonstrably false hit piece” that alleged Nunes had met with a former Ukraine prosecutor to gather negative information about former Vice President Joe Biden and his son, Hunter, Fox News and other media outlets reported Tuesday.

Besides the network, the lawsuit names Vicky Ward, the reporter who wrote the piece, and Chris Cuomo, anchor of “Cuomo Prime Time” who had Ward as a guest when the story was published, Fox reported.

“CNN is the mother of fake news,” the lawsuit states, according to The Washington Times. “It is the least trusted name. CNN is eroding the fabric of America, proselytizing, sowing distrust and disharmony. It must be held accountable.”

CNN did not “immediately” respond to a request for comment, Fox reported.

The CNN report at issue, originally published Nov. 22 and updated Nov. 23, alleged that Nunes had met with former Ukraine Prosecutor Viktor Shokin in Vienna in December.

The intent of the meeting, according to the CNN report, was to “discuss digging up dirt on Joe Biden.”

Nunes threatened almost immediately to go to court over it.

The lawsuit filed Tuesday categorically denies any such meeting or any communication between the two men, according to The Washington Times.

Do you think Nunes’ lawsuit will succeed?

“Devin Nunes did not go to Vienna or anywhere else in Austria in 2018,” the lawsuit states, according to The Washington Times.

It said Nunes had traveled to Libya and Malta as part of a congressional delegation.

“Devin Nunes has never met Viktor Shokin,” it states, according to The Times report. “This meeting never took place. Viktor Shokin doesn’t know and hasn’t even heard of Devin Nunes.”

The source of CNN’s story was an attorney for Lev Parnas, an associate of President Donald Trump’s personal attorney Rudy Giuliani. Parnas was indicted in early October on alleged campaign finance violations.

Shokin was the prosecutor who was fired by Ukraine in 2016 after then-Vice President Joe Biden threatened to withhold $1 billion in American loan guarantees. The video of Biden boasting about getting Shokin fired has become part of the lore surrounding the Democrats’ impeachment attack on President Donald Trump.

The CNN report also claimed that Nunes had been in contact with Parnas in December 2018, but the lawsuit denies that, too.

“Devin Nunes did not communicate with Parnas in December 2018,” the suit states, according to The Washinton Times.

However, the Washington Examiner reported Tuesday that Democrats on the House Intelligence Committee had released phone records showing four calls between Nunes’ and Parnas’ phones on April 12.

Two were for 2 seconds or less, the newspaper reported; one was for one minute and one was for more than eight minutes.

“The date of the calls, April, is after the period covered by the CNN story, but nevertheless, the calls will raise questions about what transpired,” the newspaper reported.

News of the lawsuit caused a stir on social media. There were plenty of liberals taking CNN’s side, of course, but plenty of Trump supporters too, who were eager to see the fight taken to one of the administration’s biggest critics in the mainstream media.

Devin Nunes Sues CNN: Reveals He Was Not in Vienna in Late 2018, Did Not Meet Victor Shokinhttps://t.co/X1KHd1L2MF

Wish more ppl would do this to fake news organizations !

I hope he wins and is awarded a big bundle of money.

Why we don’t trust mainstream media.

The lawsuit seeks compensation for “insult, pain, embarrassment, humiliation, mental suffering, injury to his reputation, special damages, costs, and other out-of-pocket expenses,” according to Fox.

Under United States law, it’s difficult for public figures such as Nunes to win a defamation suit. As The Washington Times pointed out, a plaintiff must not only prove defamatory information was false but that the news outlet involved was aware that it was false and acted out of “actual malice.”

The lawsuit apparently hopes to use the well-documented history of antagonism between CNN and the Trump administration to help its case.

As the former chairman of the House Intelligence Committee and currently its ranking Republican member, Nunes has been a powerful and outspoken ally of the Trump White House on Capitol Hill.

“CNN harbors an institutional hatred, extreme bias, spite and ill-will towards Plaintiff, the GOP and President Trump, going back many years. CNN is notorious for making false claims about Republicans and publishing fake news that later has to be retracted,” the suit states, according to Fox.