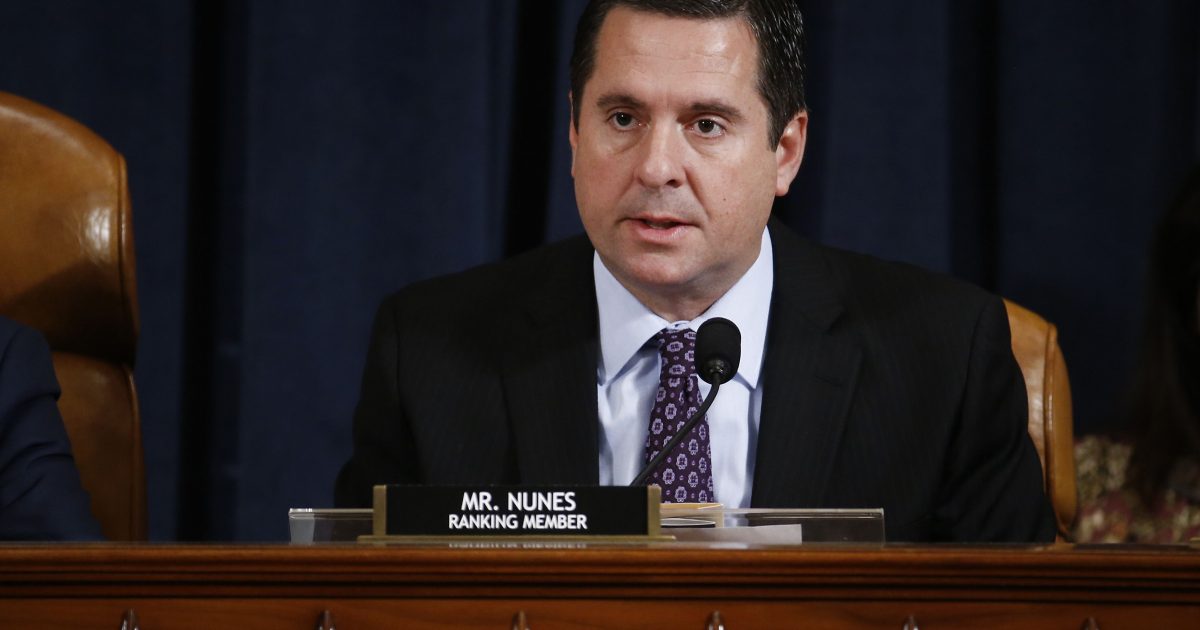 “The Democrats’ impeachment inquiry is not the organic outgrowth of serious misconduct; it is an orchestrated campaign to upend our political system,” the report says. “The Democrats are trying to impeach a duly elected President based on the accusations and assumptions of unelected bureaucrats who disagreed with President Trump’s policy initiatives and processes.”

The minority party asserts that Trump pushed Ukrainian President Volodymyr Zelenskiy to announce investigations connected to his political rivals not for partisan gain but because Trump was suspicious of the country’s “history of pervasive corruption,” although the country had already met its anti-corruption benchmarks to receive foreign aid.

“Understood in this proper context, the President’s initial hesitation to meet with President Zelensky or to provide U.S. taxpayer-funded security assistance to Ukraine without thoughtful review is entirely prudent,” the House Republicans write.

An impeachment inquiry is underway amid allegations that Trump withheld a White House meeting and $391 million in security assistance to Ukraine in exchange for Zelenskiy publicly pursuing probes into Burisma Holdings, where former Vice President Joe Biden’s son sat on the board, and into a highly criticized theory that Ukraine executed an election interference scheme that benefited 2016 Democratic candidate Hillary Clinton. The Republicans’ overview pushes back against the testimonies of several witnesses who appeared before the House Intelligence Committee, many of whom stated that the president’s request contradicted diplomatic goals and equated to a political favor.

“I know that members of this committee have frequently framed these complicated issues in the form of a simple question: Was there a ‘quid pro quo?'” Gordon Sondland, the U.S. ambassador to the European Union, testified on November 20. “With regard to the requested White House call and White House meeting, the answer is yes.”

The Republican impeachment report casts such witnesses as unreliable, without the proper knowledge, and motivated by an animus for Trump’s style of governance. “They are trying to impeach President Trump because some unelected bureaucrats chafed at an elected President’s ‘outside the beltway’ approach to diplomacy,” the report says. But those depictions are somewhat puzzling, particularly in regards to Sondland, who was given his position after donating $1 million to Trump’s inaugural fund, and who described a friendly and direct working relationship with the president. Testimonies from Kurt Volker, the former special envoy to Ukraine, and Bill Taylor, the country’s chargé d’affaires, squared with Sondland’s account, with the latter telling congressional investigators that it is “crazy to withhold security assistance for help with a political campaign.”

The Republican report is also in contention with sworn comments made by Lt. Col. Alexander Vindman, who said that Trump disregarded National Security Council-approved talking points on corruption in his April and July phone conversations with Zelenskiy. White House readouts show that the president never addressed “corruption,” but instead asked Zelenskiy to “do us a favor” on the July 25 call. Vindman also testified that the White House readout of that conversation specifically replaced “Burisma” with “the company.”

Complaints about the impeachment process are also present in the GOP report, as House Republicans continue to accuse Democrats of stripping Trump of due process. “For the first phase of the Democrats’ impeachment inquiry, Chairman Schiff led the inquiry from his Capitol basement bunker, preventing transparency on the process and accountability for his actions,” it says. As I’ve previously noted, such claims are not based in reality: It was House Republicans who set these very rules in 2015 under then-Speaker John Boehner (R–Ohio).

All told, the report cements the likely Republican defense of Trump, should the current inquiry move to an impeachment trial.