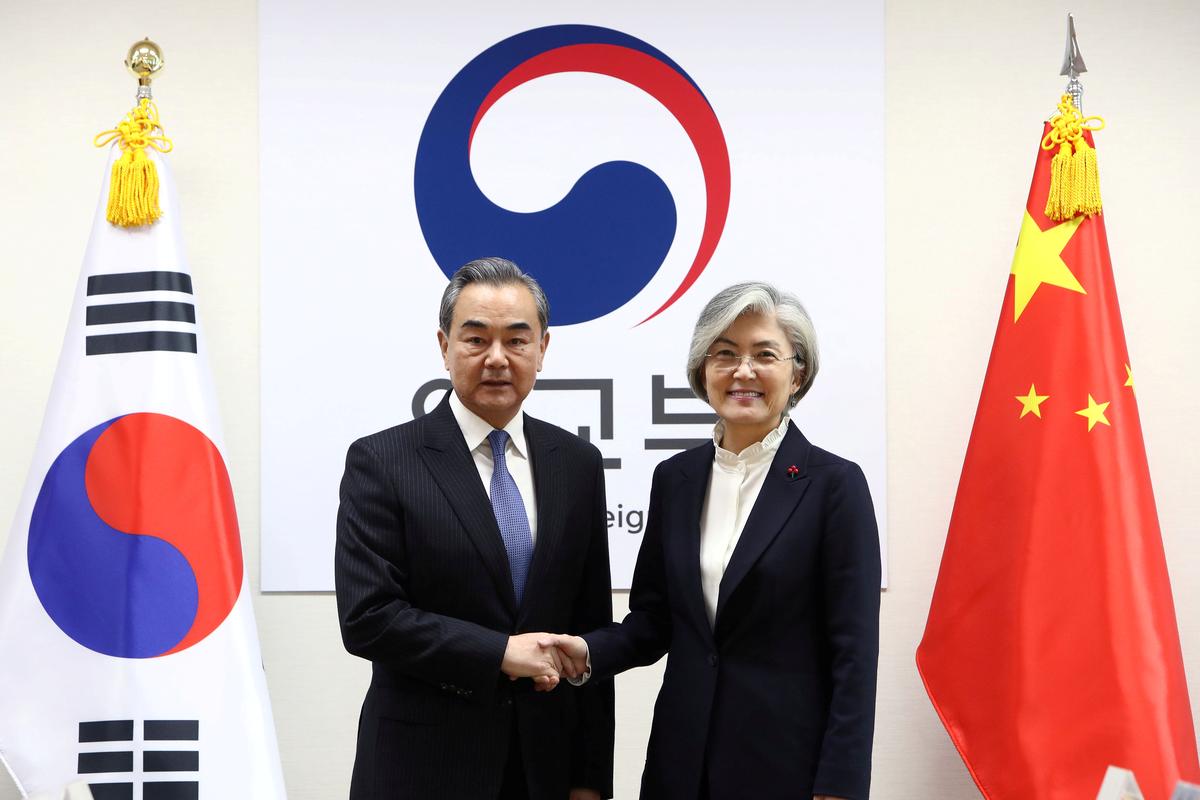 SEOUL (Reuters) – South Korea said it would seek China’s help to denuclearise the Korean peninsula as one of Beijing’s most senior diplomats arrived in Seoul on Wednesday to repair ties that soured over the deployment of U.S. anti-missile systems in 2017.

South Korea’s Yonhap news agency reported that the agenda for meetings was likely to include plans for a trilateral summit with Japan to be held in China later in December, a possible visit by Chinese President Xi Jinping, as well as the stalled denuclearisation talks with North Korea.

Calling the two countries “close neighbours, friends, and partners”, China’s Wang said they should work together to keep “regional peace and stability”, according to the Yonhap report.

Kang said she looked forward to exchanging ideas to promote economic, environmental, and cultural cooperation, as well as “ways to work together to establish denuclearisation and peace on the Korean peninsula.”

South Korea sees China as instrumental in reviving stalled denuclearisation talks between the United States and North Korea, a longtime ally of Beijing.

Negotiations between North Korea and the United States hit a stalemate after a day-long working-level meeting in October in Stockholm broke down.

North Korean leader Kim Jong Un has set an end-year deadline for Washington to reconsider its approach to talks. U.S. officials have downplayed the deadline, calling it artificial.

Wang last visited the South Korean capital for a trilateral meeting, also attended by Japan, in 2015.

A year later a row blew up over the planned siting in South Korea of the U.S. Terminal High Altitude Area Defence (THAAD) system, designed to intercept ballistic missiles.

Beijing said it upset the regional security balance as the system’s powerful radar could penetrate into Chinese territory.

South Korea and the United States went ahead regardless, installing the anti-missile system in 2017, saying it was warranted because of North Korea’s provocations.

North Korea has test fired dozens of missiles since, most recently on the U.S Thanksgiving holiday last week.

South Korea is also seeking to open additional military hotlines with China after their defence ministers discussed the issue on the sidelines of an international conference in Bangkok last month.

The Global Times, a tabloid published by China’s ruling Communist Party’s official newspaper, quoted a Chinese academic saying relations with South Korea had begun to thaw, despite remaining problems of the THAAD deployment.

“The ice is melting between the two countries but spring has not yet arrived,” Renmin University of China associate professor Cheng Xiaohe said.