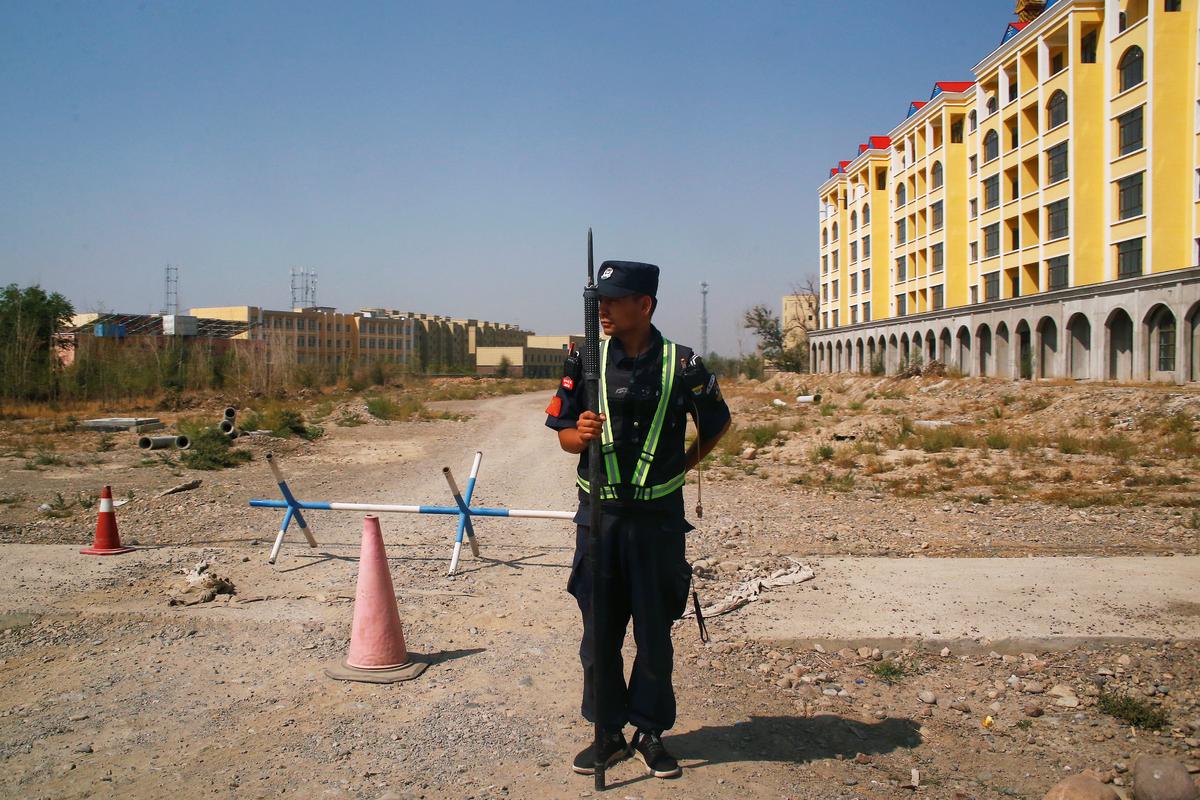 BEIJING/WASHINGTON (Reuters) – China warned on Wednesday that U.S. legislation calling for a tougher response to Beijing’s treatment of its Uighur Muslim minority will affect bilateral cooperation, clouding prospects for a near-term deal to end a trade war.

Expectations of a quick deal had receded already, after U.S. President Donald Trump said on Tuesday it might take until late 2020 to reach agreement.

Approval by the U.S. House of Representatives of the Uighur Act of 2019, which still requires passage by the Republican-controlled Senate before being sent to Trump, has angered Beijing and further strained an already testy relationship.

With a new round of U.S. tariffs on Chinese goods scheduled to take effect in less than two weeks, the possibility of another breakdown is growing.

“Do you think if America takes actions to hurt China’s interests we won’t take any action?” Chinese foreign ministry spokeswoman Hua Chunying said when asked whether the Uighur bill would affect the trade negotiations. “I think any wrong words and deeds must pay the due price.”

Negotiators have continued to work on the trade deal. But sources familiar with the talks say the two sides are still wrangling over the details, including whether existing U.S. tariffs on Chinese goods will be removed and how much in additional U.S. agricultural products China will buy.

Bloomberg reported on Wednesday that Washington and Beijing are “moving closer” to agreeing on how much tariffs would be rolled back in an initial trade deal despite the Hong Kong and Xinjiang issues, citing people familiar with the talks.

U.S. Commerce Secretary Wilbur Ross told CNBC on Tuesday that staff-level trade negotiations with China were continuing but no high-level trade talks had been scheduled. Planned U.S. tariffs on remaining Chinese imports will take effect on Dec. 15 barring significant progress in the talks, or a deal, he said.

Hua said China would set no timeline or deadline for a trade deal and would take “decisive” countermeasures to defend its interests if what she called U.S. protectionism and bullying over trade continued.

She did not elaborate on what the measures might be.

A Chinese official who declined to be identified warned that U.S. implementation of the new round of tariffs scheduled on Dec. 15 would be countered by China with retaliatory tariffs – an outcome the official said would seriously disrupt talks.

Another Chinese official said it may take a very long time for Washington and Beijing to reach a deal if they cannot find a way to strike while “the iron is hot.”

FILE PHOTO: A Chinese police officer takes his position by the road near what is officially called a vocational education centre in Yining in Xinjiang Uighur Autonomous Region, China September 4, 2018. REUTERS/Thomas Peter

The Uighur bill, which was passed 407-1 in the Democratic-controlled House, requires the U.S. president to condemn abuses against Muslims and calls for the closure of mass detention camps in its western region of Xinjiang. It also calls on Trump to impose sanctions for the first time on a member of China’s powerful politburo, Xinjiang Communist Party Secretary Chen Quanguo.

Beijing called the bill a malicious attack on China, demanded the United States keep it from becoming law and said it would act to defend its interests as necessary. [L1N28D1TH]

The U.S. embassy in China said it would not speculate on China’s possible counter-measures.

“We continue to call on (China) to immediately release all those arbitrarily detained, and to end its draconian policies that for more than two years have terrorized its own citizens in Xinjiang,” it said in a statement.

The White House has yet to say whether Trump would sign or veto the bill, which contains a provision allowing the president to waive sanctions if he determines that to be in the national interest.

A U.S. State Department spokeswoman said it was closely monitoring developments related to the Uighur Act and shared congressional concerns about China’s “campaign of repression in Xinjiang.” However, she did not say whether the department supported the bill itself.

In October, the State Department announced visa restrictions on officials believed responsible for abuses in Xinjiang, but did not say if they included Chen.

Dilxat Raxit, spokesman for the World Uyghur Congress, said the House bill was an important action opposing “China’s continued push of extreme persecution”, and that the organisation looks forward to Trump signing it into law.

Analysts say China’s response to the passage of the Uighur bill could be stronger than its reaction to the U.S. law backing Hong Kong protesters. Beijing said on Monday it banned U.S. military ships and aircraft from visiting the island and sanctioned several U.S.-based non-government organisations.

Global Times, an influential tabloid published by the official newspaper of China’s ruling Communist Party, tweeted on Tuesday that Beijing would soon release a so-called unreliable entities list imposing sanctions against those who harm Chinese interests.

It said China was expediting the process for the list because the U.S. House bill would “harm Chinese firms’ interests”, and that “relevant” U.S. entities would be among the targets.