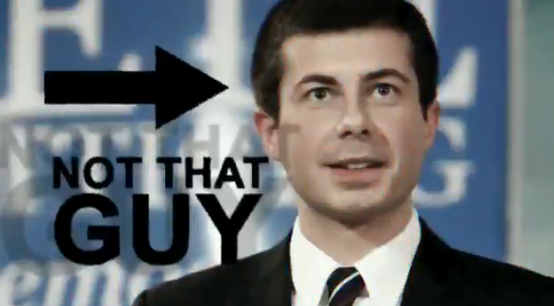 While never mentioning the South Bend mayor by name, Booker questioned during an interview with Buzzfeed‘s AM to DM whether his senate colleagues Kamala Harris (D., Calif.) and Amy Klobuchar (D., Minn.) would have received the same media treatment if they entered the race as small town mayors.

“If they were a mayor of, say, a city where you needed 10,000 votes to win, would the media have the same kind of narrative around them?” Booker said. “If their highest office was mayor and they had lost statewide, would the same conversation be swirling around them?”

Buttigieg received 10,991 votes in his victorious 2011 mayoral campaign after losing the 2010 race for Indiana state treasurer.

The New Jersey senator also lamented the lack of diversity in the Democratic field after Harris suspended her campaign on Tuesday. “There are more billionaires in the 2020 race than there are black people,” he said.

Booker’s broadside came the same day the pro-Booker super PAC, United We Win, launched an Iowa ad campaign promoting Booker as the better version of Buttigieg. “He’s a Rhodes Scholar, a successful mayor, a real leader to bring Democrats together,” the ad begins over images of Buttigieg, before transitioning to, “No, not that guy. It’s Cory Booker!”

The new ad is an update of an advertisement the super PAC released in November. The new ad concludes by saying, “There’s only one Rhodes Scholar mayor who really has what it takes to beat Donald Trump, and it isn’t this guy,” over a graphic of Buttigieg with big block letters reading, “NOT HIM.”

When asked about the previous version of the ad on CNN Friday, Booker denied any knowledge of it and declined to say whether he was targeting Buttigieg.

“I celebrate the people that are in the race, and my campaign is not about tearing anybody down,” he said.