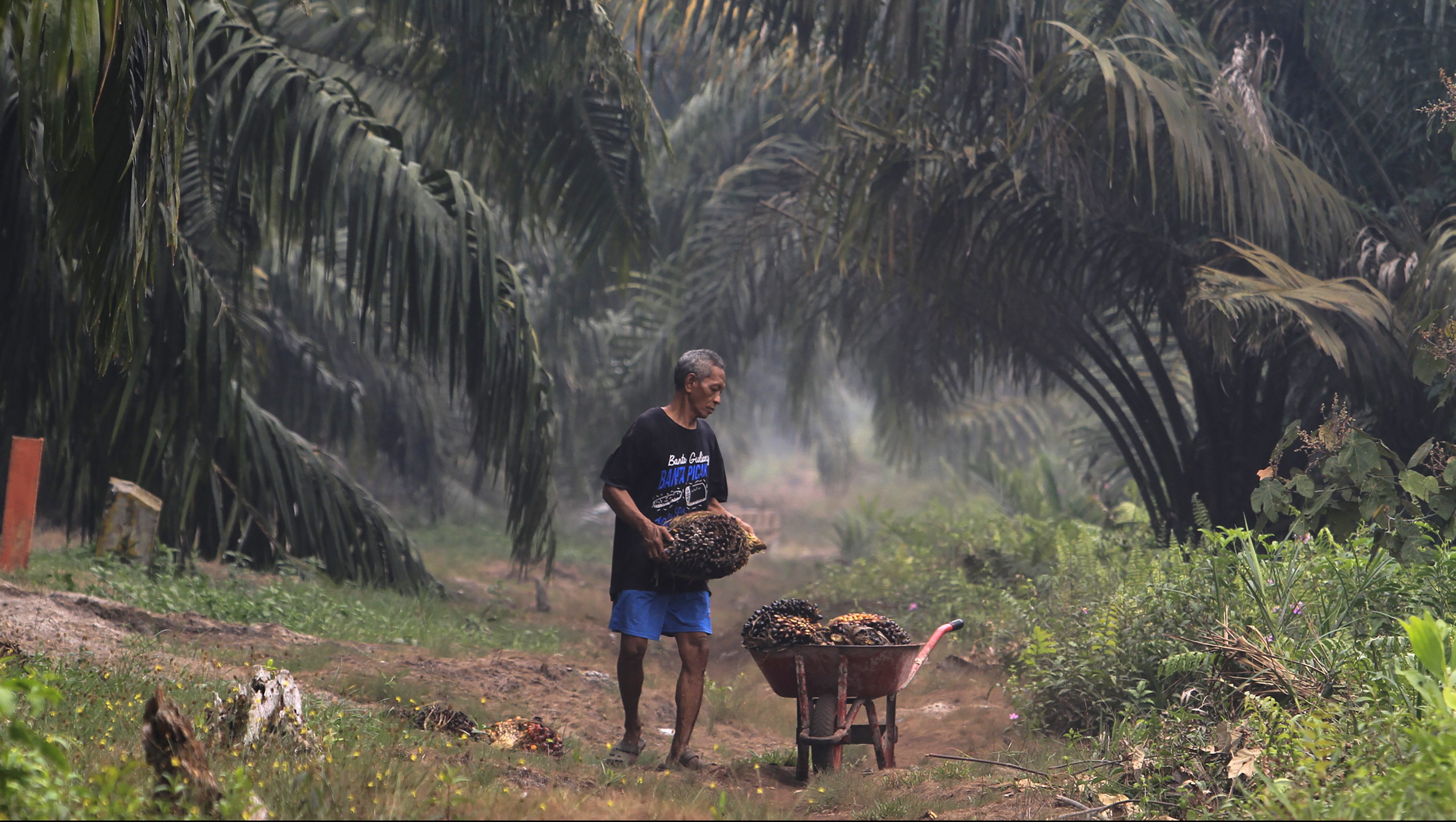 This week in Madrid, delegates from around the world are meeting to nail down the finer points of how to achieve their Paris Agreement commitments. The gloomy backdrop to the UN’s COP25 climate change conference is the fact, repeated in several reports, that current pledges to cut carbon emissions are not enough to curb worst-case-scenario warming.

But carbon markets, in which countries can buy carbon “credits” to offset some of their own emissions, are one way to make more ambitious climate pledges possible. The strategy is set to dominate discussion at the meetings.

In theory, carbon offsets are a win-win; countries can swap emissions and pay to meet their climate goals, and funding can flow to halt deforestation where it’s most needed. Everyone from industrialized nations to airlines sees it as a golden opportunity. And at the Madrid climate meeting, they could become a central part of the Paris Agreement, ensuring that billions of dollars flow towards carbon-offset schemes.

In practice, however, offsets are controversial. Recent examples suggest numerous pitfalls. It’s hard to ensure the permanence of trees, for example. What happens when a president like Brazil’s Jair Bolsonaro comes in, with policies that wipe out vast swaths of rainforest in a single season? Any carbon credits purchased there would go up in smoke.

That makes this year’s climate meeting a step in the wrong direction for experts who say countries should focus on weaning themselves off fossil fuels—not buying credits to meet emissions goals elsewhere.

There are two main ways carbon markets are set to play a role in the international race to curb emissions. One is that countries that beat their emissions-cutting targets sell credits to countries that fail to meet those goals. Critics worry this could tempt high-emitting countries to keep burning fossil fuels, knowing they can simply buy credits to ameliorate their climate sins—or, on the flip side, encourage setting shallow emissions goals that can easily be beaten, allowing countries to sell any carbon savings they make in excess.

The other strategy, more prominent among negotiations at the meeting this week, will be carbon credits that fund anti-deforestation and tree-planting projects in the countries and regions where they are most needed. Forests are massive reserves of carbon dioxide, and tropical forests store the most carbon. Carbon credits could allow a polluting country far from a tropical forest (say, Norway) to close the gap in their climate goals by paying to preserve forests in a place like the Amazon basin.

The stakes are huge: Changes in land use, including deforestation, currently account for around a quarter of global emissions. It would be unthinkable to tackle climate change without addressing the issue. Emissions don’t respect political boundaries, and the concept of carbon credits is a formalized system to acknowledge that.

Right now, carbon offset initiatives—primarily a program called REDD, or Reducing Emissions From Deforestation and Forest Degradation—are the main way the international community intends to address the problem. REDD has existed since 2007, though no climate deal ever emerged to create enough organic demand for its carbon credits. It remains in the “readiness” stage, with the UN and the World Bank running pilot programs. Here and there, they pay communities to preserve patches of forest that might otherwise be cut down, or for small-scale tree-planting projects.

Proponents of REDD see this year’s climate meeting as their victory moment at long last: Now countries really do need to get serious about fulfilling their Paris Agreement commitments. If carbon credits become an official means of doing that, it could drive billions of dollars into the program. Before that happens, it’s worth considering whether they work as advertised.

When someone pays for a carbon credit, that money often gets funneled to a specific tree-planting project. But it’s very hard to make sure newly planted trees aren’t harvested later. While long-lived trees in diverse, native ecosystems have the potential to store tremendous reserves of carbon, trees planted for offsets are often temporary. In the case of some carbon offsets, even eucalyptus or palm oil plantations can be counted as “reforestation,” despite the fact that they are planted only to be cut down in about 10 years (eucalyptus) or have measurably devastating impacts on the environment (oil palms).

In the southern Mexican state of Chiapas, Tracey Osborne saw this firsthand. Osborne is an associate professor and researcher at the University of Arizona who specializes in forests and climate change mitigation. She saw REDD programs work well when it came to projects involving small-scale coffee farmers in the Chiapas highlands; there, farmers grow shade-grown coffee, and REDD paid them to maintain the tree cover they already had in place.

But in the Chiapan lowlands, REDD programs backfired. Indigenous subsistence farmers there typically farmed a field for five to seven years, then let it lay fallow for two decades, moving on to other land. That type of agricultural practice sequesters a lot of carbon: By farming fields for fewer years than they lay fallow, the soil builds back its stores. But the REDD programs required the farmers to not touch the land at all, says Osborne. “In order to get payments they had to completely stop,” she says, which disturbed a sustainable way of life.

Instead, Osborne says, “they were encouraged to plant timber trees,” mostly mahogany and cedar, as a form of reforestation approved by the carbon credit program. But after a while, the trees were hit by a moth larvae, which stunted their growth. “The farmers were clearly not going to make money,” says Osborne. “The sad thing is that they spent so much time and energy on this, when their traditional land use practices actually sequestered and stored a significant amount of carbon.” The carbon credit program had not only failed to store more carbon, but it made indigenous people’s lives worse.

The story of the moth larvae is an example of a major problem with tree-planting carbon credits: It’s really hard to make sure trees will still be standing in, say, a century, or long enough to meaningfully draw down the globe’s emissions.

Political changes, like the 2018 election of Brazilian president Jair Bolsonaro, can also dash the best-laid plans of a carbon offset program. Prior to Bolsonaro’s presidency, Brazil was making strides in figuring out how to halt deforestation, pioneering some of the earliest REDD pilot programs. The anti-deforestation program appeared to succeed in reducing tree loss, which led the country to receive some of the first REDD payouts this year: a total of $96 million for emissions reduced over the 2014-2015 season.

But, ironically, 2019 was a year of massive destruction for the Brazilian Amazon, driven by impunity for ranchers and loggers under the Bolsonaro presidency, who set fires in the rainforest during the dry season. The basis for awarding Brazil that payout was highly controversial, as forest news service Mongabay points out, due to the difficulty of calculating emissions savings from forest preservation in the first place. Regardless, it seems clear that the losses from this fire season make any earlier savings nearly irrelevant.

“It’s like rewarding someone for having quit smoking for a few months, even though they are still smoking today,” Thomas Fatheuer, a social scientist with Heinrich Böll Stiftung, a German political foundation focused on green policy, told Mongabay.

Then there’s the matter of what happens to the communities paid to prevent deforestation in their home regions in the first place. “If there’s a forest fire, who pays for it?” says Tamra Gilbertson, a climate change and forest policy advisor for the Indigenous Environmental Network, and a PhD candidate at the University of Tennessee. “We’ve seen really bad deals where the community becomes responsible for the forest fires.” Payouts to communities under carbon credit schemes could be cancelled or reduced because the forest that burned was not, in fact, conserved.

What’s more, when it comes to measurably reducing emissions, REDD tends to fall short, says Osborne. In Chiapas, carbon credits couldn’t make a dent in deforestation driven by large-scale operations like clearcutting land for ranches. “We’ve actually seen an increase in palm oil production in places like Chiapas” since REDD came in, says Osborne. Carbon credits are often too cheap to compete financially with the main drivers of deforestation, like cattle ranching, mining, or timber. “The cost of carbon is so low that no producer would even consider shifting away from that,” says Osborne.

Preventing double-counting of credits is also tricky. If, say, Germany bought five units of carbon credits for tree-planting in Brazil, both Germany and Brazil would be able to count those saved emissions in their carbon budgets. Of course, the atmosphere doesn’t count emissions that way.

During the previous round of climate talks, draft rules for carbon markets would have prohibited double-counting credits. The delegation from Brazil objected to this. As home to a large part of the Amazon rainforest, Brazil will likely play host to much of the world’s carbon offsets. Being able to count projects funded by others towards its own climate target would be advantageous. The issue was put off to this year’s summit.

Plus, there’s the conundrum of what carbon offset industry experts call “leakage.” Or, as Osborne puts it, “If you prevent deforestation in one town, who’s to say that it doesn’t then happen in the next town over?”

Critics say that REDD is not ready for primetime, and should not be a mechanism for countries to comply with their Paris Agreement goals, as it is set to become at the Madrid climate talks this week. “This is not something that I would introduce on a large scale into any type of compliance system,” Osborne says.

Voluntary carbon markets might be okay, if they’re done carefully, she says—but making them a fundamental part of the Paris Agreement? That runs the risk of creating more problems than it solves. “Overall, the price of carbon has to be high enough to address large scale soy, palm oil, cattle and timber. If that doesn’t change, it would only change smallholders’ land practices. There’s an equity issue there.”

That doesn’t mean it’s all bad. Guyana, for example, received REDD payments from Norway for years. The South American country was already among the small group of highly forested nations that have a low deforestation rate. The government of Norway agreed to pay Guyana $250 million if it kept it that way for five years. It seemed to actually work—deforestation rates in Guyana dipped below their 2010 levels.

But then came the pitfalls: After Norway’s payments stopped in 2015, tree loss cover more than doubled, according to satellite data. (Guyana’s national forest service, however, disputed that data.) The story could be a cautionary tale for the carbon credit community.

Advocates like Gilberston see carbon markets as an excuse for countries to keep burning fossil fuels. “It’s a massive distraction from the simple fact that we have to keep fossil fuels in the ground,” Gilbertson says. “We have solutions, and this is not it.” For now, the international community waits to hear the results of the Madrid meeting, which could determine the role of carbon markets for years to come.