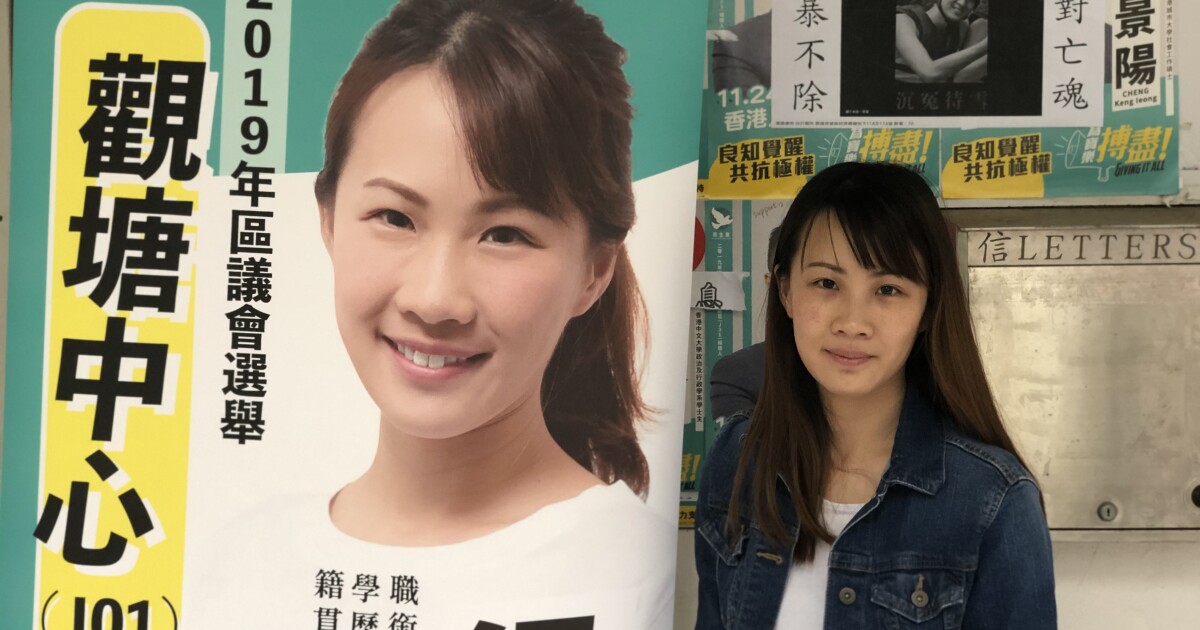 Hong Kong’s district council elections usually inspire a collective yawn. The largely consultative body has no lawmaking powers and is better known for making minor neighborhood improvements or doling out mooncakes during the Mid-Autumn Festival.

But after nearly six months of anti-government protests, the election Sunday has taken on an outsize meaning to gauge the pulse of Hong Kong.

“This is going to be a referendum on whether you support an autocratic government or you want to safeguard our way of life in Hong Kong,” said Edith Leung, a candidate for the opposition Democratic Party. “This is no longer a vote about local relationships. It will be about support for the protest movement.”

Speculation now abounds that the balloting will be postponed or canceled to avert an election day drubbing for pro-establishment and pro-Beijing candidates given the outpouring of discontent over Hong Kong’s government and police.

“There’s a lot of suspicion they were trying to find a pretext to be able to cancel these elections,” said Antony Dapiran, a Hong Kong-based lawyer and author of “City of Protest: A Recent History of Dissent in Hong Kong.”

Chaos could serve Beijing’s interests, Dapiran said, because it could fuel propaganda at home that democracy doesn’t work.

As proof, critics question the manner in which police laid siege to Hong Kong Polytechnic University this week, where dozens of demonstrators continue to hold out. Protesters, including many teenagers, hurled gasoline bombs and shot arrows. Police threatened to use live ammunition. Hundreds were arrested, including daring protesters who tried to escape by rappelling off a footbridge under barrage from police firing nonlethal projectiles.

The tense standoff provoked even more violent protests outside the campus that left streets in one of the city’s biggest commercial districts, Tsim Sha Tsui, covered in debris. Dozens of demonstrators were reportedly injured in a stampede when trying to escape speeding police vehicles.

A police spokesman denied that the vehicles were driven recklessly and defended police tactics as necessary to combat “extremely violent rioters.”

Critics of the protesters have been subjected to beatings by mobs of anti-government demonstrators on occasion. A man was set on fire with flammable liquid this month after getting into an argument with a supporter of the protest movement. And a 70-year-old bystander was killed last week after being hit on the head by a brick believed to have been thrown by a protester.

The unrest over the weekend prompted Hong Kong’s secretary for constitutional and mainland affairs, Patrick Nip, to signal the election could be called off if demonstrators continued to obstruct traffic or disrupt mass transit.

“The situation in the past weekend has obviously reduced the chance of holding the election as scheduled, and I am very worried and anxious about this,” Nip said Monday.

The intrigue over the election marks one more way Hong Kong has devolved into a semi-functioning territory with a crisis that appears more intractable with each passing day.

The Hong Kong government led by an unprecedentedly unpopular chief executive, Carrie Lam, has offered no political solutions, opting instead to rely on a police force to suppress protests through a cycle of escalating violence that shows no signs of working.

“Using more and more force is making more and more people angry,” said a third-year university student and protester who has spent months on the front lines and spoke on condition of anonymity to avoid arrest. “The government is not trying to solve the problem and they can’t arrest us all.”

“The movement is going to go underground,” he added. “People are saying we need to be like [the Irish Republican Army] in Northern Ireland.”

Such extreme views would have been unthinkable earlier this year when discontent was focused on a proposed bill that would have allowed extraditions to China. But authorities in both Hong Kong and China underestimated how much the bill inflamed anger about Hong Kong’s diminishing autonomy, leading to a series of government missteps and missed opportunities that have radicalized some in the protest movement, experts say.

Hong Kong’s leadership has been largely absent. It took two days for Lam to address the siege of Polytechnic University, pleading in a news conference for protesters to give up peacefully. Matthew Cheung, Hong Kong’s second most senior official, even went so far as to profess no knowledge as to why people were so angry.

“We’re reaching a point here where we’ve had a city without a functioning government for six months and you’ve got to wonder how long that can go on for,” Dapiran said.

Rather than calm tensions, China, the ultimate authority on Hong Kong’s future, has doubled down on its support for Lam and Hong Kong’s police force.

On Tuesday, China’s rubber-stamp parliament raised fears it might overrule a Hong Kong court decision striking down the city’s mask ban (protesters wear masks to conceal their identities from authorities) by issuing a statement criticizing the ruling.

Hong Kong is governed under a special “one country, two systems” arrangement with China that is supposed to ensure the semiautonomous territory of 7.4 million has a free press and independent courts. Without it, multinational companies would have to reconsider the former British colony’s special advantages as a gateway to mainland China.

Adding to the pressure on China was the passage Tuesday in the U.S. Senate of legislation aimed at protecting human rights in Hong Kong, a rare bipartisan victory. If signed into law, it would empower the secretary of State to evaluate Hong Kong’s autonomy in order to maintain its special trading relationship with the U.S.

“I don’t think what’s happening is helping President Xi’s credibility,” said Ma Ngok, a political scientist at the Chinese University of Hong Kong. “The government hasn’t been able to solve the problem for months and it’s hurting China’s and Hong Kong’s interests and international reputation. It’s a game they’ve been losing and losing badly.”

Canceling or postponing the district elections would be another major mistake, Ma said, and potentially illegal.

Hong Kongers need a steam valve, and unlike protesting of late, elections are a peaceful mode of expression, he said.

Beyond just symbolism, the district council races could have consequences for Hong Kong’s higher legislative body and the selection of its next chief executive (albeit from a pool of candidates approved by Beijing).

That’s why the pro-democracy camp is fielding a record number of candidates this year, challenging an establishment that is used to running unopposed. If the opposition sweeps Sunday, it can change the composition of the 1,200-member election committee that selects Hong Kong’s next leader in its favor.

“It will give us more bargaining power than in the past,” said Leung, the Democratic Party candidate.

Running in the working-class neighborhood of Kwun Tong, Leung is confident the groundswell of anger toward Lam and the Hong Kong police will lead her to victory. She sees it in the young people who knock on her office door in a government housing estate asking her if they can volunteer for her campaign.

On Tuesday, a potential constituent stopped by to ask how she was feeling. A week earlier, Leung was hit five times on the head by police with batons for not dispersing fast enough at a nearby mall used as a protest site. The injury was bad enough, but the subsequent pepper spray into the gash left her in agony for days.

The experience was not unique. She has friends who have suffered worse, including one who lost an eye to a police projectile. The use of force is unjustified, she said, and unless Hong Kong’s government agrees to an independent investigation of police conduct, reconciliation and peace will elude the city.

“People are fighting for justice,” said Leung, 29. “My friends were beaten. You can’t just lose an eye for nothing.”