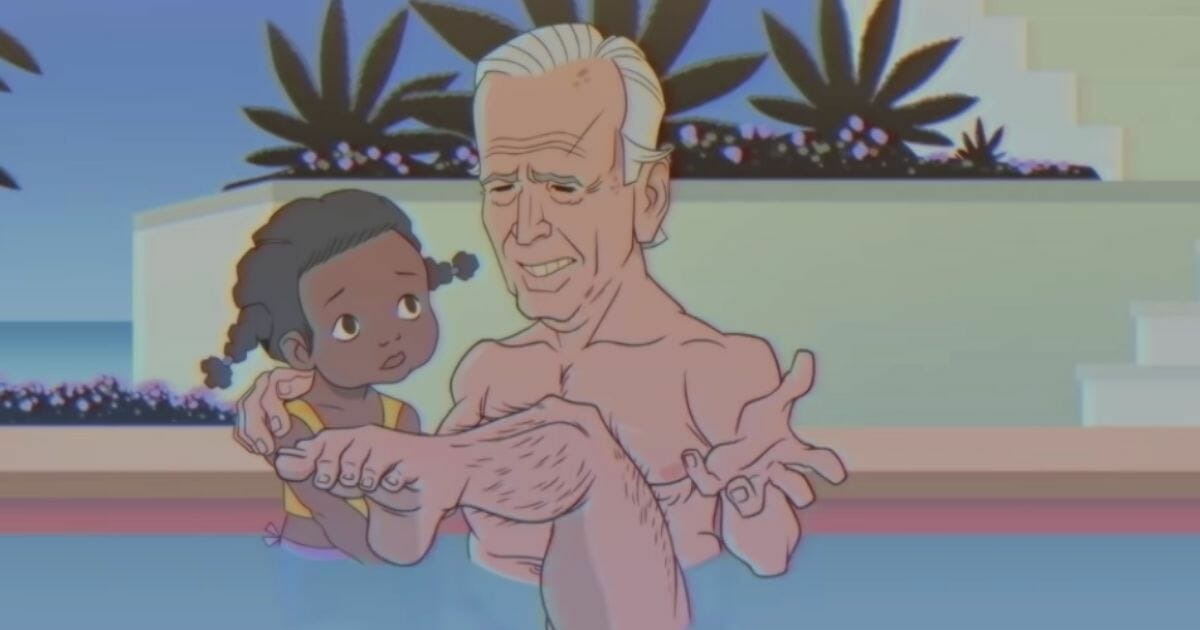 The former vice president’s cringe-worthy past of making gaffes at the most inopportune moments has given conservatives plenty of ammunition during his 2020 presidential run.

The latest grenade to hit his campaign has come in the form of a cartoon making fun of downright bizarre remarks he made in 2017 about how kids would rub lotion on his “hairy legs” when he served as a lifeguard at a pool in Wilmington, Delaware, in 1962.

The video, which has garnered over 100,000 views, was released Monday on YouTube by an online animator named Sven Stoffels.

Video of Biden’s creepy remarks was sent out on social media on Sunday by Trump campaign communications director Tim Murtaugh.

This can’t be real life…

In the video, Biden, who was visiting the pool in 2017 because it was being renamed in his honor, is seen rambling about how he had “hairy legs that turn blonde in the sun” and how “kids used to come up and reach in the pool and rub my leg down so it was straight and then watch the hair come back up again.”

At the end of the clip, Biden says, “I’ve loved kids jumping on my lap.”

Biden’s bizarre video was shared not only by presidential adviser Kellyanne Conway but also by Donald Trump Jr.

In his own words folks… I give you Creepy Joe.

This is the Democrat’s front runner🤣 pic.twitter.com/ZvfjUpkQ8A

Even liberal commentator Dave Rubin posted the video, saying, “I love you, Internet.”

In the same speech, Biden claimed he fought off a razor-blade-wielding gangster who went by the name “CornPop” while he was working at the pool. Those remarks made headlines in September 2019.

RELATED: Biden Attempts a Meet-and-Greet, Farmer Reportedly Has No Clue Who He Is

That yet another creepy Biden comment has gone viral is not a good look for a man running a no-nonsense, “No Malarkey” bus tour in Iowa right now.

Do you think Biden will win the Democratic nomination?

During debates and on the stump, Biden is acting every bit his age. Rambling during his answers, sharing odd anecdotes and forgetting basic facts are not going to calm people’s fears that the 77-year-old is mentally present enough to be commander in chief.

Moreover, news that Biden enjoyed children “jumping on his lap” makes him look even more like a weirdo considering that earlier this year the internet was abuzz with videos showing him rubbing the backs and chests of children and grandchildren of senators he was swearing in.

President Donald Trump had it right all along. Joe Biden is a creep.