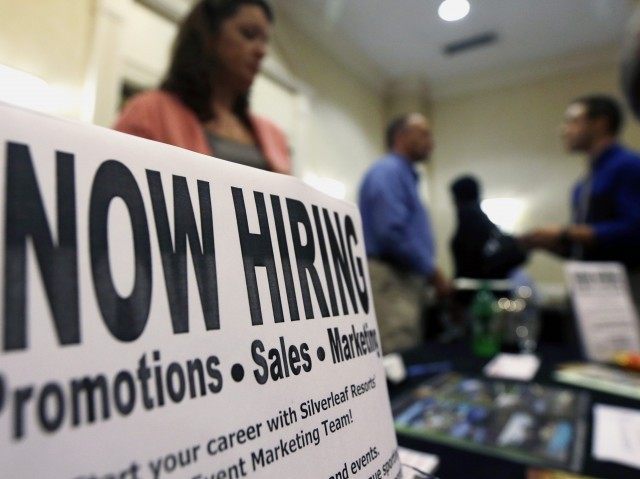 A survey finds one in five left-leaning bosses “will not hire” job candidates who are supporters of President Donald Trump.

Results of the survey, conducted by Airtasker, were obtained by Paul Bedard at the Washington Examiner and were based on a survey of 204 people whose job description includes hiring and 805 employees.

“Workplace discrimination is a real and pressing issue, and candidates get their applications sidelined or overlooked due to these factors all the time,” Airtasker observed, according to the Examiner. “And even when they do make it past the hiring filter, employees can also be the victims of prejudice and biased behavior when interacting with their bosses and colleagues.”

Asked if they would hire a job candidate who expresses views that are supportive of the president, 20 percent of left-leaning bosses responded, “No,” while 24 percent responded, “Yes,” and 56 percent said, “It doesn’t matter who they support.”

Among right-leaning bosses, 9 percent said they would not hire a candidate who expressed views supportive of Trump, while 57 percent responded, “Yes,” and 35 percent said the candidate’s views on Trump did not matter:

According to the survey results, significant consequences may exist in the workplace for employees who speak positively about Trump.

Regarding immigration and politics in general, 38 percent and 32 percent of bosses, respectively, said it is important to know the candidate’s positions on these issues.