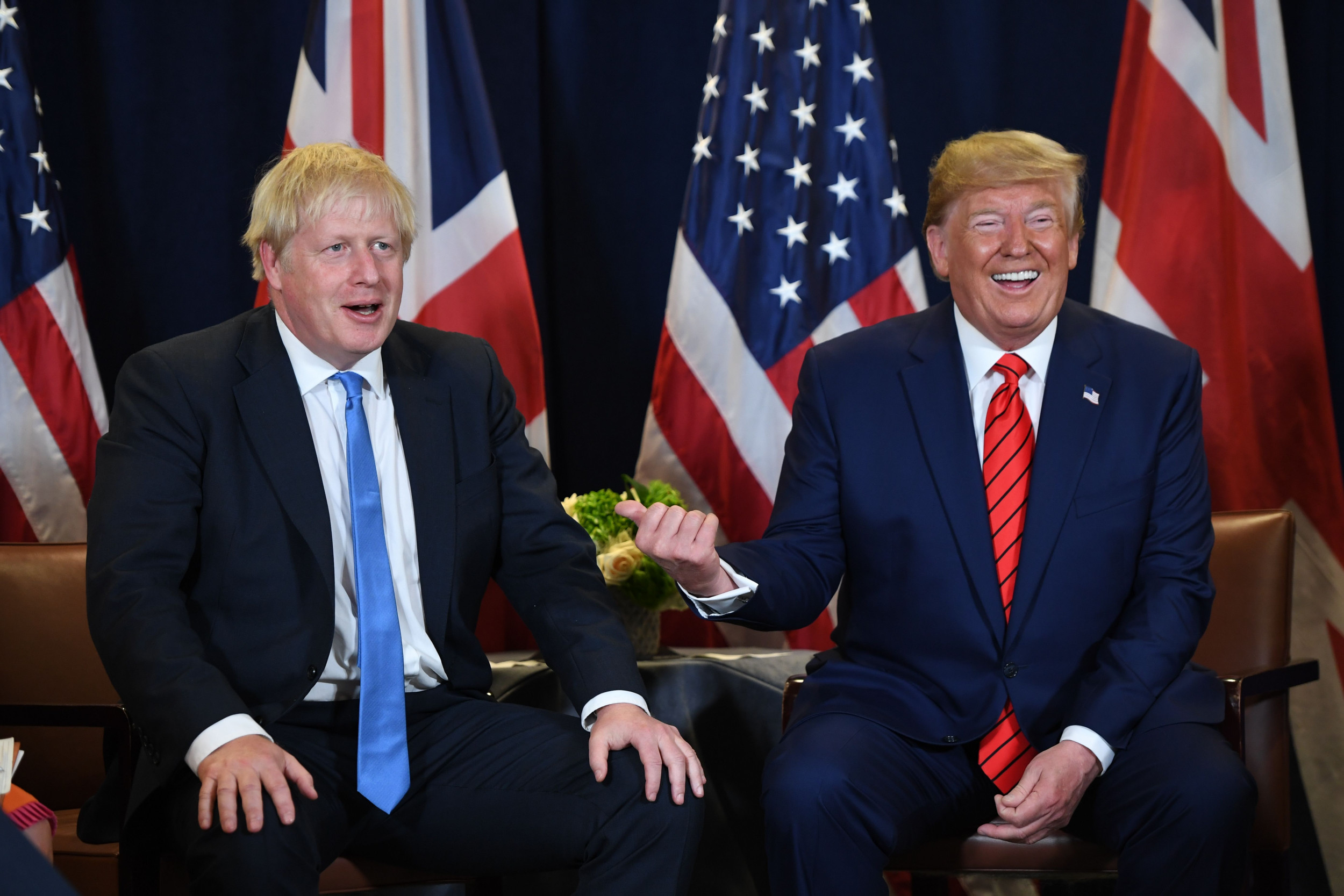 Mired in a general election campaign and reeling from a terrorist attack, the U.K. is now bracing to receive dozens of NATO leaders this week, among them President Donald Trump.

The divisive leader whips up a media and diplomatic storm wherever he goes. His confrontational and direct style rarely fails to grab the headlines, and this week will likely be no different.

Protesters are gearing up to provide another rude reception for the president, as they did during his two previous visits. Trump will join other NATO leaders for a royal reception at Buckingham Palace on Tuesday, but less than a mile down the road in Trafalgar Square hundreds of protesters are expected to gather and condemn the president’s presence in the U.K.

Continued opposition to Trump among Brits has been energized by the country’s looming general election. If current Prime Minister and Conservative Party leader Boris Johnson wins this month’s vote, he has vowed to pursue Brexit and take the U.K. out of the European Union as soon as possible.

If he succeeds, London will likely pivot towards a closer relationship with the U.S. to replace severed political and economic ties with its continental neighbors. Some fear this will produce a wide-ranging trade deal imposing U.S.-style deregulation on the U.K. and suppressing climate change action and more socially progressive ideals.

A particular fear is that U.S. companies will gain access to Britain’s treasured National Health Service. Indeed, the name of the Facebook event for Tuesday’s protest is: “Tell Trump: hands off our NHS!”

Last week, the opposition Labour Party’s left-wing leader Jeremy Corbyn made headlines when he revealed details of secret negotiations between British and American officials. Corbyn said the documents showed the U.S. side pushing for lower regulatory standards and free access to the British economy and the NHS.

Nick Dearden is one of the organizers of Tuesday’s planned action and the director of the Global Justice Now organization. He has been involved in organizing the previous demonstrations marking Trump’s U.K. visits.

He told Newsweek that Trump is “a big figure” in the ongoing election campaign, and the leaked documents allude to “how much power U.S. negotiators have over British negotiators to shape the future of our economy and foreign policy.”

“So many people are interested in it, worried about it, angry about it,” he explained.

“And Donald Trump represents absolutely the opposite of all of those things, he’s anathema to many many people in the country.”

For Dearden, Trump is a “symbol” of “a global movement towards a further-right vision of what society should be.” As such, Dearden said the president will be a continued focus for activists like himself.

The U.K. remains in the midst of a national nervous breakdown, its traditional political landscape plowed up by Brexit. More than three years of negotiations and politicking have failed to produce a feasible plan to decouple from the EU, leaving “the mother of all parliaments” immobilized and forcing the first December general election for almost 100 years.

A complicated election could be made even more so by Trump’s third visit to the U.K. Not one for treading gently, the president has previously inflamed Britain’s political debate by urging the U.K. to take a tough line with European negotiators despite the logistical, financial and diplomatic chaos that could arise from a so-called “no-deal Brexit” scenario.

Trump has also publicly lauded Johnson and maligned Corbyn, making no secret of who he would prefer to sit in 10 Downing Street come Christmas.

But rather than offering a diplomatic boost, Trump’s unpopularity in the U.K. means any presidential intervention could boomerang on the Conservatives.

Indeed, Johnson’s team is reportedly busy distancing the prime minister from the president even before Trump touches down for this week’s meetings. The White House did not immediately respond to Newsweek‘s request for comment on the supposed damage limitation exercise.

Dearden admitted that turnout will be down compared to previous anti-Trump protests. But rather than outrage fatigue or shifting political consensus, he argued that Britain’s general election campaign will be to blame.

“People are putting their energy into canvassing and trying to feed this into getting a government that is less aligned with Donald Trump’s politics,” he suggested.

The president’s supporters have previously condemned anti-Trump protests, urging his critics to look past the man and instead respect the office and the “special relationship” between the U.K. and the U.S.

But Dearden dismissed the argument. “I don’t think Trump respects his own office, that’s the problem,” he said. “The essence of democracy is our right to criticize, our right to protest and our right to propose something different. If ever we needed to do that, now is the time.”