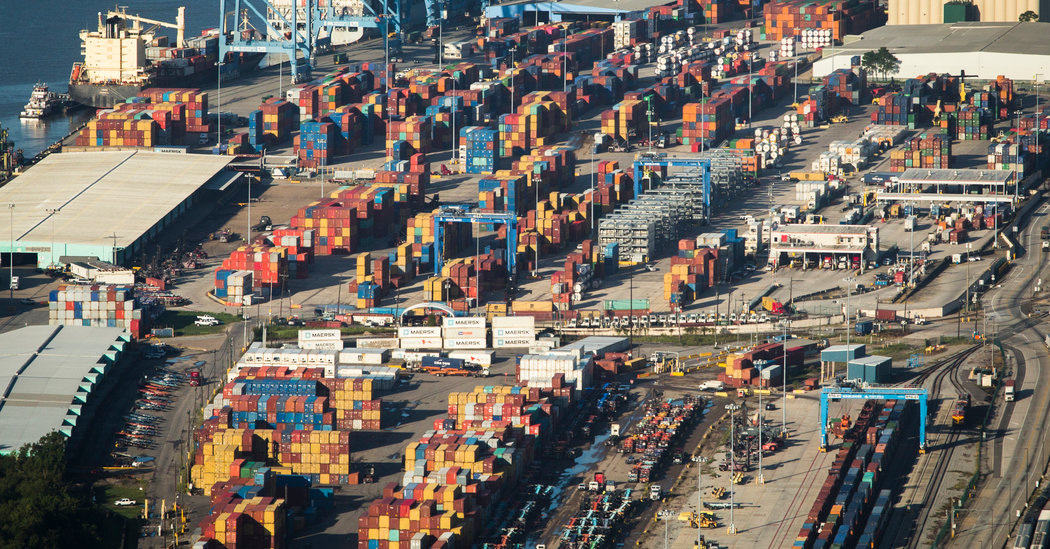 LONDON — President Trump signaled on Tuesday that he was in no rush to end a long trade war with China, suggesting that he could wait until after the 2020 presidential election to strike a deal.

“I have no deadline,” Mr. Trump told reporters during a wide-ranging 52-minute appearance in London with Jens Stoltenberg, the NATO secretary general. “In some ways I like the idea of waiting until after the election for the China deal.”

He added: “But they want to make a deal now, and we’ll see whether or not the deal’s going to be right, it’s got to be right.”

Mr. Trump’s comments, which rattled European stock markets, cast more uncertainty on an agreement he said he had made weeks ago with China’s top trade envoy, Vice Premier Liu He. They announced in mid-October that they had reached a so-called Phase 1 trade agreement that would allow Chinese purchases of American agricultural goods to resume while the United States would cancel additional tariffs scheduled for Oct. 15.

While Mr. Trump said Tuesday that he had no deadline, he has threatened to impose another round of tariffs on more than $100 billion worth of Chinese goods on Dec. 15.

Administration officials had previously suggested that those tariffs could be canceled if the two sides concluded a trade deal. But sticking points remain — including whether Mr. Trump will remove any of the tariffs already placed on $360 billion worth of products. If he proceeds with that December round, the United States would essentially be taxing every shoe, television and laptop that China sends into the United States and risking more retaliation.

Completion of the Phase 1 deal has remained elusive, and the two sides have continued to grapple over terms. The Trump administration insists that China must offer more concessions to protect intellectual property and open its markets to American companies.

The original plan called for an agreement to be signed in mid-November by Mr. Trump and Xi Jinping, China’s top leader, on the sidelines of the Asia-Pacific Economic Cooperation summit meeting in Santiago, Chile. But that meeting was canceled because of street protests over a subway fare increase in Santiago, and momentum on the trade talks appears to have slowed somewhat since then.

American and Chinese officials have remained fairly optimistic that a deal will be struck before the new tariffs take effect Dec. 15, but say the final decision will fall to Mr. Trump and Mr. Xi.

Chinese officials have increasingly tried to look past President Trump’s day-to-day remarks about the negotiations and have focused on trying to obtain the best deal they can from Robert E. Lighthizer, the United States trade representative, and Treasury Secretary Steven Mnuchin. But the president’s remarks continue to receive attention on Chinese social media and are followed closely in financial markets around the world.

Even as Mr. Trump seeks an economic deal with the Chinese, his cautious and sometimes seemingly reluctant support for pro-democracy protests in Hong Kong in recent days has added to diplomatic tensions.

He signed legislation last Wednesday that called for the United States to scrutinize the actions of officials in Beijing and Hong Kong more closely for possible human rights violations and to assess whether Hong Kong should keep its preferential treatment on trade and export control issues. He did so after the legislation passed both houses of Congress with veto-proof margins.

In a mostly symbolic retaliation, a spokeswoman for the Chinese Foreign Ministry said on Monday that China would suspend visits to Hong Kong by American warships and impose sanctions on several United States-based nongovernmental groups, citing “unreasonable behavior.”

Still, Mr. Trump said on Tuesday that he held the upper hand in trade negotiations.