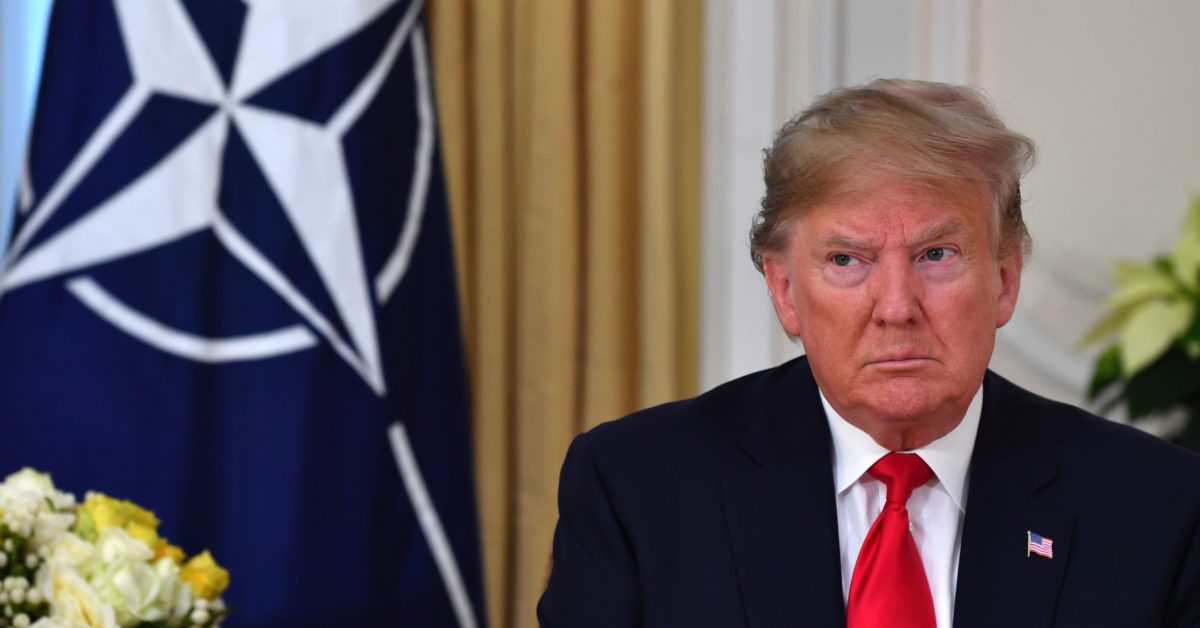 Speaking alongside NATO Secretary-General Jens Stoltenberg ahead of a meeting of alliance leaders in London, Trump took issue with Macron’s recent description of NATO as experiencing “brain death.”

“I think that’s very insulting to a lot of different forces,” Trump told reporters, adding that the remarks were also insulting to Stoltenberg, whom he praised as “a man that does a very good job in running NATO.”

“It’s a tough statement when you make a statement like that. It’s a very, very nasty statement to essentially 28 countries,” Trump said, before launching into a broader attack on Macron and France.

“France is not doing well economically at all. They’re starting to tax other people’s products,” Trump added. “It’s a very tough statement to make when you have such difficulty in France. You look at what’s happening with the Yellow Vests [protest movement].”

“They’ve had a very rough year and you just can’t go around making statements like that about NATO. It’s very disrespectful,” Trump said.

Trump’s comments highlight the difficult relationship between the two leaders, which has veered between bromance and bitter feuding. They also underscore broader tension within NATO over the French president’s comments.

Trump and Macron are slated to meet later in the day on Tuesday, ahead of the formal start of the summit with a reception at Buckingham Palace.

Macron’s earlier criticism of NATO was part of what he deemed a wake-up call to NATO to focus more on terrorism and not harp on individual countries’ defense spending — a pet peeve of Trump’s dating back to his presidential campaign.

Trump’s arrival in London comes as he faces a tough political landscape at home in the U.S. Although he has maintained the support of fellow Republican lawmakers during this third year of his presidency, he faces the twin challenges of an impeachment inquiry and his 2020 reelection campaign. Part of the White House’s strategy heading into the NATO gathering has been to present Trump as a serious and measured world leader, who can continue to govern and work with others even amid the scandals at home.

Yet Trump likes to play the disrupter-in-chief on the world stage, as evidenced by the nearly 45-minute question and answer session he had with reporters on Tuesday. In addition to bashing Macron, Trump also spoke about the fate of a China trade deal, his relationship with the North Korea’s leader, and NATO’s relationship with Russia.