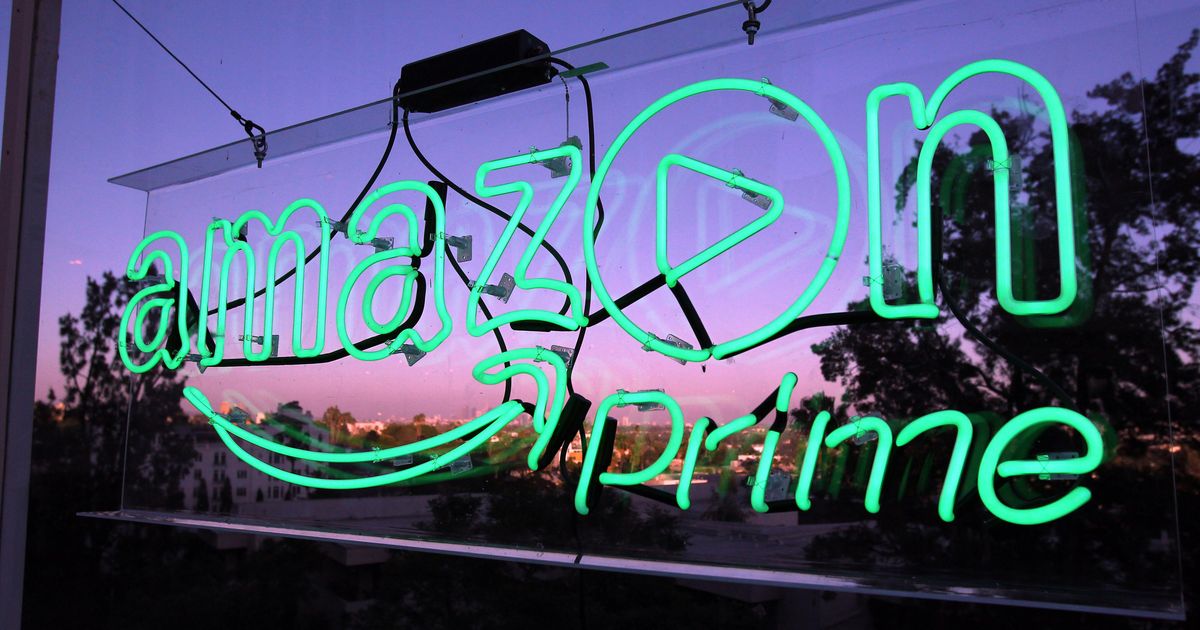 When it comes to watching your favorite festive movies this holiday season, we’ve got bad news, good news, and even better news.

The bad news first: As with many of your other favorite movie genres, titles are split between many streaming services. But wait for the good news! Amazon Prime Video houses most holiday classics, many of which are available to rent for a low price. The even better news is that Amazon Prime has a handful of holiday movies included in its Prime membership, meaning Prime members can watch them at no extra cost.

We’ve rounded up all the hidden gems included in your Prime membership, from the Christmas classics that never go stale to some more modern hits that poke fun at the holidays.

In this holiday fantasy clasic set in the fictional town of Bedford Falls, a businessman named George Bailey (James Stewart) loses an immense sum of money through an accidental mishap. Down on his luck and thinking that his life insurance policy would be more valuable to his family than his own life, George contemplates suicide.

In order to save George’s life, his guardian angel Clarence (Henry Travers) shows George what the world would have been like if George had never been born. After realizing that he has positively impacted more lives than he previously considered, George is grateful for the life he has. With a 94% rating on Rotten Tomatoes, It’s a Wonderful Life is a feel-good watch that has triumphantly stood the test of time.

This adaptation of Charles Dickens’ 1843 novella of the same name aired on Dec. 23, 1954, as the Christmas episode of the anthology series Shower of Stars. The fantastical ghost story follows Ebenezer Scrooge (Fredric March), a cranky old loan shark who lives in London and hates Christmas. On Christmas Eve, Scrooge is visited by his late business partner, Jacob Marley (Basil Rathbone), who warns Scrooge that he is wasting his life being so consumed by money.

Marley then sends a series of ghosts to visit Scrooge on the night of Christmas Eve in order to remind him of the meaning of Christmas and that there is still time for him to change his ways. Shower of Stars‘s take on A Christmas Carol is inventive: The roles of Ghost of Christmas Present and Ghost of Christmas Past were double-cast and feature actors who appear as other notable figures in Scrooge’s life.

Starring Drew Barrymore and Keanu Reeves, Babes in Toyland is an adventure/fantasy flick that tells the story of Lisa Piper (Barrymore), an 11-year-old girl from Cincinnati who doesn’t like toys — but is magically transported to Santa’s Toyland during a blizzard on Christmas Eve.

Once she arrives, Lisa is tasked with saving Toyland from the evil Barnaby Barnicle (Richard Mulligan), who has set his army of trolls loose on Toyland and is trying to marry Mary (Jill Schoelen), who really loves his nephew, Jack (Reeves). Lisa, Jack, and Mary turn to the Toymaster (Pat Morita) for help in their mission; he agrees to help the crew if Lisa will believe in the power of toys. Fantastical events ensue.

Aptly titled, this family Christmas movie is an adaptation of the Norman Rockwell painting titled “Grandpa and Me: Ice Skating.”

James Callahan stars as Samuel Cavanaugh, a dissatisfied older gentleman who longs for happier times in his past. Michael Grant (Sky Rumph) is a young boy whose father is missing in action while fighting overseas in Korea. Both Michael and Samuel visit the same frozen pond in search of a brief respite from their respective sorrows, and end up connecting in heartwarming ways.

Home for the Holidays is a holiday comedy directed by Jodie Foster that follows newly unemployed Claudia Larson (Holly Hunter), who decides to spend Thanksgiving in her hometown. Once she arrives, she’s faced with the mishaps of her eccentric parents (Anne Bancroft and Charles Durning) and her wily brother, Tommy (Robert Downey Jr.). The movie also stars Claire Danes and Dylan McDermott.

In this holiday romance, Julie Andrews plays Catherine, a pediatric cardiologist. On a snowy night, she sees that Robert (James Garner), a man visiting his wife at the hospice where Catherine works, is unable to get a taxi home. Catherine offers to give Robert a ride, and eventually her car gets stuck in the snow. The two find an abandoned cabin and spend the night there, where they realize their feelings for one another.

One Special Night is the third in a series of three movies Andrews and Garner have starred in together. In 1964, the pair starred in the comedy The Americanizaion of Emily, and Andrews played the Victoria Grant to Garner’s King Marchand in Victor Victoria (1982).

This raunchy, dark comedy stars Billy Bob Thornton as Willie, a con man who scams shopping centers as a mall Santa Claus with his partner in crime, Marcus (Tony Cox). During one of his routine gigs as Santa, Willie bonds with a kid named Thurman (Brett Kelly). Willie teaches Thurman how to stand up to his bullies, a group of skateboarders, and Willie’s connection with Thurman leads Willie to change his mind about committing suicide.

Bad Santa also stars Lauren Graham, Bernie Mac, and John Ritter, and features Cloris Leachman and Octavia Spencer. Unlike many of the other films on this list, Bad Santa is rated R and might not be appropriate for family movie nights during the holiday season.

In this Christmastime sequel to Daddy’s Home (2015), Will Ferrell reprises his role as Brad, the step-father of Dusty’s (Mark Wahlberg) children. Now that they’ve figured out how to co-parent Dylan (Owen Vaccaro), Megan (Scarlett Estevez), and Adrianna (Didi Costine), Brad and Dusty are faced with their own fathers visiting for the holidays. John Lithgow is Brad’s father, Don Whitaker, and Mel Gibson is Kurt Mayron, Dusty’s father.

Daddy’s Home 2 is rated PG-13, so parents might want to screen the film before deciding to watch with kids.

If you want to talk to someone or are experiencing suicidal thoughts, text the Crisis Text Line at 741-741 or call the National Suicide Prevention Lifeline at 1-800-273-8255. For international resources, this list is a good place to start.