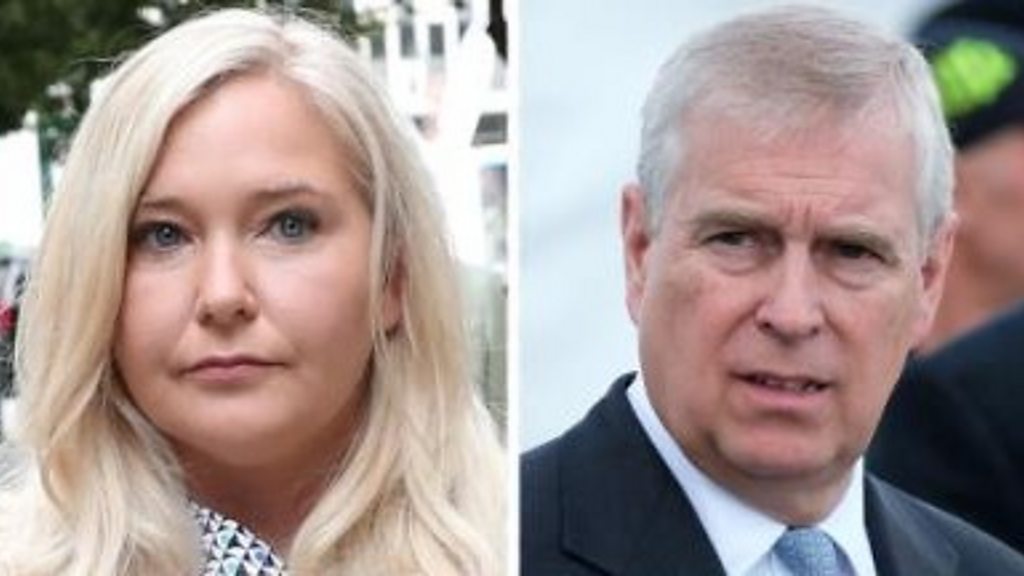 Five women who accuse Jeffrey Epstein of abusing them say Prince Andrew witnessed how people were given massages at the sex offender’s homes.

The lawyer for the women has told BBC Panorama he plans to serve subpoenas to force the Duke of York to testify as a witness in all five cases.

He says the prince could have important information about sex trafficking.

The prince says he did not witness or suspect any suspicious behaviour during visits to Epstein’s homes.

Epstein took his own life in a jail cell in August, aged 66, while awaiting trial on sex trafficking charges.

The lawyer for victims of the US financier, David Boies, said: “One of the things that we have tried is to interview Prince Andrew and to try to get what his explanation is. He was a frequent visitor. They ought to submit to an interview. They ought to talk about it.”

The subpoenas – court summonses to give testimony – have been prepared for all five cases and would have to be signed off by a judge once the prince was on US soil.

He would then be able to challenge the subpoena in court if he did not want to give evidence.

Another lawyer, Spencer Kuvin, who questioned Epstein a decade ago and now represents several of his unnamed alleged victims, made a personal plea for Prince Andrew to give a sworn testimony.

“Be a man, stand up for what you believe and what you’re saying is the truth and come forward,” said Mr Kuvin on BBC Radio 4’s Today programme.

Mr Kuvin said he is not planning to serve a subpoena but added: “If he truly wants to help these victims, then step forward.”

Panorama also uncovered new information about the infamous photo of Prince Andrew with his arm around 17-year-old Virginia Giuffre – then called Virginia Roberts.

She said that she, the prince, Epstein and his then girlfriend, the socialite Ghislaine Maxwell, went to Tramp nightclub in London.

Ms Giuffre said that in the car on the way back “Ghislaine tells me that I have to do for Andrew what I do for Jeffrey and that just made me sick”.

When they got back to the house, she said she asked Epstein to take a picture of her to show her family. She then carried out the instructions to entertain the prince.

“Well there was a bath and it started there and then it led into the bedroom and it didn’t last very long, the whole entire procedure.

“It was disgusting. He wasn’t mean or anything, but he got up and he said thanks and walked out.”

Prince Andrew emphatically denies any form of sexual contact or relationship with Virginia Giuffre and says any claim to the contrary is false and without foundation.

He said he has no recollection of ever meeting her.

On Tuesday, lawyer Lisa Bloom – who represents five other Epstein accusers – told ITV’s This Morning that she has a witness who says she was at Tramp nightclub on the night when the alleged incident happened, and “saw Prince Andrew with Virginia”.

“She remembers it vividly because she was told ‘this is a member of the Royal Family’,” said Ms Bloom. “That was a very big thing to her, she was shocked and she saw Virginia there with him and so I’m going to take her to the FBI.”

The photo of them together was first published in 2011 after the Mail on Sunday tracked down Ms Giuffre and paid her $160,000 for her story.

This year palace sources started suggesting the photo was a fake – but Prince Andrew stopped just short of that in his interview with BBC Newsnight.

“It’s very difficult to be able to prove it but I don’t remember that photograph being taken. That’s me but whether that’s my hand… I have simply no recollection of the photograph ever being taken.”

The prince also said he thought he had never been upstairs in his friend Ghislaine Maxwell’s house, where the photo appears to have been taken.

But Ms Giuffre told Panorama the photo is genuine and she gave the original to the FBI in 2011.

“I think the world is getting sick of these ridiculous excuses. It’s a real photo,” she said. “I’ve given it to the FBI for their investigation and it’s an authentic photo. There’s a date on the back of it from when it was printed.”

She said the date on the back of the photo is 13 March 2001 – two days after she left London on her trip with Epstein and Ms Maxwell.

Panorama also spoke to the freelance photographer Michael Thomas who first copied the picture in 2011.

He is convinced the picture is genuine because he found it in the middle of a bundle of photos that Ms Giuffre handed him from her travels with Epstein and Ms Maxwell.

He said: “It was nothing sophisticated. These were 5×7 photos that looked like they had come from Boots the chemist. They were typical teenage snaps.”

The programme also found evidence that supports Ms Giuffre’s claim that she gave the original to the FBI.

A redacted court document shows she gave 20 photos to the FBI in 2011 and they were scanned front and back.

But there are only 19 photos shown in the public version.

Panorama has been told the Prince Andrew photo was removed from the public document to protect his privacy.

The news that five women say that Prince Andrew witnessed Epstein and his guests receiving massages and have prepared subpoenas should he travel to the US is bad for the prince on several fronts.

He says he had at no time seen, witnessed or suspected suspicious behaviour at Epstein residences. This flatly contradicts that.

The existence of subpoenas – court-backed demands for sworn testimony – makes any visit to the US by the prince vanishingly unlikely. It’s pretty extraordinary: the Queen’s second son is now effectively unable to travel to the US, unless he fancies being forced to give a deposition.

The subpoenas can be challenged, but it would be a huge risk getting embroiled in the US legal system.

This news, and the rest of the programme, with a powerful interview by Virginia Giuffre, puts Prince Andrew, his relationship with Jeffrey Epstein, and his denials, back into the spotlight. The controversy refuses to go away; instead, it grows.

“Ghislaine controlled the girls. She was like the Madam,” she said.

“She was like the nuts and bolts of the sex trafficking operation and she would always visit Jeffrey on the island to make sure the girls were doing what they were supposed to be doing.

“She knew what Jeffrey liked. She worked and helped maintain Jeffrey’s standard by intimidation, by intimidating the girls, so this was very much a joint effort.”

Ms Maxwell could not be reached for comment but has previously denied any involvement in or knowledge of Epstein’s abuse.

Allegations of sex abuse against her were first made public in court documents in 2009, but Prince Andrew has maintained the friendship.

Panorama uncovered an email from 2015 which suggests he even asked for Ms Maxwell’s help in dealing with Virginia Giuffre’s claims. She was known at the time by her maiden name Virginia Roberts.

In the email the prince told Ms Maxwell: “Let me know when we can talk. Got some specific questions to ask you about Virginia Roberts.”

She replied: “Have some info. Call me when you have a moment.”

Prince Andrew declined to answer Panorama’s detailed questions but he said in a statement that he deplores the exploitation of any human being and would not condone, participate in or encourage any such behaviour.

“The Duke of York unequivocally regrets his ill-judged association with Jeffrey Epstein. Epstein’s suicide left many unanswered questions, particularly for his victims. The duke deeply sympathises with those affected who want some form of closure.

“It is his hope that, in time, they will be able to rebuild their lives. The duke is willing to help any appropriate law enforcement agency with their investigations, if required.”